What is the Army of Mary? What do they believe? 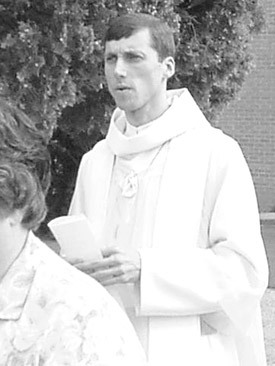 Arkansas Catholic file
Father Benedict Picard, in this 2001 photo, was a member of the Army of Mary and chaplain to the Hot Springs sisters until 2004.

Arkansas Catholic file
Father Benedict Picard, in this 2001 photo, was a member of the Army of Mary and chaplain to the Hot Springs sisters until 2004.

The Army of Mary, also known as the Community of the Lady of All Nations, has had an increasingly stormy relationship with Church authorities.

Although it was approved as a Catholic association in 1975, Cardinal Louis-Albert Vachon of Quebec revoked that standing in 1987, after a committee of theologians investigated the group's writings.

In 2001, the Canadian bishops issued a doctrinal note confirming that the teachings promoted by the Army of Mary were contrary to fundamental doctrines of the Church.

Specifically, the group erroneously affirms that although Mary was once the historical mother of Jesus, she is now "reincarnated" and "dwells" in the very person of the recipient of these presumed private revelations, Marie-Paul Giguere.

Most people believe the final act of defiance that pushed the Vatican toward writing the declaration in July was the ordination of six men outside Quebec City, Canada, by another priest of the association.

Father Erik Pohlmeier, former chaplain for the six nuns excommunicated in Hot Springs, said the average Catholic who met the nuns would not recognize anything different about their beliefs, but the prayer they often say at Mass to Our Lady of All Nations concerned many local laypeople. In the prayer, they pray to "the Immaculate," who "once was Mary."

"They believe Mary existed before she was even Mary," Father Pohlmeier said. "This person (the Immaculate) already existed and took on the flesh of Mary and is known today as Marie-Paul."

Father Pohlmeier said the ordination of the six priests was setting the stage for the members to break away completely and they likely would not consider themselves Catholic anymore.

"They are declaring their own church," he said. "When you ordain priests without permission and not with a bishop, it's an invalid ordination."

"The Church of John is now what they (association members) say they are following," Father Pohlmeier said.

It is believed the worldwide association has between 20,000 to 25,000 members, including an order of priests.

Catholic News Service and Malea Hargett contributed to this article.