Bishop Taylor to congressmen: Decent health care is a right 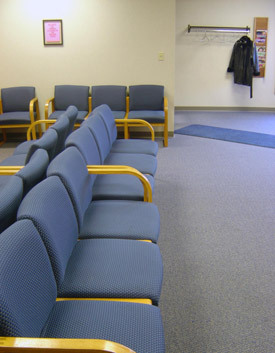 Bishop Anthony B. Taylor is weighing in on the health care reform debate, saying the goal should be that "no one in our society be without the benefit of appropriate medical care." On July 24 he sent a letter to all of Arkansas' representatives and senators in Congress. The letter was approved by the diocese's priest council, called the Presbyteral Council.

On July 17, 2009, Bishop William F. Murphy of the Diocese of Rockville Centre wrote to the members of the U.S. House of Representatives and Senate (with copies sent to the White House and U.S. Department of Health and Human Services) on behalf of the United States Conference of Catholic Bishops regarding the need for a genuine life-affirming reform of our nation's health care system. He wrote in his capacity as Chairman of the USCCB Committee Domestic Justice and Human Development. I am writing you today in my capacity as Bishop of the Catholic Diocese of Little Rock which includes the entire state of Arkansas, to join my voice to that of Bishop Murphy and the rest of the USCCB, as well as that of many other religious leaders, for a comprehensive reform of our health care system that protects human life from the moment of conception to natural death and which is truly inclusive, so that no one in our society be without the benefit of appropriate medical care. This letter is endorsed by the Presbyteral Council of the Diocese of Little Rock and the following, which reproduces in large measure the statement of Bishop Murphy and the USCCB, is an official statement on this topic by the Catholic Church in Arkansas.

Respect for life and dignity: We strongly oppose inclusion of abortion as part of a national health care benefit. We also oppose inclusion of technologies that similarly fail to uphold the sanctity and dignity of life. No health care reform plan should compel us or others to pay for the destruction of human life, whether through government funding or mandatory coverage of abortion. Any such action would be morally wrong. It also would be politically unwise. No health care legislation that compels Americans to pay for or participate in abortion will find sufficient votes to pass.

For decades, Congress has respected the right of health care providers to decline involvement in abortion or abortion referrals, without exception, and has respected moral and religious objections in other contexts as well. (Note 1) Health care reform cannot be a vehicle for abandoning this consensus which respects freedom of conscience and honors our best American traditions. Any legislation should reflect longstanding and widely supported current policies on abortion funding, mandates and conscience protections because they represent sound morality, wise policy and political reality. Making the legislation "abortion-neutral" in this sense will be essential for widely accepted reform.

Access for all: Reform efforts must begin with the principle that decent health care is not a privilege, but a right (Note 2) and a requirement to protect the life and dignity of every person. (Note 3) All people need and should have access to comprehensive, (Note 4) quality health care that they can afford, and it should not depend on their stage of life, where or whether they or their parents work, how much they earn, where they live, or where they were born. The Bishops' Conference believes health care reform should be truly universal and it should be genuinely affordable. Many lower-income families simply lack the resources to meet their health care expenses. For these families, significant premiums and cost-sharing charges can serve as barriers to obtaining coverage or seeing a doctor. (Note 5)

After health care reform is implemented, some individuals and families, including immigrants, will still lack health insurance coverage. We have a responsibility to ensure that no one is left without the ability to see a doctor when he or she is sick or get emergency care when his or her health is at risk. Therefore, we urge Congress to ensure sufficient funding for safety-net clinics, hospitals and other providers serving those who will continue to fall through the cracks of a reformed system. (Note 6)

Health care is a fundamental issue of human life and dignity. Health care is a critical component of the Catholic Church's ministry. (Note 7) The Church provides health care, purchases health care and picks up the pieces of a failing health care system. The Catholic community encounters and serves the sick and uninsured in our emergency rooms, shelters and on the doorsteps of our parishes. Nationwide, one out of six patients is cared for in Catholic hospitals and there are 16 Catholic hospitals and health care centers in Arkansas. Your Catholic constituents bring both strong convictions and everyday experience to the issue of health care. We look forward to working with you on these priorities as you make important choices on how to strengthen and improve health care, a most important national priority. Genuine health care reform that protects the life and dignity of all is a moral imperative and a vital national obligation.

Sincerely in Christ,
Most Rev. Anthony B. Taylor
Bishop of Little Rock

Note 1: The Weldon amendment to the Labor/HHS appropriations act, approved by Congress each year since 2004, forbids any federal agency or program (or state or local government receiving federal funds under the act) to discriminate against individual or institutional health care providers or insurers because they decline to provide, pay for, provide coverage of, or refer for abortion. Programs, such as Medicaid, that provide funding for the rare "Hyde exception" abortions, also provide for participation in the program by health care providers who decline to provide any abortions at all. (For a list of such federal laws, see http://www.usccb.org/prolife/issues/abortion/crmay08.pdf).

Note 2: The importance of understanding access to decent health care as a fundamental human right should not be underestimated. This means that access to health care be seen in a way similar to other fundamental human rights, for instance the right of every American to a free and tax supported public education-instead of as a commodity to be profited from. It also means that ensuring the profits and revenue streams of insurance companies, pharmaceutical companies, hospitals, doctors and stock investors must be subordinate to guaranteeing the fundamental right of access to health care. The basic flaw in our current system is that it is built on the belief that human life (people's illnesses and health care) is a commodity to be bought and sold, and for people to profit from. The paradigm shift called for here is to make the sanctity of life (and thus the fundament right of people to receive health care) the starting point of our reform efforts, not merely the right of people to purchase health care.

Note 3: Moreover, comprehensive health care is for the greater good of society long term. If a large percentage of the population cannot get the health care they need, the number of people with infectious and disabling diseases will increase and will put at risk the well being of society as a whole, both in terms of public health (through the spread of infectious disease) and in terms of social functioning: disabled people often cannot work and when they do need life-saving care, it can be extremely expensive.

Note 4: "Comprehensive" does not mean that health insurance programs (government or private) would have to pay for every possible type of medical procedure. They can choose to exclude certain types of procedures. For instance abortion or plastic surgery when done solely for aesthetic reasons.

Note 5: The USCCB insists that Medicaid cost-sharing protections should be maintained and new coverage options should protect the lowest income enrollees from burdensome cost sharing. We urge Congress to limit premiums or exempt families earning less than 200 percent of the Federal Poverty Level from monthly premiums. We also recommend limiting co-payments and other costs which could discourage needed care. In order to move toward universal coverage, we urge increases in eligibility levels. For example, we urge Congress to maintain at least the proposed minimum national eligibility level for Medicaid at 150 percent and CHIP at 300 percent of the Federal Poverty Level; to ensure comprehensive coverage; and to provide states with the resources to expand coverage.

Note 6: The Catholic bishops renew our appeal to provide equity for immigrants in access to health care. This can be accomplished, in part, by repealing the five-year ban for legal immigrants to access Medicaid; repealing the applicability of "sponsor-deeming" for Medicaid and CHIP; and ensuring that pregnant women in the United States, who will be giving birth to children who are United States citizens, are eligible along with their unborn children for health care regardless of their immigration status. Immigrants pay the same taxes as citizens and their health needs cannot be ignored. Leaving them outside a reformed system is both unfair and unwise.

Note 7: Health care is in fact a matter of concern for a broad spectrum of people of faith, as is evident by the large number of Arkansas clergy who are signatories to the recent "Arkansas Clergy Letter on Comprehensive Health Care Reform." The Catholic clergy of Arkansas accept and endorse this general statement of our fellow members of the Arkansas clergy, but find that it does not go far enough in calling for specific protection for the unborn, the aged and the immigrant, as well as protection for the conscience of health care providers.