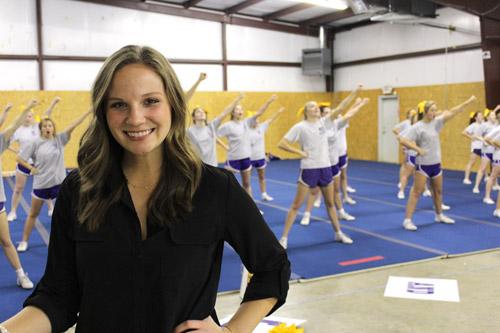 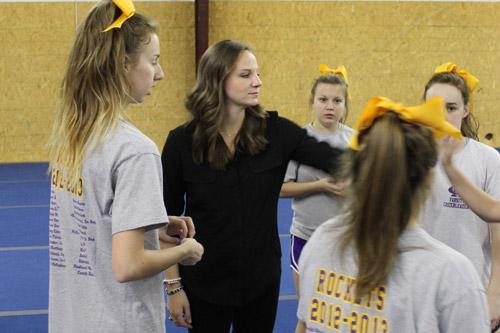 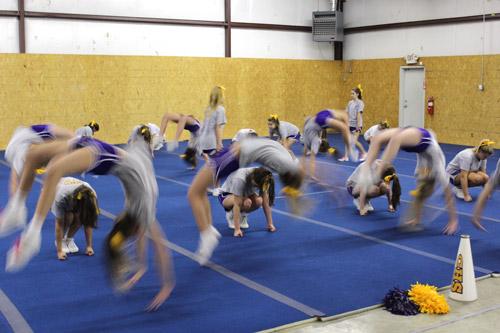 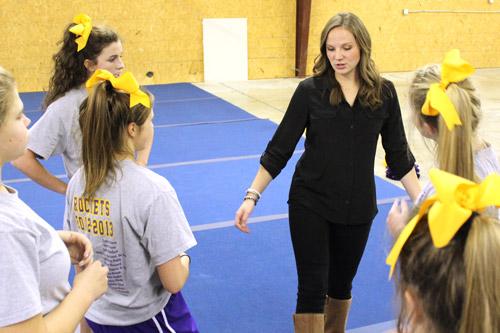 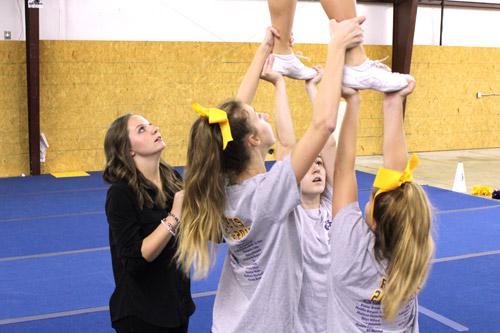 It’s a Wednesday afternoon and a group of high school athletes have gathered for practice in a nondescript gym tucked away in a Little Rock industrial park.

Exertion dampens the air of the bare-bones facility where coaches bark commands and instructions. Music pumps through speakers, but the athletes’ faces show this isn’t fun and games. The state championship is around the corner and things are not as they should be. One competitor crouches off to the side having aggravated a wrist injury while others sport knee braces, scars and assorted bumps and bruises from a season of intense competition.

After a short water break, Coach barks, “Again!” The athletes, trying hard to forget about the stack of mid-term homework awaiting them, return to their assignments.

It’s a familiar scene played out all over the state at the midpoint of the school year, as football enters its playoff stretch and basketball just starts to hit its stride. But on this day the only baskets are basket tosses; the only Hail Marys are the ones the 5-foot-nothing flyers whisper for protection against dropping 15 feet to the ground.

Helmets are for sissies. Welcome to the full-contact world of high school cheerleading.

If she wasn’t in street clothes, it might be hard to tell head coach Annie McFadden from some of her Mount St. Mary Academy squad members. After all, it wasn’t that long ago she was one of them, having graduated from MSM in 2008 after four years in cheer, captaining the squad as a senior. She moves easily among her 26 girls, instructing here, correcting there and handing out high fives at every turn.

“My girls’ talent and drive never cease to amaze me,” McFadden said. “They perform through injuries and push themselves to be the best they can be.”

McFadden, 22, stepped into the role of head coach by accident. A newly minted graduate of the University of Mississippi, she sat down with some of her former mentors at Mount St. Mary to get some career advice. Before she knew it, school administrators offered her a dual position on staff as public relations specialist and head cheerleading coach.

“I never even considered coaching,” she said. “I just kind of lucked into it.”

Once in the job, however, McFadden quickly constructed an ambitious plan for the program. — in addition to the pep rallies and games for both Mount St. Mary and Catholic High, this would be a program that went beyond sideline entertainment and moved into competition. While for most of the squad competitive cheer was foreign ground, McFadden scheduled the team’s first competitive match and got to work.

So began a series of painful baby steps for the team, each McFadden met with her trademark positivity. Her enthusiasm and drive made an immediate impact, particularly  on the upperclassmen.

“It was different than what we were used to, but in a good way,” said senior Jayme Howard, a member of Immaculate Conception Church in North Little Rock. “She’s younger, she understands what it’s like to cheer and she was very involved in getting us to do what we needed to do.”

“My sophomore year is when the Mount started competing at the state level,” McFadden said. “I thought then that by the time I was a senior we would have grown to where we could be competitive with other 7A schools.”

Not only did that not materialize in McFadden’s high school career, but when she took over the squad in April she found not much had changed.

“Most of the teams that are successful compete in five to seven contests a year,” she said. “We do one. We’re not prepared to compete at the state level.”

Like most cheerleaders, McFadden has had to deal with a perception of her sport that trivializes its demands, relegating it to a diversionary component of so-called “real” sports. This despite hours spent in practice both with the team and through individual training in gymnastics, dance and, in some cases, club cheerleading.

“Cheerleading isn’t what it used to be,” she said. “It’s not just using pom-poms and cheering on your team. Now cheerleaders are expected to tumble, stunt, jump, dance and cheer.”

Injuries are also part of the game. Braces and wraps for every joint from the wrists to the ankles are on display at a cheerleading practice as girls are hoisted, tossed, flipped and spun in every direction. Most have at least one horror story to tell about a bad landing or other mishap. They show their scars with pride — McFadden included — almost as a testament to the depth of their school spirit.

“The football season came accompanied by the rain,” she said. “However, the girls didn’t let the weather deter their enthusiasm for the game. They showed their loyalty to the Rockets by cheering the entire game, ponchos and all.”

McFadden, a member of the Cathedral of St. Andrew in Little Rock, also revived the school’s January cheer camp to get youngsters interested in the sport early. She has a goal of increasing the number of competitions for the varsity team and hopes to one day host a competition at the Mount. One thing that isn’t in the immediate plans: adding boys to the team.

“Guys add a whole different dynamic to a cheer squad,” she said. “I like that we are building a sense of sisterhood on our team.”