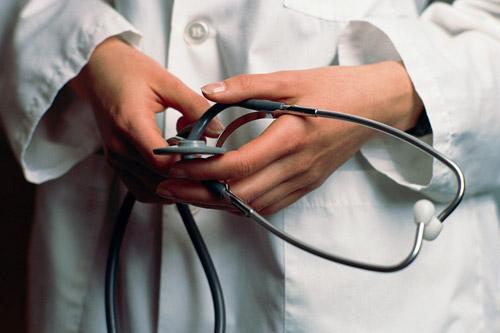 The bishop's Medicaid statement is available in Spanish here.

Bishop Anthony B. Taylor said approving the expansion of Medicaid to cover an additional 250,000 uninsured Arkansans should be a priority of the Arkansas Legislature because it is an issue related directly to respect for life and human dignity.

The bishop’s statement titled “Arkansas, Medicaid and the Common Good” was released Jan. 31 as the legislature debated whether to allow the expansion. The Affordable Health Care Act provides for the expansion’s funding, but only for three years. After that, the state will be required to pay for up to 10 percent of the additional cost by 2020.

The statement was sent to Gov. Mike Beebe, legislators and pastors.

The following is the bishop’s entire statement:

“The legacy of the 89th General Assembly can be its courageous concern for the common good by expanding Medicaid to cover 250,000 uninsured Arkansans,” Bishop Taylor says.

“The central teaching of Catholic social doctrine is the sanctity and dignity of the human person. This pro-life tradition means more than just opposing the intentional destruction of life before birth, it calls for affirming life at all times and at every stage. Referred to as the Catholic Consistent Life Ethic, the Church’s concern extends beyond its members to the common good of all people. Thus, the Catholic Church seeks access to decent housing, a just wage, educational opportunity and essential health care for all in society. The working poor in Arkansas are a particular concern at this time. Their need for adequate health care within their means is why I support and encourage the 89th General Assembly to expand access to Medicaid in Arkansas.

“There are many legitimate interests competing for limited resources to fund state services in Arkansas. Our leaders must often establish priorities based on considerations they do not control. Yet, respecting life and its inherent dignity should always be guiding principles in legislative decisions. The Rand Corp recently published a report projecting that 2,300 lives would be saved in Arkansas annually if Medicaid is expanded to 250,000 additional citizens. Certainly, pain and suffering would also be alleviated. People who now appear in the hospital emergency room with advanced conditions would have the coverage necessary to access timely, primary health care to address conditions when they are easier and less expensive to treat.

“Last summer, the U.S. Supreme Court ruled that under the Affordable Care Act states have the option to expand Medicaid coverage to people who do not qualify for the program at present and who are unable to afford private coverage or participate in the state’s health insurance exchange. Since that time, the federal government has offered to fund the full cost of this expansion in Arkansas for a period of three years. Additionally Arkansans will not have to pay for more than 10 percent of the costs of the expansion in the future. The savings and revenue to local hospitals, jobs created and income and sales taxes generated by the infusion of funds will offset all or most of that cost. Legitimate concerns certainly do exist about the federal debt but denying a quarter million of our people access to health care will not improve that debt.

“Arkansas Advocates for Children and Families reports that Medicaid expansion could give coverage to nearly 250,000 Arkansans who are presently uninsured. Medicaid coverage would provide basic health care; people would be able to see a doctor before health issues spin out of control. Preventive care and early diagnosis would mean fewer emergency room visits and health care costs would be lowered for everyone. This would truly benefit the common good.

“It helps to put some real life statistics behind the 250,000 and realize most are hard-working, but low-paid adults doing things to help many of us. According to a recent chart in Arkansas Business, there are 314,000 people in Arkansas working for wages between $7.50 and $9.99 per hour. Many of these hardworking people are either self- employed or work for small businesses that do not offer insurance. The Medicaid expansion will help many of these people get the coverage they need to stay healthier and better able to support their families. The irony is, whether or not the state expands Medicaid, those above the poverty line will obtain subsidized insurance coverage within the Insurance Exchange. Those below the poverty level -- many of those low-wage but hard-working people -- will not qualify for any health coverage without the Medicaid expansion as they are not eligible to participate in the exchange.

“Experts estimate that Medicaid expansion will save the state money, while at the same time stimulating the state’s economy. According to the University of Arkansas Sam M. Walton College of Business, every dollar the state spends on Medicaid results in a six-fold increase in spending through the local economy. In 2009 alone, Medicaid spending in Arkansas created 70,277 jobs. Medicaid expansion is expected to create many more new jobs.

“While Medicaid expansion will benefit the Arkansas economy, Catholic support is not based on dollars and cents. We know that the role of government is to foster the common good. This includes making sure that everyone has ready access to the things needed to lead a truly human life with dignity. Pope Benedict XVI teaches that health is a ‘precious asset’ to society that government should protect by ‘dedicating the equipment, resources and energy so that the greatest number of people can have access.’

“For 100 years, America’s Catholic bishops have been a voice calling for universal health care as necessary for life and human dignity, especially for the poor and immigrants. All people need affordable, quality health care, without regard to where or whether they work, how much they earn or where they live. No human being is expendable. A just and moral health care policy reflects this truth and promotes preventive care and early treatment for all. It is wasteful and an injustice to us all for the working poor to have to resort to health care through a costly trip to the hospital emergency room.

“The legacy of the 89th General Assembly can be its courageous concern for the common good by expanding Medicaid to cover 250,000 uninsured Arkansans. Taking this step will produce moral, social and economic benefits for our state and affirm that Arkansas respects the dignity and God-given worth of all who make their home here.”

The bishop's Medicaid statement is available in Spanish here.