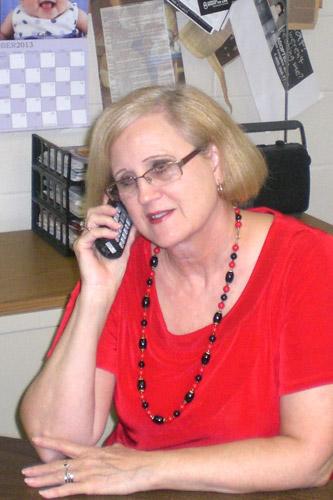 Aprille Hanson
Rose Mimms spends her time advocating against abortion, euthanasia and embryonic stem-cell research as the director of Arkansas Right to Life.

Aprille Hanson
Rose Mimms spends her time advocating against abortion, euthanasia and embryonic stem-cell research as the director of Arkansas Right to Life.

Why you want to know Rose Mimms: Rose is a voice for the voiceless —- the roughly 1.2 million babies killed each year in the United States from abortion. Since the 1990s, her mission has been education on pro-life causes as executive director of Arkansas Right to Life in Little Rock.

Why is pro-life work close to your heart?

One Sunday, I picked up our newspaper. In it was a full-page picture of babies, dead babies in a garbage can. That picture broke my heart because I had two babies and I had no idea that was happening in our country. God doesn’t make mistakes and for us to be destroying 4,000 babies a day and the majority of those because women don’t want to be pregnant, that’s just wrong.

What is one story that sticks out in your mind that helped strengthen your faith in pro-life work?

I had these two young girls come to the door and ask where the abortion clinic was. She said she was there for an 11 o’clock abortion. I just started talking to her asking, ‘Why do you want to have an abortion?’ Her friend said she has a right to have an abortion. She hardly said a word but her friend was talkative ... the girl listened. I kept talking; finally the friend said, ‘If you’re not going to tell us where it is we’re leaving.’

Well, God in his goodness allowed me to see what happened that day. We do a booth every year at the Arkansas State Fair. One Saturday one of my volunteers called and said they couldn’t go, so I went. Lo and behold, this girl walks up to the booth and she’s big and pregnant. I said, ‘We’ve met before.’ It was that girl, showing up for that abortion. I was just so thankful to God for letting me to see that girl was going to have that baby.

You participate in your church choir when you can — do you have a favorite song?

I really love “Hosea.” I grew up in a Catholic family and we participated in the holy day liturgies and everything, but once I grew up it was more out of habit instead of a desire to participate. One day they sang that song; ‘Come back to me with all your heart, don’t let fear keep us apart.’ It helped me to see God always wants to have a relationship.

What would people be surprised to know about you?

My brother is Father Paul Worm. He’s in Texarkana at St. Edward Church. He’s a pro-life priest and I’m very proud of him.

What is your hope for the future?

We want to make abortion unthinkable. We want to educate people and change their minds so they can try to help us to stop it: protect women and help to save unborn children.