Arkansas parishioners urged to give generously during weekend Masses Sept. 13-14 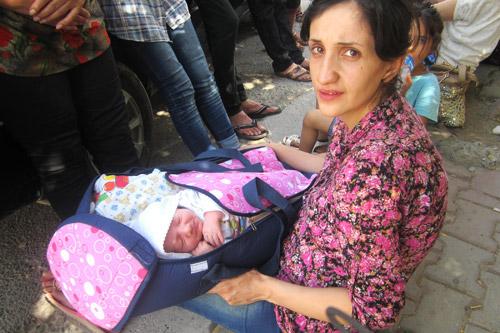 WASHINGTON (CNS) — Parishes in the Diocese of Little Rock will take a collection Sept. 13-14 for humanitarian needs and pastoral support for Christians and other victims of violence in the Middle East.

The president of the U.S. bishops’ conference Aug. 19 asked Catholic bishops across the country to take up a special collection.

Amid the ongoing crisis in what is “the cradle of Christianity,” the Catholic Church “mourns the terrible suffering of Christians and other innocent victims of violence in Iraq, Syria and Gaza who are struggling to survive, protect their children and live with dignity in dire conditions,” said Archbishop Joseph E. Kurtz of Louisville, Ky.

Emphasizing “the extraordinary nature of this crisis,” he urged the bishops to have parishes in their dioceses hold the collection the weekend of Sept. 6-7 or Sept. 13-14 and to send the contributions as soon as possible to the Office of National Collections at the U.S. Conference of Catholic Bishops in Washington.

Funds from the collection will be used by Catholic Relief Services, the U.S. bishops’ overseas relief and development organization, and other Catholic agencies “working in partnership with the local church” to meet the most urgent humanitarian needs of people in the three countries, he said in a letter to his fellow bishops.

The agencies also will use the money to help refugees who have fled Iraq, Syria and Gaza to neighboring countries.

“Our Christian brothers and sisters and other innocent victims of the violence in the Middle East urgently need the assistance of the Catholic community of the United States,” Archbishop Kurtz said.

CRS and other agencies “have well-established partnerships with the Catholic Church in the region which allow them to respond quickly and efficiently to victims.