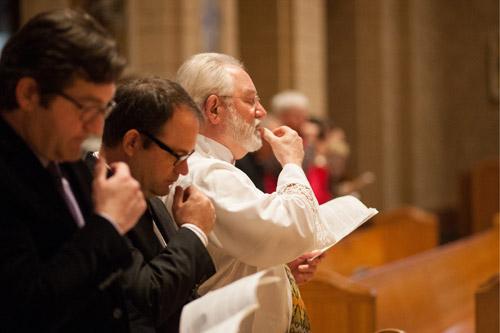 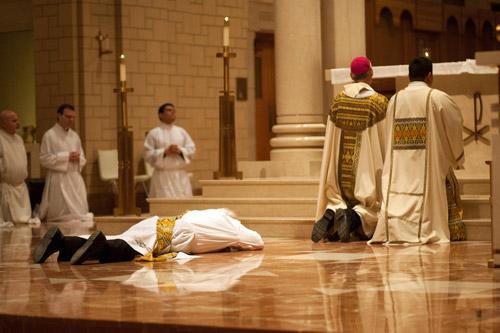 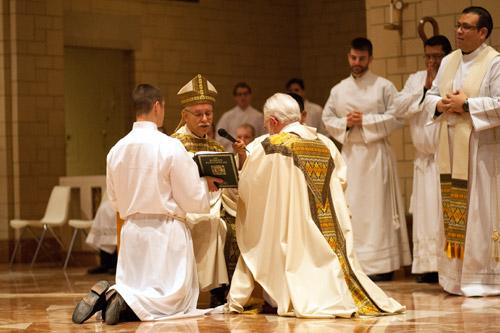 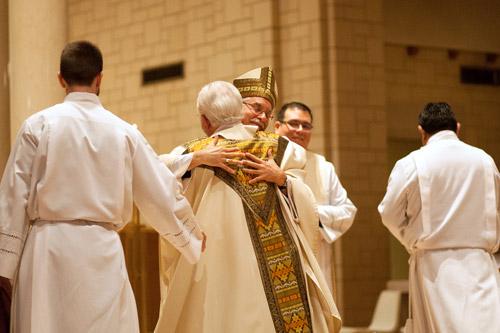 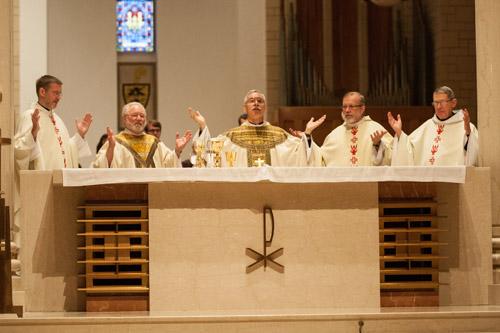 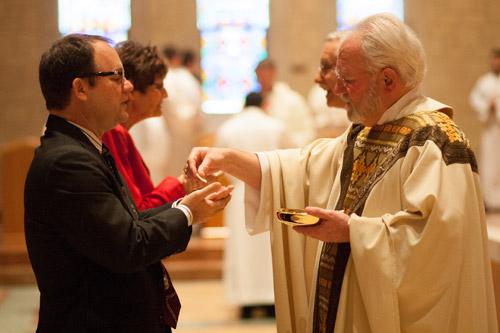 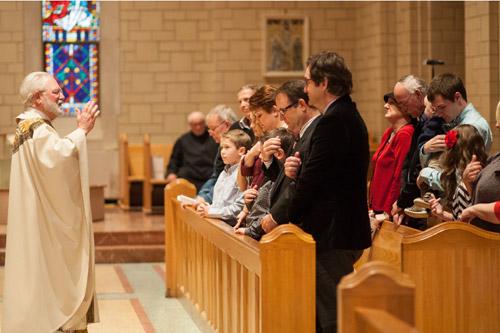 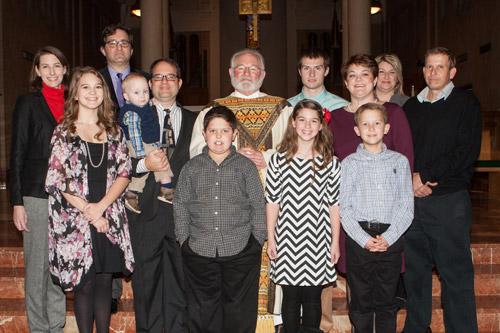 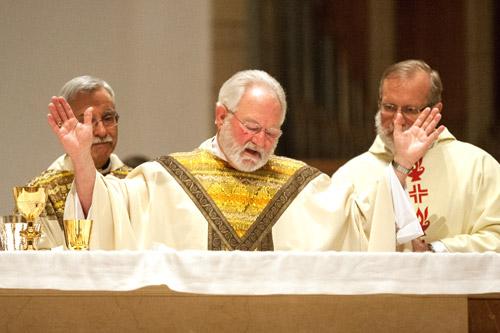 SUBIACO — The Dec. 20 ordination of Father Jack Sidler had major significance for the Diocese of Little Rock.

The 70-year-old grandfather, who was the oldest seminarian at Sacred Heart Seminary in Hales Corner, Wis., was ordained at Subiaco Abbey by Bishop Anthony B. Taylor. He is believed to be the oldest priest ordained for the Diocese of Little Rock. Father Paul Hennessey, ordained at age 70 in 1992, was a few months younger. Father Sidler also is the only priest in the diocese who is a widower.

Father Sidler chose to be ordained at St. Benedict Church to be close to his Benedictine roots and his home parish, Sacred Heart of Mary Church in Barling.

“I wanted to be ordained in my local community,” he said, “and all of my first sacraments were in Benedictine parishes. Father Maurus Gerke of St. Boniface gave me instructions in the Catholic faith, and shortly after that I married (my late wife) Dee at St. Meinrad’s in Prairie View.”

The abbey was filled with family and friends — Father Sidler’s three adult children, their spouses and five grandchildren; Barling parishioners; the diocesan seminarians with whom he shared his journey, and the priests of the diocese, who concelebrated the Mass with Bishop Taylor.

The theme of the Gospel chosen by Father Sidler for his ordination and first Mass was “Nothing is impossible with God.”

In his homily, Bishop Taylor said that the Gospel passage, Luke 1:26-38, the story of the annunciation and visitation, fit well because “holy mother Church chose her son to be a priest in his old age.’

“Like the Angel Gabriel, Jack is to be a messenger of the good news,” Bishop Taylor said.

Father Sidler said he will take the commission seriously.

“I want to be a happy priest who enjoys what he’s doing,” he said. “As a servant I should be happy, because that’s why I became a priest. Happiness takes a good prayer life, trust in God, and the grace to freely embrace God’s will for my life.”

Following the homily, Father Sidler made his ordination promises and prostrated himself before the altar. Bishop Taylor and the concelebrating priests laid hands on him one by one, and Bishop Taylor prayed the prayer of ordination over him.

“Bishop Taylor did a good job of anointing my hands,” Father Sidler said. “It was a whole different level of spiritual feeling. I was being prepared for four years, focusing every day on getting there to be ordained. The anointing represented the end of one part of life and the beginning of another.”

Father Sidler’s three children, who had enthusiastically supported his journey to the priesthood, presented the bread and wine to Bishop Taylor at the offertory. Bishop Taylor placed the paten and chalice in Father Sidler’s hands, urging him to “understand what you do, imitate what you celebrate, and conform your life to the mystery of the Lord’s cross.”

In offering thanks after Communion, Bishop Taylor gave special thanks to Father Sidler’s late wife, Dee, who brought him into the Church in 1964.

At the conclusion of Mass, Father Sidler blessed Bishop Taylor, his family and the congregation, and Bishop Taylor blessed everyone present. A choir comprised of members of St. Benedict, St. Boniface and Sacred Heart of Mary churches led the recessional hymn, “Lift High the Cross.”

Before reporting to Christ the King Church in Little Rock in late December, where he will serve as an associate pastor, Father Sidler said his first Mass Dec. 21 at Sacred Heart of Mary Church.

“On that day, I knew that I wanted to be on the other side of the altar,” he said. “Through the grace of God I was extremely comfortable. It exceeded my expectations. I had the joyful, happy feeling of knowing this is where I belong.”