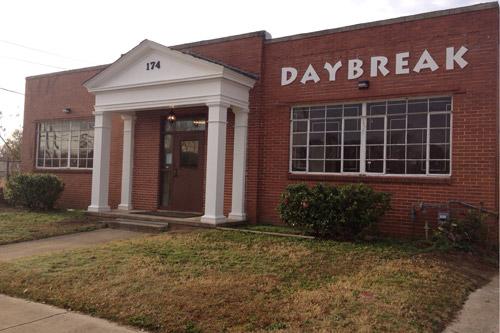 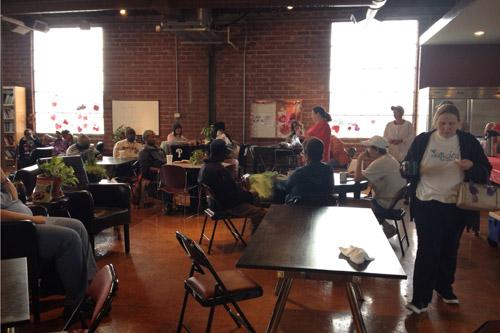 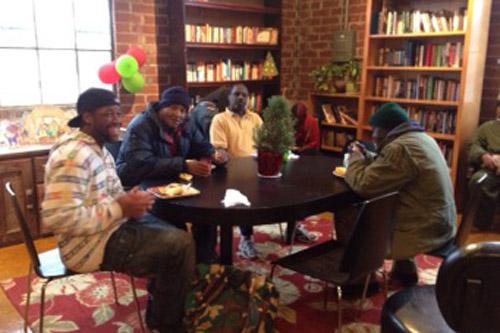 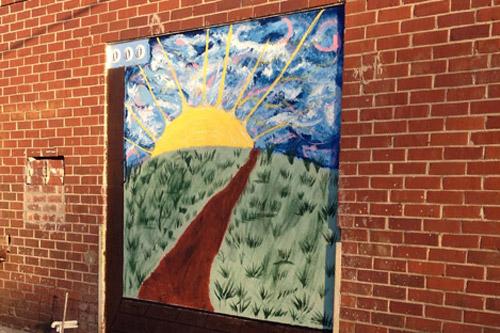 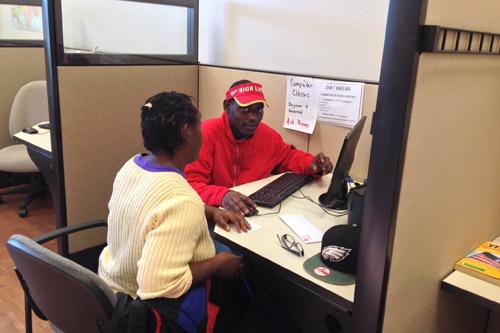 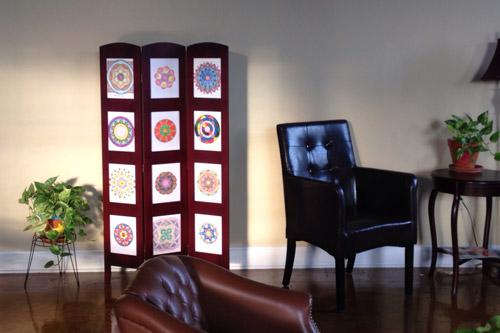 Depaul USA to lead the way for Little Rock homeless 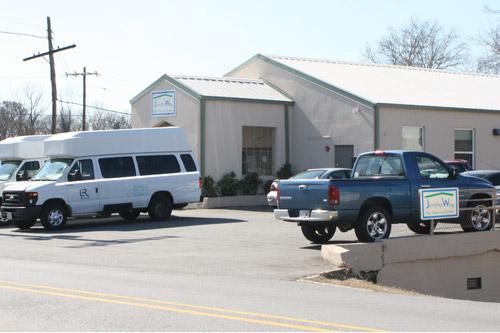 Aprille Hanson
In March, the nonprofit Depaul USA, committed to helping the homeless and rooted in the Catholic tradition of St. Vincent de Paul, will take over the Little Rock city-operated Jericho Way Resource Center for homeless people.

Aprille Hanson
In March, the nonprofit Depaul USA, committed to helping the homeless and rooted in the Catholic tradition of St. Vincent de Paul, will take over the Little Rock city-operated Jericho Way Resource Center for homeless people.

The nationwide nonprofit Depaul USA, which offers services for the homeless to get back on their feet and excel in their communities, is bringing its mission to Little Rock, thanks to a dialogue started between the organization and the city by the Diocese of Little Rock.

Sister Joan Pytlik, DC, the diocese’s minister for religious, reached out to Chuck Levesque, president and executive director of Depaul USA, after seeing several articles on the organization through the website http://www.famVIN.org, part of the St. Vincent de Paul network, she said. After sending a few articles to Mayor Mark Stodola, requesting more information from the organization and a conversation with the assistant city manager, Bryan Day, it all fell into place over time.

“The mayor for some years has been trying to start this day resource center … then he opened it in May 2013 and they weren’t able to hire a director and the city was doing the best that it could but doing the program wasn’t their thing necessarily,” Sister Joan said. “What impressed me (about Depaul USA) was how loving they were to the homeless and how they treated them like adults with dignity.”

What this has turned into for the city is a unique day resource center focused on four key principles for the homeless, who Levesque refers to as “participants,” who come to the center: providing assistance to confront homelessness; improve health and well-being; assistance to become economically self-sufficient; and attain and remain in housing.

“We come out of the Catholic tradition of St. Vincent de Paul,” Levesque said, adding that their mission is not to convert. “We serve people of all faiths, we hire anybody qualified … We do what we do because we are Catholic. We don’t require you to do any religious activities. We are living the faith, acting out our values.”

The city’s board of directors voted Feb. 3 to award a $270,000, 10-month contract to Depaul USA to operate the city-owned day
resource center.

The nonprofit, an offshoot of Depaul International that was started about 25 years ago, has day centers in Philadelphia, New Orleans, St. Louis and Macon, Ga. Little Rock and Chicago are its next endeavors. The Little Rock center, called Jericho Way Resource Center, will be modeled after the nonprofit’s Georgia center called Daybreak.

“We want to treat them with respect and move them to a life of greater dignity,” Levesque said of participants coming to the center. “It’s rare to find organizations that do all those things and on a national level.”

And there are countless stories of people who have reached their goals thanks to the center’s accessibility, said Sister Elizabeth Greim, DC, program director at Daybreak.

“This man was living on the streets for three years. He said, ‘I was just lost and didn’t know what to do. What happened when Daybreak opened, I had access to a phone, access to a computer, I could check my e-mail on it … because I had access to that I was able to finish my disability application,’”

Sister Elizabeth said of the man who cannot have a full-time job because of disabilities, “He said, ‘Now I have my disability (coverage) and my own place. I don’t come down just because I need to use anything anymore. I need companionship and this is the place that became home for me.’”

For Sister Elizabeth, that story in particular shows how the center can be a service for people to empower themselves.

“It made a significant difference in his life. It was the hospitality and openness that allowed him to do it for himself,” Sister Elizabeth said. “He said, ‘I owe everything to Daybreak,’ I said, ‘You owe everything to yourself. Providing you the tools was our way of participating in your own recovery in this situation.’”

Mayor Stodola visited the Georgia center in February 2014 for several hours and while there, a participant interrupted their meeting, Levesque said.

“He came in and said, ‘I don’t want to interrupt, but I wanted to tell you I got a job’ so we all celebrated with him,” Levesque said. “I told the mayor, ‘Please believe we didn’t set this up.’”

But it’s moments like that that impressed the mayor during his visit.

“I was very impressed with their operation and that has led to Depaul USA’s executive director coming to Little Rock,” Stodola told Arkansas Catholic. “I’m excited about their involvement and their approach on how to deal with the homeless. I think it will enhance our ability to help those people get reemployed and into housing. I’m glad (Sister Joan) tipped us on it.”

The center will close for a week and reopen at the end of the March. The operating hours will be in the morning and afternoon.

Daybreak hosts a variety of services, including showers, laundry, health care and education. Levesque said the center is not open for overnight lodging, but they have set up emergency care in the winter when temperatures drop. The center is supported by 10 local Christian churches that often volunteer, something Levesque hopes will happen in Little Rock.

“I think that’s kind of missing there (in Little Rock) now. We want volunteers to get involved in playing games, providing education, job training,” Levesque said.

Daybreak also has a free medical clinic in conjunction with Georgia College. As far as specifics on what Little Rock’s center will include, Levesque said it will take some time to assess the city’s needs.

“We don’t want to duplicate services” already available in the city, Levesque said, but rather form partnerships.

Since Daybreak started in 2012, 3,091 people were helped through various services. In 2014, 47 people transitioned into stable housing.

What is consistent at all the nonprofit centers is the openness to people at all stages of homelessness, whether a transient just needs a shower and a meal to a person who is interested in job training and getting off the streets.

“When someone comes in we want to greet them so they feel welcome, so they can get rest and restoration for the journey to move on,” Levesque said.

If a person comes more than once, a staff member will talk to them about what their needs are. If it’s help finding a job, “we’ll say let’s work on a resume, here’s a computer, let’s try looking for a job,” he said. If it is drug abuse problems, they will provide information on addiction support groups in the area and help a person get set up.

Helping a person reach their full potential, through education and maintaining a stable living situation, is key, he said.

“We think this is a way to live out our Catholic faith. We want to give people this opportunity to live out their faith. If they volunteer we think we’ll be able to offer better services,” Levesque said. “We want to build a community in Little Rock between housed and unhoused people.”

Sister Elizabeth will visit Little Rock Feb. 14-21, meeting with area churches to share information about volunteer opportunities with Depaul USA. To learn more or to request her to speak at a parish, call (478) 954-8096.