A Catholic you want to know: Pro-Lifer Sheila Pursell 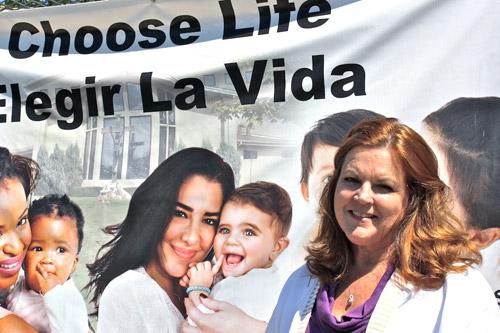 Alesia Schaefer
Sheila Pursell, executive director of the NWA Catholic Respect Life Council, has been involved in the respect life movement for more than 30 years.

Alesia Schaefer
Sheila Pursell, executive director of the NWA Catholic Respect Life Council, has been involved in the respect life movement for more than 30 years.

Why you want to know Sheila: Sheila has been involved with the respect life movement for more than 30 years, first becoming active as a college student. Currently, she is the executive director for the Northwest Arkansas Catholic Respect Life Council and has been president since 2010. She is also secretary for St. Vincent de Paul parish council.

Arkansas Catholic’s theme this year is “Worth it.” What investments of time or money have you made recently to enrich your faith?

For me, being involved with respect life draws you in not only in promoting the sacredness of the unborn and of life, but in your own life as well. When I served under Cardinal John Joseph O’ Connor, archbishop of New York, he used to say, “Your sacredness is not in your doing, but in your being.” This motivates me and I think more need to hear this message.

How and when did you first become involved in the respect life movement?

I got into the pro-life movement in Dallas, Texas, back in the 1980s, largely because of one guy who got me interested in the movement. Back in the 80s, the protests were somewhat different. My roommate was involved in Operation Rescue, and it brought a lot of attention to the abortion clinics at the time. Protesters would lie down in front of the doors of the abortion clinics. Then the police would arrive and arrest those blocking the doors to the clinics. So, I was in jail on numerous occasions, much to my mother’s disapproval. Protests now are more peaceful and prayerful.

What was it like serving under Cardinal O’Connor in New York?

I think he was one of the most outspoken bishops on the sanctity of life and defense of the unborn. I spent six years in New York serving under him. During my time there, I traveled around the archdiocese doing speaking engagements and was involved in helping open a maternity home and the Stanton Library for Life. Shortly after his death in 2000, I returned to Dallas.

Since you were adopted as a child, do you feel this has been a motivating force in your work with respect life?

It is not my adoption that drives me. It is my love for Jesus and a hope in his mercy and a thirst for justice.

I think the unborn are like the slaves of the 1800s or the Jews in the 1940s. They are treated as non-humans and we must stand up for them.

Have you found most people to be supportive of your mission?

Most of the people in northwest Arkansas have been very supportive. During the cold months we have people stop by (the Planned Parenthood clinic in Fayetteville where we pray during the 40 Days for Life) with cups of hot chocolate, coffee and water.

Words to live by?

I grow closer to Christ in reflecting on God’s beauty in each of the people I meet, whether that is the woman going into the clinic, the receptionist or the physician. Recognizing each one’s sacredness is important and knowing it is an inherent part of our being and that we are made in God’s image and likeness reminds me of why I do this.