Questions answered about attending a same-sex wedding, providing services for it 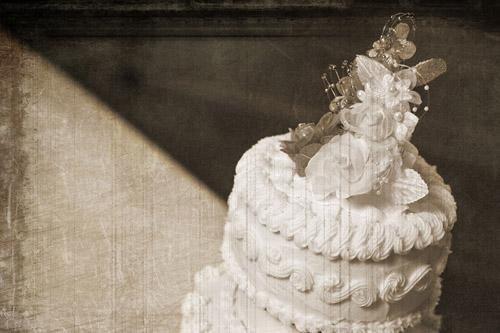 A message from Bishop Anthony B. Taylor to the priests and people of the Diocese of Little Rock:

Since the Supreme Court granted same-sex unions the same status as true marriages and following my recent letter regarding the teaching of the Catholic Church on this question, several practical questions have arisen, as follows:

Q.  To what extent can Catholics participate in or celebrate same-sex "marriages"?  And specifically what about family members who are homosexuals  who may now legally wed?  In charity, what can our participation be?

A.  Catholic clergy cannot attend marriages that are invalid in the eyes of the Church even in the case of their own family members because their presence could be misconstrued as Church approval for the invalidly attempted marriage.  Family other than clergy should err on the side of charity to the degree that their conscience will allow, which will generally result in them attending in order not to shun their loved ones in this way.  In the event that the specific circumstances make it impossible to attend in good conscience, they should at least try to act compassionately in a moment such as this, respecting the human dignity of the persons involved.  The same applies to opposite-sex marriages which would be invalid due to the bond of a prior marriage.

Q.  In the case of Catholics who provide wedding venues, supplies, or other wedding services, to what extent would they be participating in the same-sex "marriage"?

A.  They would be participating in the same-sex marriage to the same degree that they would be participating in any other marriage.  When these types of services involve creative expression (such as with bakers or florists or T-shirt printers) cooperation may become problematic for Catholics because they would then be using their creative gifts to honor a union that they know is against divine and natural law, and thus their cooperation may violate their conscience based on our sincerely held Catholic beliefs.

Q.  What about county clerks who issue marriage licenses and Justices of the Peace?

A.  County clerks are simply performing an administrative task of issuing a license by the state, which is an essential part of their job function, so their cooperation is so remote that they should not feel obligated to resign nor refuse to issue same-sex licenses.  On the other hand, since Justices of the Peace actually witness the vows on behalf of the state, and since witnessing marriages is not essential to the fulfillment of their job functions, their level of cooperation would be more direct.  Thus, Catholic Justices of the Peace are encouraged to simply exercise their option to refuse to witness marriages altogether since the law would otherwise require them to witness both same-sex and opposite sex unions.

Q.  What support is available to faithful Catholics who experience same-sex attraction but do not seek to enter into a same-sex "marriage" because this is contrary to the faith?  Are they thereby condemned to a lonely, solitary life?

A.  There is no reason why any person need necessarily to lead a lonely, solitary life and this includes those who are single, regardless of sexual orientation.  It is quite healthy for singles to develop close, chaste friendships that provide real human support and closeness.  Persons who experience same-sex attraction can benefit greatly from participation in "Courage," which is a Catholic organization which ministers to them and their family and friends. For more information, contact Deacon Bo McAllister at .