At just 28, he has already served as president of the parish council in Texarkana 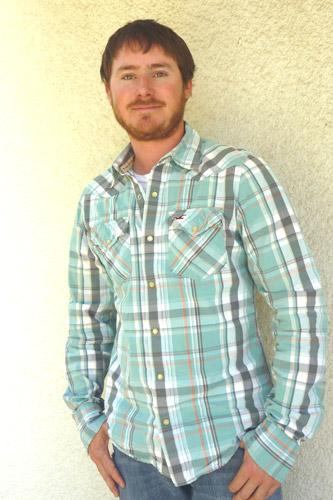 Evan Matthews, a parishioner of St. Edward Church in Texarkana his entire life, is dedicated to serving Jesus and his Church. His parents, grandparents and the late Deacon Joe Bruick have served as worthy role models.

“I want to live by their example,” he said. “I watched the way my parents and grandparents lived, and their relationship with Jesus Christ.”

Matthews, 28, has served as president of the parish council, where he gave support to Christ Renews His Parish programs. He served as lay director of CRHP and helped organize CRHP retreats. He was also a catechist, teaching fourth graders three years and fifth graders a year. He said, “It was neat teaching Sunday school. It gave me a chance to learn, too.”

Since taking a job as an engineer for Anchor Drilling Fluids, he has had to limit church activities somewhat. He works two weeks a month in Pittsburgh. Recently, though, he served on the Vacation Bible School staff as head of games and activities. Smiling, he said, “That was fun. We had about 140 kids. I’m a kid at heart.”

Matthews believes the greatest need of young adults is “a personal relationship with Jesus Christ. And like any relationship, that takes work.”

Which saint would you like to meet and why?

“St. Patrick, my patron saint. With everything he went through, he never gave up. I want to be like that.”

Click for the 15 Catholic young adults who inspire us, 2015 index