You can get the true Catholic news delivered, emailed

Arkansas Catholic helps you learn about your faith locally and globally 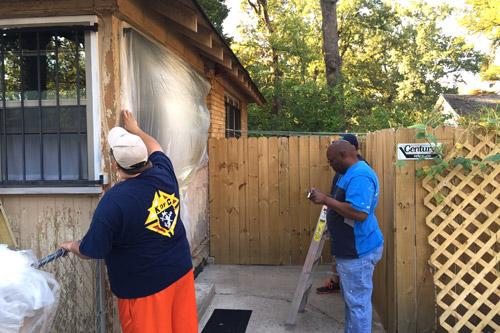 VATICAN CITY -- While not specifically mentioning the controversial proposal of a path toward full reconciliation and Communion for the divorced and civilly remarried, members of the Synod of Bishops on the family handed Pope Francis a report emphasizing an obligation to recognize that not all Catholics in such a situation bear the same amount of blame.

Scholars: Religion a scapegoat in conflicts

WASHINGTON -- Religion, which has been blamed for being behind much of the violence in today’s world, might be a scapegoat, according to one Georgetown University scholar.

What saint inspires you and why?

“I am inspired to be brave by St. Bernadette. She was the oldest in a large family forced into poverty by drought. She had cholera, which left her with many complications and kept her from ...” (Youthspeak, Seeds of Faith)

WASHINGTON -- Those uninterested in the news coverage of Pope Francis’ U.S. visit might have ditched the front page and turned to other sections of the newspaper for a break.

Our unfailing compass for directions are Bible, catechism

On a crisp autumn morning, deep in the Ozark backwoods, I walked through the woods to stake out the best location for deer hunting. (Columns)

Publicly stating “In God We Trust” and “Amen” have been commonplace in the United States for decades, but now they are under fire more than ever. (Editorial)

Arkansas Catholic shares the news that you need most