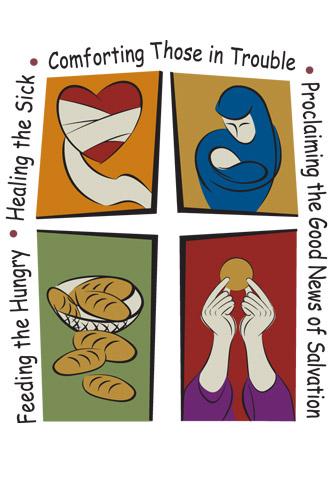 Read Bishop Taylor’s CASA homily in his Arkansas Catholic column this week. Listen to the recording on dolr.org.

For the first time, Catholic Arkansas Sharing Appeal reached its $2 million goal in 2015, and the Diocese of Little Rock is aiming to repeat that achievement in 2016.

CASA’s kickoff weekend will be held Feb. 6-7 during all weekend Masses. Bishop Anthony B. Taylor’s recorded audio homily in English and Spanish will be played during the Masses. Pledge envelopes will be handed out as well to allow for parishioners to make a 10-month pledge or a one-time gift.

This year’s theme is Year of Mercy.

“This truly has been a great Year of Mercy for us,” the bishop said in his recorded homily. “We remember Pope Francis’ visit to the United States last September and his message of hope. He challenged us to live up to the highest ideals of our nation and to work to strengthen family life as the foundation of a society that is merciful and just.”

The $2,010,000 raised in 2015 for diocesan, parish and school ministries came from 7,079 donors. The money also enabled the diocese to expand the House of Formation for seminarians on the Our Lady of Good Counsel campus in Little Rock.

Beginning this year the diocese will be setting aside $475,000 to begin renovating several buildings on the St. John Center campus in Little Rock. Dennis Lee, chancellor for administrative affairs, said the first priority is to put a new roof on Byrne Hall, which was built in 1911 and last renovated in 1995. The diocese also needs to install a new heating and air conditioning system in Fletcher Hall. The building was modernized in 1991, but the original system from the 1960s is still being used in the building that houses overnight groups.

Other key ministries to be supported by the 2016 CASA appeal are:

Development director Dianne Brady said she is humbled by all the donations CASA receives, but especially those she knows are sacrificial.

“We will get some with $1, some that are just 50 cents,” she said. “We get these money orders. I am so amazed that people take the time to buy a money order for the appeal. They are giving what they can. It always makes me feel humble. Even when I get a check for a small amount, I know they might not be able to afford it, but they are giving.”

Read Bishop Taylor’s CASA homily in his Arkansas Catholic column this week. Listen to the recording on dolr.org.