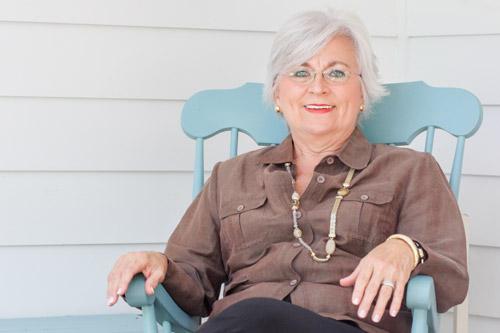 All about Project Rachel

At 29 years old, Pat Daugherty held her newborn daughter in her arms and realized what a blessing she was from God. As touching as it was, bitterness followed after realizing that the two abortions she had years before were in fact children, just like the daughter she was now holding.

“I think what came full circle at that moment was that child I now held, fully formed and perfect, when she was three weeks she had been that child fully formed in my womb,” Daugherty said. “Therefore the children I had aborted previously had also been more than fetuses. I had fought for and believed so deeply in a woman’s right to choose, for the right to have an abortion. I realized I did not have the right to make that choice for that child, because there were two bodies involved.”

She felt God’s forgiveness that night, but it wasn’t until almost 20 years later that the Rev. Daugherty, 65, pastor at Dumas Memorial United Methodist Church in El Dorado, was able to forgive herself and heal by attending Project Rachel, a support group coordinated by the Catholic Church for women who seek healing after an abortion.

“What a surprise for a Protestant, Bible-teaching 25-year-old woman who found herself pregnant at a Southern Baptist church camp to find herself in her 50s finding relief and healing (in the) inner rooms of the Catholic diocese,” Daugherty told the crowd at the 2010 March for Life in Little Rock.

“I went there (to the abortion clinic) by myself. I did not tell the dad about it until after it was over and he was crushed.” Pat Daugherty

As a woman of faith with a successful executive position in commercial development in Houston, she had it all in the 1970s. She was guiding other young women in ministry and Bible studies at a Baptist church. It’s when in 1975 she realized that she was pregnant while attending church camp.

“I went there (to the abortion clinic) by myself. I did not tell the dad about it until after it was over and he was crushed,” Daugherty said.

A year later she was back in the abortion clinic by herself, carrying the child of her high school sweetheart, who she later married and they had three daughters.

“I remember sitting in the waiting room and there was a young couple that came in very upset to be there. I said, ‘Oh it’s nothing’ and I described the details. I have regretted that encouragement all my life. I know there are people who might read this, they encouraged people to do that” who also regret it, she said.

Her first daughter was born in 1979 and several years later Daugherty became an avid supporter of Arkansas Right to Life. Though she had been previously to a Protestant support group in Texas for women who had abortions, it wasn’t until around 2003 she made the call to Anne Dierks, who oversees Project Rachel for the Diocese of Little Rock. It started out for research, figuring out how to best serve other women who have had abortions.

“I remember how safe it felt in that building, how private. Just the warmth; I knew I was supposed to be there,” she said.

The free support group meets one evening a week for 11 weeks at an undisclosed location and is completely confidential.

“I love how Anne directs the class,” Daugherty said, adding that abortion is portrayed as “a raw sore or boil on your arm. To heal it, we have to scrub it and get down to the infection. It will heal, but it’s not going to go away. There’s always a scar there, but it wouldn’t hurt.”

Learning the parts of her life that were changed by her abortions — including what led to her divorce — and seeing other women who went through the same things helped free her of the pain, she said.

“If you don’t unwrap a gift, you can’t receive it. What Project Rachel helped me do is unwrap the gift of acceptance, of complete cleanness, knowing the hope that I’d see those children” that she had aborted in heaven.

Daugherty is remarried and ministers one-on-one to women who have had abortions. She still attends the annual Project Rachel retreat for past participants.

“If it is pricking someone’s heart and they do not make the call they will wonder about it for the rest of their lives and wonder what could have been,” Daugherty said. “I want them to somehow know that they have to take the next step. And they will not regret it.  … Don’t walk it alone. We’re not meant to be alone.”

All about Project Rachel