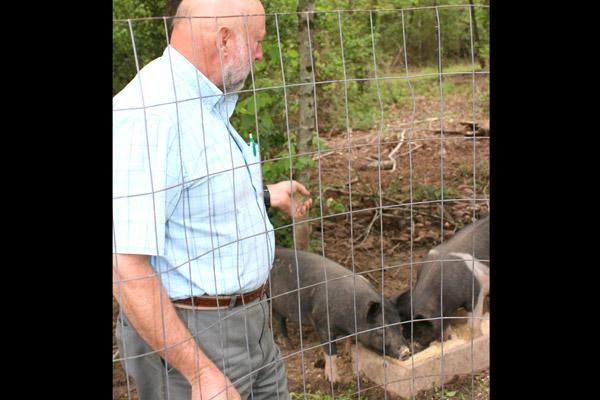 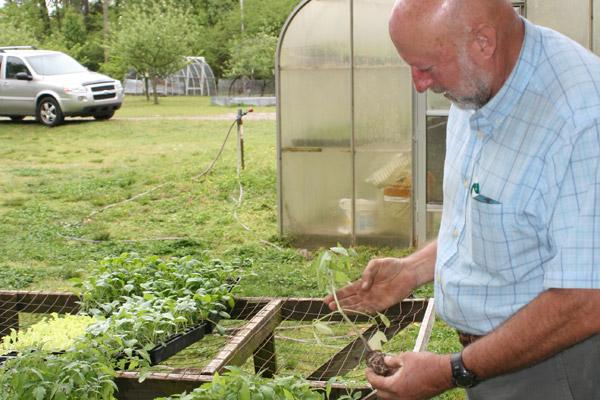 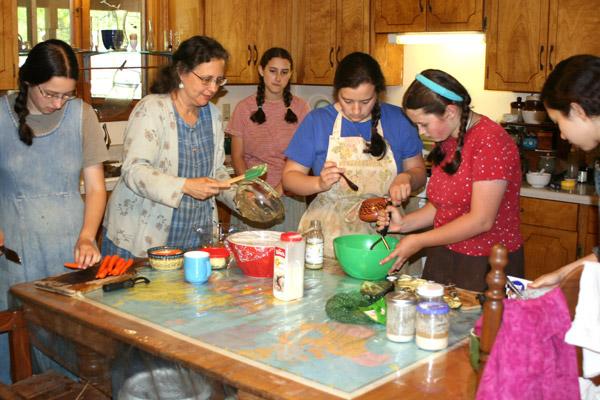 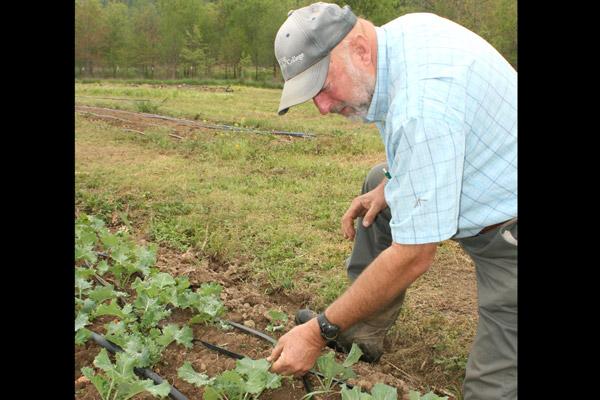 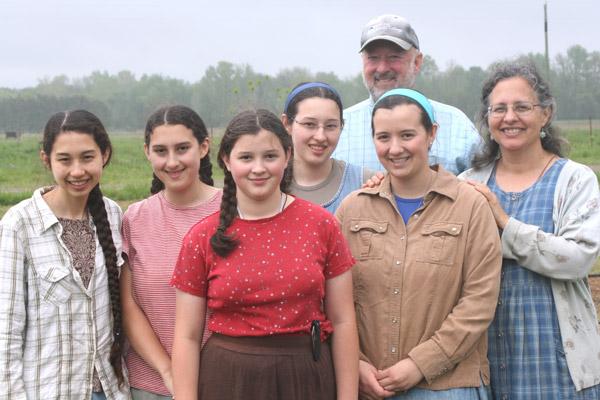 Quality of life and livelihood on the organic family farm 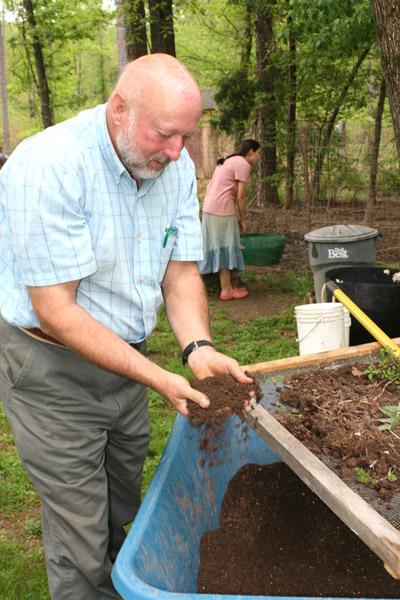 If farming isn’t for you, you can still have a little taste of the earth-conscious life of the Crimmins family.

• Recycle or reuse everything you can: paper, cans, bottles, etc.

• Compost: Take food scraps and weeds (nitrogen) and mix it with pine needles, newspapers and wood chips (carbon). Use the humus on your lawn and garden instead of fertilizer.

• Buy local produce as much as possible: Buying “local” from farmers who might be 10 to 40 miles away from you is better for the environment and state economy than buying produce shipped from California 1,500 miles away.

PERRYVILLE — Chuck and Lucrecia Crimmins were big on organic before it was cool.

The self-proclaimed hippies who met in Ecuador while serving in the Peace Corps professed a love of sustainable gardening because that is what they knew and what was affordable.

The couple who live near Heifer Ranch in Perryville have a two-acre organic vegetable farm that is worked with four of the couple’s six daughters.

There is quiet 10-year-old Elizabeth, a third-grader who hasn’t quite found her niche. Then there’s 15-year-old Sophia, a novelist. Seventeen-year-old Mary loves her shade garden with fruits and flowers. Nineteen-year-old high school senior Emilie hopes to attend Thomas Aquinas College in California this fall where she could complete her work study in landscaping. Twenty-one-year-old Abigail pitches in when she is home from Wyoming Catholic College. The oldest, Molly, is now known as Sister Carmencita of the Child Jesus and lives in Nebraska as a cloistered Carmelite nun.

Customers of the Argenta Farmers Market in North Little Rock — which allows only Arkansas-grown produce and crafts — know the family well for their pleasant demeanor and abundant harvests.

Abigail said farming gave her such a strong work ethic and time management skills — rising at 4:30 a.m. and working until the job is done — that when she got to college she had too much time on her hands. She helped start a school bakery, teaching others how to make bagels and pastries.

Chuck said the path to full-time farming began as a city boy in Dallas and New Orleans. He was fascinated by the life his grandparents led in rural Louisiana.

He earned a degree in forest management and joined the Peace Corp as a tropical forester in the Philippines and South America. He met Lucrecia, a pre-medicine graduate originally from Costa Rica.

They taught about organic farming out of necessity. With no money for pesticides, they showed locals how to use marigold or pepper juice to ward off pests.

“There is something about being a good steward,” Lucrecia  said. “It might take longer and it might be more tedious to rotate the crops for example, but because good stewardship works with the nature of God’s creation, there’s a peace of soul that accompanies the tasks.”

They were married in 1988 by a missionary priest, and they slowly re-engaged with the Catholic faith they were raised with. In 1989 they made a 20,000-mile trip around the United States to learn about sustainable agriculture and landed at Heartland Farms in Kansas run by Dominicans.

In 1994 the Crimmins were looking for a permanent place to call home and raise a family, and they found Heifer Ranch in Central Arkansas. Chuck Crimmins got to educate visitors about ways to eradicate poverty and hunger through sustainable farming while his wife homeschooled their daughters. In January he left Heifer Ranch to focus on growing Crimmins Family Farm.

The USDA-certified organic vegetable, herb and flower farm is columns of raised beds of young transplants and seeds right now but soon will be bountiful with lettuce, broccoli, kale, tomatoes and squash. Three bee hives on the land help pollinate crops.

“It is labor intensive,” he said of organic farming. “We plant everything by hand, we harvest by hand … Ours isn’t a heavy-handed operation. It is a soft touch to the earth.”

When the family isn’t farming as much in the winter, they eye seed catalogs for what they want to plant the next spring.

“My whole life’s path has been tied (to the earth). We are supposed to have dominion over the earth, not domination …” Chuck said.

The Crimmins, members of the St. John Latin Mass Community in North Little Rock, live a traditional life outside the garden as well. They are raising two hogs for meat, nurture seedlings in a greenhouse and can lots of vegetables to store in their root cellar. They taught natural family planning in Spanish for many years.

“It’s a whole lifestyle,” Chuck said “It’s canning and cooking. The slower pace. … The land slows you down.”

The daughters are thankful for the skills they have learned from living on a farm.

“We are tied to the earth like the pope’s encyclical said, maybe even more than we know,” Chuck said.

In addition to the Argenta Farmers Market, produce from Crimmins Family Farm can be bought through Locally Grown food clubs in Conway and Little Rock.

If farming isn’t for you, you can still have a little taste of the earth-conscious life of the Crimmins family.

• Recycle or reuse everything you can: paper, cans, bottles, etc.

• Compost: Take food scraps and weeds (nitrogen) and mix it with pine needles, newspapers and wood chips (carbon). Use the humus on your lawn and garden instead of fertilizer.

• Buy local produce as much as possible: Buying “local” from farmers who might be 10 to 40 miles away from you is better for the environment and state economy than buying produce shipped from California 1,500 miles away.

SEE MORE PHOTOS related to this story at Arkansas Catholic's Zenfolio page, and order prints if you like. You also can browse other photos taken by Arkansas Catholic photographers.
Click for the Care for Creation index

Relics meant to inspire devotion to God through the saints