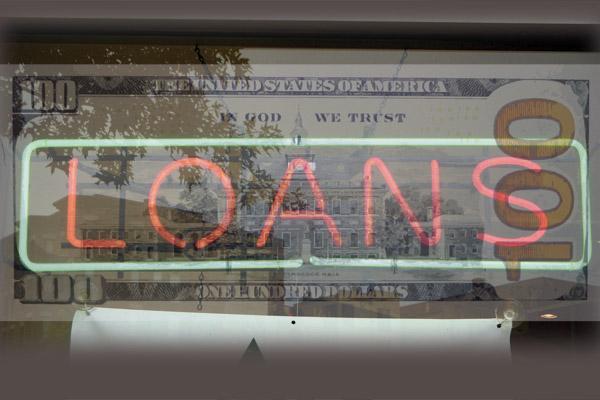 Payday loans are banned in Arkansas, but attorney general Leslie Rutledge said June 2 that she is not in favor of the proposed federal regulations because she believes the states should regulate the loans.

Rutledge asked that the bureau convene a conference of states to discuss the potential impact of and need for the regulations.

WASHINGTON — When the federal Consumer Financial Protection Board issued its proposed rule June 2 intended to curb the practice of payday lending, it opened an official comment period for the public to weigh in.

While the formal period ends Sept. 14, there’s no rule against informal commenting. And those urging restrictions on payday lending, car title loans and similar financial “products” have made their views loud and clear.

They include the Texas Catholic Conference and Bishop Michael F. Olson of Fort Worth, Texas.

“The CFPB regulations intend to end payday debt traps by requiring lenders to take steps to make sure consumers have the ability to repay their loans. The proposed rule would also cut off repeated debit attempts that rack up fees,” the Texas Catholic Conference said in a June 4 statement. “These strong proposed protections would cover payday loans, auto title loans, deposit advance products and certain high-cost installment and open-end loans.”

“Advocates have expressed some concern that there are potential loopholes in the rules that could be exploited by lenders to extend high cost loans and escape protections intended to assess the borrower’s ability to repay,” the statement added.

“Short-term lenders charge interest rates of 600 percent and more when four out of five payday loans are rolled over or reborrowed, according to the Consumer Financial Protection Bureau,” Bishop Olson said in a June 7 statement. “We must halt the unscrupulous lenders from targeting the poor and most vulnerable among us. New rules will assist those facing life’s difficulties to seek temporary financial help from responsible lenders without becoming hopelessly indebted to the predatory lenders.”

“When we realized that this is about the most vulnerable people being taken advantage by immoral lenders, our bishops engaged and said we can’t witness this happening and not speak out,” said Jennifer Allmon, Texas Catholic Conference executive director, in a June 4 statement.

“Unregulated payday and auto title loans are destroying not only individuals, but also crippling our Texas communities,” Allmon added. “We can help families get out of the vicious cycle of debt by establishing reasonable standards for an industry that has taken advantage of the poor and vulnerable for too long.”

Texas is one of many fronts where the battle against payday lending has been fought. A League of Women Voters study last year put the annual net loss from payday loans at an estimated $351 million in economic value and 7,375 jobs. At last count, 35 Texas municipalities have capped the interest rates payday lenders may charge — out of 961 cities in Texas, 98 of which have 30,000 or more people.

One alternative suggested June 14 by Sen. Elizabeth Warren, D-Massachusetts, speaking at a labor union conference in Washington, is to give the U.S. Postal Service the right to make small loans. The Postal Service — which already charges less for money orders than most banks — would charge lower interest than the payday lenders, there’s a post office in every city of any size in the country, and the profits generated could address the Postal Service’s own annual deficits.

Molly Fleming, who leads “fair lending” work out of Kansas City, Mo., for the PICO National Network, was at the Consumer Financial Protection Board “field hearing” in Kansas City June 2, the day the proposed rule was issued. She called the hearing “a real indicator of the strength of community hunger for strong lending reform. There were 500 people who took a day off from work to come. It was a hot day and it was a long day. It was proof that Kansas Citians and Missourians and people in this country are sick and tired of the way predatory lenders are fleecing our community.”

Asked her impression of the protection bureau’s rule, Fleming told Catholic News Service, “My gut check is these rules are (going) in the right direction. They are an improvement on the current state of lending in America. But they need to be strengthened to make sure that borrowers are not preyed upon and that they are actually able to afford these products.”

It’s the fear of loopholes that have most activists on the payday-lending issue worried.

The proposed rule “must be strengthened, must be significantly strengthened. The CFPB has the right approach on the ability to repay. And it must close the loopholes. It would help millions of Americans if the CFPB closes the loopholes,” said Keith Corbett, executive vice president of the Center for Responsible Lending, during a June 14 conference call with journalists on payday lending issues.

The payday lending industry “looks for loopholes to evade federal and state laws. They will look for any loophole,” Corbett said. He cited the Military Lending Act, which was intended to impose restrictions on usurious interest rates, yet lenders “continued to exploit service members” by offering open-ended credit loans at triple-digit annual percentage interest rates, he added, until the Armed Forces stepped in to cap loan rates at 36 percent annually.

Payday loans are banned in Arkansas, but attorney general Leslie Rutledge said June 2 that she is not in favor of the proposed federal regulations because she believes the states should regulate the loans.

Rutledge asked that the bureau convene a conference of states to discuss the potential impact of and need for the regulations.