After 12 years, executions could return in April

Gov. Hutchinson sets dates for four double executions with all the drugs needed 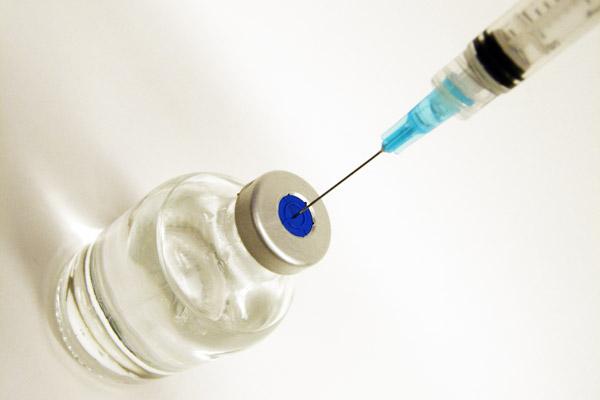 The lives of eight Arkansas death row inmates are once again in jeopardy with their execution dates set after the United States Supreme Court Feb. 21 chose not to hear a challenge to the state’s death penalty statutes.

The dismissal allowed Arkansas Attorney General Leslie Rutledge and Gov. Asa Hutchinson to reschedule the execution dates. On Feb. 27, Hutchinson issued proclamations announcing the eight men will be executed in pairs on days between April 17-27.

Sister Joan Pytlik, DC, minister for religious at the Diocese of Little Rock and a member of the Arkansas Coalition to Abolish the Death Penalty, called the Supreme Court decision a “grave disappointment.”

“I hope that all the people, all the Catholics would send a message to the governor that they do not want an execution in their name,” she said.

“The setting of four executions within 10 days is gruesome and brutal.” Sister Joan Pytlik, DC

Sister Joan isn’t a fan of how the executions were scheduled in April either.

“The setting of four executions within 10 days is gruesome and brutal.  The governor says it will bring closure for the victims’ families, but as Sister Helen Prejean (“Dead Man Walking”) has taught us, the only real closure comes with forgiveness. We all need to pray for divine intervention — either no drugs are procured, or the appeals kick in, and the victims’ families find forgiveness and peace.”

No death row inmate has been executed in Arkansas since 2005.

The ACADP released a statement March 1 about the scheduled executions, stating in part that it is "outraged by Governor Asa Hutchinson's plans to carry out eight executions within the span of ten days in April. This planned mass execution is grotesque and unprecedented ... Gov. Hutchinson continuously points to the death penalty as a deterrent to crime, when 88 percent of the country’s top criminologists agree that the death penalty does not act as a deterrent to homicide. Instead of offering counseling and grieving programs for families of the victims, Gov. Hutchinson suggests that additional killing is the relief that these families need." (Read full statement below)

Bishop Anthony B. Taylor wrote a letter to Governor Hutchinson on March 1, asking him to commute the sentences of the eight men to life in prison.

"Though guilty of heinous crimes, these men nevertheless retain the God-given dignity of any human life, which must be respected and defended from conception to natural death," Bishop Taylor wrote.

Attorney Jeff Rosenzweig, who represents nine inmates, eight of which had executions scheduled, said in a Feb. 22 Arkansas Democrat-Gazette article he was “studying options” going forward. There are 34 death row inmates in Arkansas.

The ACADP hopes to again file a bill before March 7 that eliminates the death penalty for capital crimes, leaving only life without parole, Sister Joan said. It was the same Senate bill that passed in committee in 2015, but it was not put before the Senate. It was in need of a sponsor as of press time.

Act 1096, which allows the sources of the three-drug lethal cocktail that will sedate, paralyze and then stop the heart during an execution to remain anonymous, was passed into law in 2015. At that time, Rosenzweig filed a lawsuit that argued concealing the drug sources would not allow the inmates to determine whether or not they would be subjected to cruel and unusual punishment, which has been seen in other executions in the country using midazolam, vecuronium bromide and potassium chloride. Gov. Hutchinson scheduled the executions for October 2015.

The executions were stayed Dec. 3, 2015, after Pulaski County Circuit Judge Wendell Griffen called the law unconstitutional. On June 23, 2016, the Arkansas Supreme Court ruled 4-3 in favor of the law, saying that revealing the drug source would be “detrimental to the process.” Advocates for keeping the drug sources secret have argued that companies who supply the drugs for executions could face criticism. The state spent $24,226.40 on the drugs for the eight scheduled executions. On New Year’s Day this year, the potassium chloride expired. A barbiturate can also be used for a single-drug method in an execution under the law, according to the Arkansas Democrat-Gazette.

Hutchinson told the Arkansas Democrat-Gazette in a Feb. 28 article that he’s been “assured” that the drugs will be procured in time for the scheduled executions.

“Science and experience are now revealing that, at least with respect to midazolam-centered protocols, prisoners executed by lethal injection are suffering horrifying deaths beneath a ‘medically sterile aura of peace,’” Sotomayor wrote.

Sister Joan said some politicians use Scripture to support the death penalty with verses like Exodus 21:23-25 that calls for “an eye for an eye.” But Jesus directly disputes the “eye for an eye mentality” in Matthew 5:38-48 and asks people to “love your enemies, pray for those who persecute you, forgive them,” she said.

“They don’t go for the line that says ‘vengeance is mine’ or God says I put before your life and death; choose life that you may live,” Sister Joan said, pointing out that Jesus was also a victim of the death penalty. “He certainly wasn’t for the death penalty, which he received, but he forgave.”

The Arkansas Coalition to Abolish the Death Penalty released the following statement March 1:

"Gov. Hutchinson continuously points to the death penalty as a deterrent to crime, when 88 percent of the country’s top criminologists agree that the death penalty does not act as a deterrent to homicide. Instead of offering counseling and grieving programs for families of the victims, Gov. Hutchinson suggests that additional killing is the relief that these families need.

"Currently, Arkansas uses a three drug protocol for lethal injections, which includes the drugs: midazolam, vecuronium bromide, and potassium chloride. This protocol uses midazolam as a sedative, followed by the paralytic vecuronium bromide, and during the final step, potassium chloride is used to stop the heart. Midazolam has been scrutinized across the country as the cause of botched executions, and both Florida and Arizona have abandoned its use. Midazolam is not an effective sedative, and it leaves the condemned in excruciating pain that is masked by the paralytic, vecuronium bromide. The state’s supply of midazolam is set to expire at the end of April, and this expiration date is directly linked to the state’s urgency to execute eight men in ten days.

"The Arkansas Coalition to Abolish the Death Penalty (ACADP) is committed to abolishing the death penalty in Arkansas, and it will be introducing legislation to help curtail executions in the state. Citing the huge cost of executions over the sentence of life without parole, the organization’s executive director, Furonda Brasfield, stated, ‘Capital Punishment does nothing more than cost Arkansas taxpayers dollars that can be used in more useful ways, like revitalizing disenfranchised communities or assisting underfunded schools.’ ACADP is asking the community to stand with them in their fight against the death penalty and the eight killings that have been planned with no regard to the excruciating pain cause by midazolam, only the April expiration date of the drug.”