Pope seeking opinions of young adults around the world 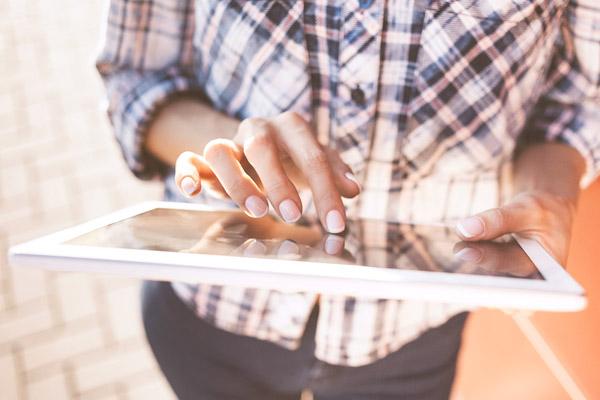 These are options offered to answer the question “Who is Jesus to you?” in the online survey seeking opinions to guide the 2018 Synod of Bishops on Young People, the Faith and Vocational Discernment.

• An opponent to fight

• One who loves me well

• An essay of the past

• A model to imitate

• The protagonist of a book

• A Master of Life

ROGERS — Parents and catechists are not the only ones trying to bridge the chasm between young adults and their faith in the modern world. A poll conducted by the Pew Research Center in May 2015 found more than one-third of millennials are unaffiliated with any faith.

“We’ve known that the religiously unaffiliated has been growing for decades,” said Greg Smith, lead researcher for the study of more than 35,000 Americans, “but the pace at which they have continued to grow is really astounding.”

When droves of individuals 16-29 years old are leaving the Church, it is time for a top-down approach.

That is why Pope Francis is reaching out and going digital in hopes of discovering more on this demographic. In the pope’s “preparatory document” released in January 2017, he describes the purpose of the Synod of Bishops on Young People, the Faith and Vocational Discernment is to “lead young people to recognize and accept the call to the fullness of life and love” and to help the Church “in identifying the most effective way to announce the Good News today.”

In June, the Vatican released an online survey for young people “to express themselves” and tell who they are and what they believe. In anticipation of the synod in Rome in October 2018, the pope aims to better understand the needs of this generation.

Young people around the globe can go on the website and in about 20 minutes answer questions, in their language of choice, which will help the pope and the Church at large to meet this generation “where they are” and to see where the Church’s younger congregants need ministering in the 21st century.

But as inclusive as this may sound, many will not participate because they have not heard of the survey or will not take the time. Yet, knowing some of the questions that are on the questionnaire could spark conversation in churches, youth groups or even around the dinner table.

In hopes of getting a representative sampling of answers, three of the questions from the survey were distributed to about 20 young people attending youth ministry one Sunday at St. Vincent de Paul Church in Rogers.

Not surprisingly, most answered “Who is Jesus to you?” with “the Savior,” “a prophet,” “ a model to imitate” and a “trusted friend.”

That sentiment was reiterated in the following question when respondents were asked to briefly tell of an episode that was a positive example of how the Church could accompany young people in making choices that give fullness to their lives.

Students talked about youth directors that had “amazing connections” with the youth and how “small groups in high school helped mold their faith.”

Another cited how “it meant a lot to me to have adult males who cared,” when speaking of their youth group leaders. Volunteers and youth leaders who “were welcoming,” “supportive” and “encouraging” were the descriptions used for the individuals who made a difference for these teens.

What was striking was the overwhelming consensus believing in the importance of youth ministry and faithful young adults who volunteered their time to be present and listen to the teens.

Next year, it will be interesting to see what the Synod’s findings will be following the survey of youth around the world. But, these answers are likely reflective of what other young adults may be feeling in an age of disconnected technology: the need to personally connect.

These questions and others can be found at youth.synod2018.va.

These are options offered to answer the question “Who is Jesus to you?” in the online survey seeking opinions to guide the 2018 Synod of Bishops on Young People, the Faith and Vocational Discernment.

• An opponent to fight

• One who loves me well

• An essay of the past

• A model to imitate

• The protagonist of a book

• A Master of Life