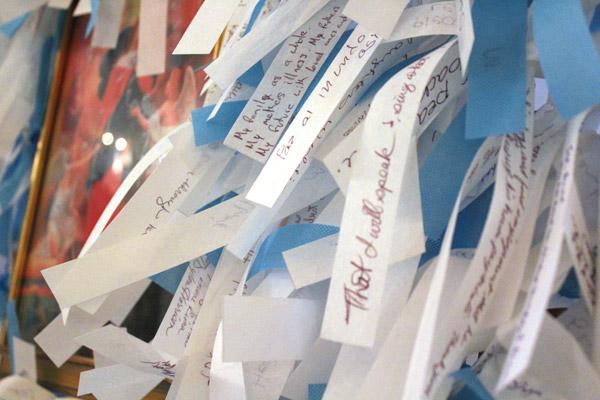 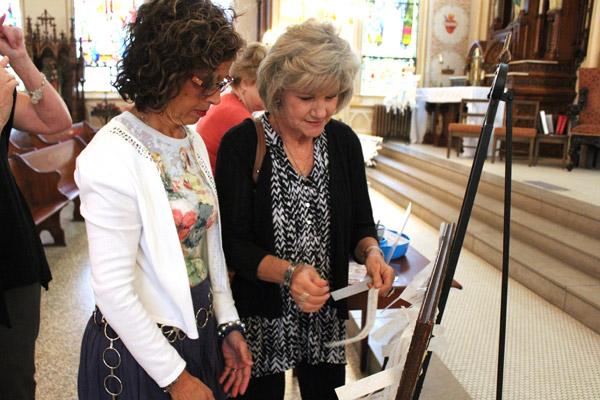 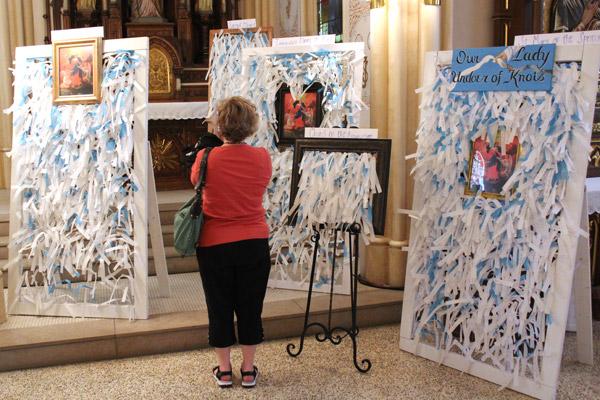 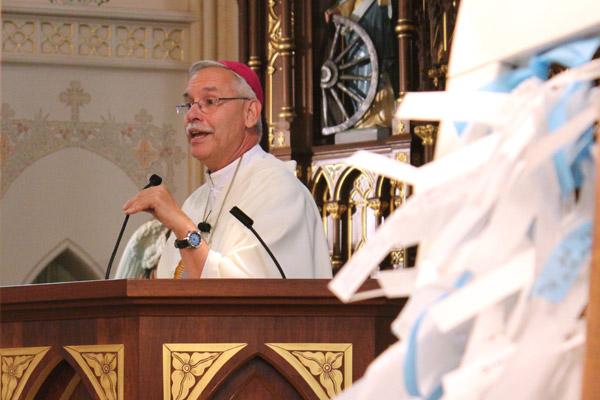 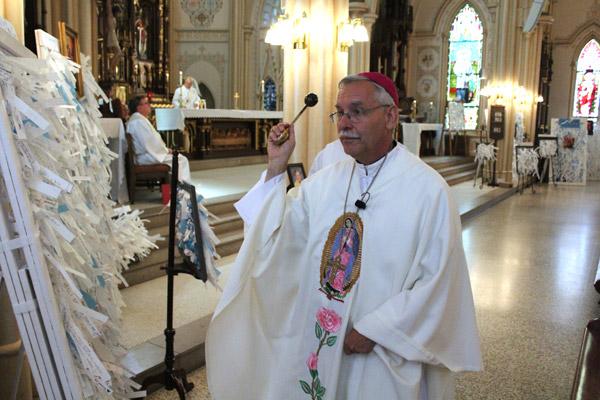 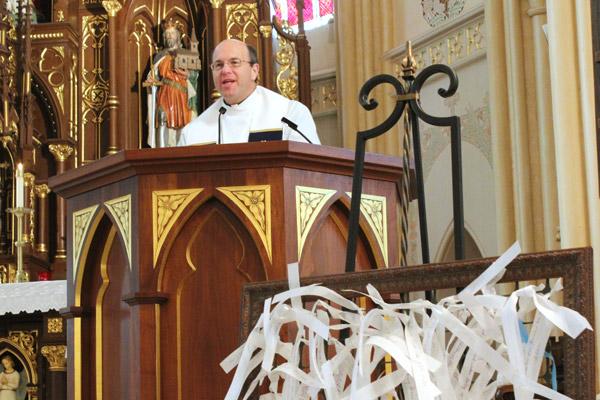 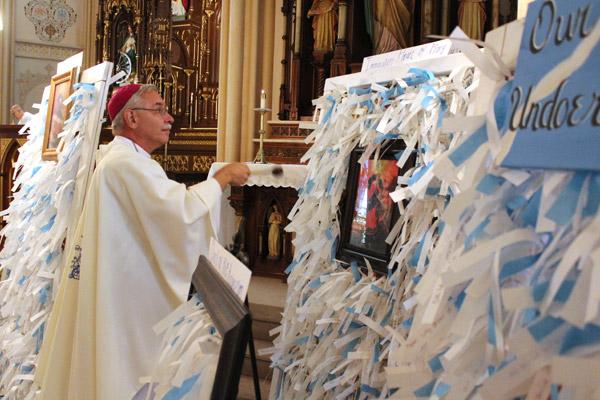 Bishop Anthony B. Taylor celebrated Mass and blessed prayer panels from 15 parishes and schools participating in the Mary Undoer of Knots Prayer Project. The special Mass was held Sept. 30 at St. Edward Church in Little Rock.

The prayer panels ranged in size from that of a large picture frame to freestanding frames six feet in height, in the center of which were affixed wire screening. Prayer intentions written on white and blue ribbons are tied to the wire (“knotted”) as both prayer intention and affirmation that Mary can undo even the most tightly knotted predicament.

The project was begun at St. Edward Church by parishioner Nita Danaher after seeing a temporary grotto for the devotion during the papal visit to Philadelphia in 2015. Danaher brought the devotion to St. Edward Church in 2016 for the Year of Mercy and helped spread it across the diocese. Since then, the devotion has been present in 11 churches, eight Catholic schools and a handful of other Catholic organizations in Arkansas.

Pope Francis developed a Marian devotion to Mary, Untier (Undoer) of Knots while studying in Germany. The 1700 painting, “Mary, Undoer of Knots,” by Johann Georg Schmidtner hangs at St. Peter am Perlach Church in Augsburg, Germany. The painting depicts the Virgin Mary untying a rope of knots.