Addiction to marijuana can lead to ‘radical loss of freedom’ 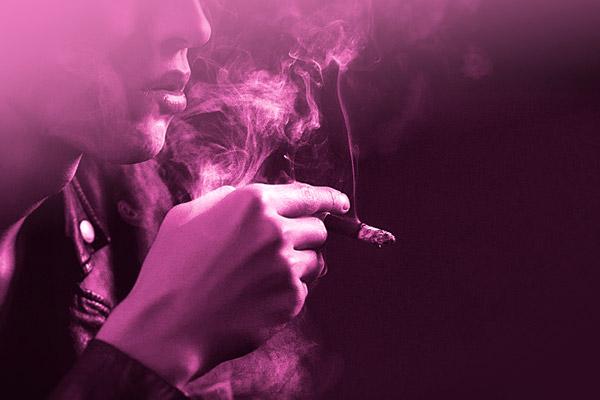 ROGERS — Hotly debated on all counts is the subject of marijuana.

Controversial at best, the topics surrounding cannabis can range from individual rights to state rights. But to ignore this national discussion, is to avoid the proverbial elephant in the room. Even more crucial, is for parents, youth directors and teachers of children or students hitting double digits to get educated and be a participant in the debate.

Discussions about the topic run the gamut between exploring the dangers of addiction to the use of medical marijuana to how to grow, profit or market it, to the encroaching degrees of legalization of the drug in different states. Currently, the nation watches with upturned brow as the states of Colorado and Washington have entered into full-term relationships with cannabis.

But where the chasm widens like the Colorado River flowing through the Grand Canyon is when the topic is brought up between the older and younger generations. Many adults and parents see it as a gateway drug, while many young adults consider it a safe and “natural” drug with no long-term effects.

“Early choices leading down the road toward addiction, freely made, can quickly snowball into vice and a loss of freedom.” Gerald D. Coleman

So as the conversation continues, there is information both sides need to know as marijuana becomes more prevalent in schools, on college campuses and in mainstream society.

Even more importantly, is how adults address these concerns through the lens of faith and begin some frank conversations.

The reality of the use of marijuana among teens and young adults is sobering. A survey by the National Institute on Drug Abuse monitored future college students and young adults on drug and alcohol use in 2016. The survey indicated that daily marijuana use for 19 to 22-year-olds has grown since the early 1980s. Statistics show use increased from 4 percent in 1996 to 7.8 percent in 2016. Even more staggering was the increased usage between non-college-aged youth in 1996 from 5.3 percent to 12.8 percent in 2016.

Yet, does the decriminalization of pot and its growing acceptance make it moral?

Father Jason Sharbaugh, formation director and associate pastor at St. Thomas Aquinas University Parish in Fayetteville, said the answer to this question is complicated because it is not an intrinsic evil unless one loses their will through the use of marijuana.

“However,” he added, “it impairs reality and slows the will which does have intrinsic problems. So ultimately I would advise against its use.”

This goes along with what the Pontifical Council for Health Pastoral Care reported in its 2001 handbook, “Church: Drugs and Drug Addiction,” “that consumption of the various forms of the cannabis plant cause euphoria, confusion, desire to laugh and drowsiness. Strong doses cause lethargy and upset in the perception of time, visual precision and loss of short-term memory. With high and repeated use, pot can cause palpitation, swelling of blood vessels, bronchial illnesses and psychic dependency.”

“Considering all of the facts, it is irresponsible to consider cannabis in a trivial way and to think of it as being a ‘soft drug,’ that is, one without remarkable effects on the organism,” the council stated.

Additionally, a recent study conducted by Madeline Meier, a clinical psychologist at Duke University, found by looking at 1,037 New Zealanders, that people who began using pot earlier in life and who used it frequently over the years experienced an average decline of eight IQ points by the time they turned 38.

Nevertheless, while this may be compelling evidence for some to avoid the drug, there are still avid proponents who tout its “natural” quality and benign effects.

“I would agree that adults and young adults think quite differently about the use of marijuana,” said Father Stephen Gadberry, administrator of St. Cecilia Church in Newport and St. Mary Church in Batesville.

In an article written by Gerald D. Coleman titled “The Recreational Use of Marijuana,” for the California Catholic Conference of Bishops, he writes about the use of marijuana in this way: “The radical loss of freedom lies at the heart of the tragedy of addiction. Because we are creatures of habit, the choices we make, either for good or for evil form us in one direction or the other, so we become individuals who are either capable or incapable of choosing the good freely. Virtue is a habit of good, while vice is a habit of evil. Early choices leading down the road toward addiction, freely made, can quickly snowball into vice and a loss of freedom.”

Clearly, the use of marijuana has become not only a moral, but also a societal dilemma. As more studies are done to determine the long and short-term effects on the human body and individuals grapple with its use legally and ethically, it becomes a moral imperative to know and understand the implications the drug can have on society.