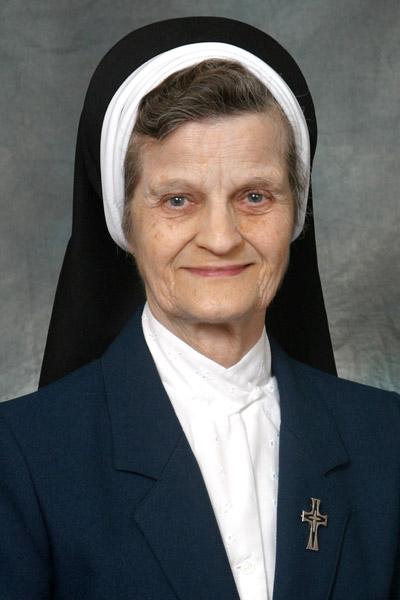 Sister Mary Lucille Sluyter, RSM, who served as principal 26 years at St. Patrick School in North Little Rock, died Jan. 21 at the Catherine McAuley Convent in Barling. She was 94.

She was born Nanetta Mary Sluyter in Little Rock on Oct. 25, 1923, to Curtis and Emma Lucille Sluyter. Sister Lucille graduated from Mount St. Mary Academy and entered the Sisters of Mercy on Sept. 8, 1944, in St. Louis. She made her perpetual vows Aug. 16, 1950. After graduating with a degree in elementary education from Incarnate Word College in San Antonio, Texas, she taught first grade students in Slovak, Fort Smith, Hot Springs and North Little Rock.

From 1969 to 1995, Sister Lucille was principal of St. Patrick School, which consolidated in 2007. In 2014, she told Arkansas Catholic she had stayed after retiring as principal to volunteer as a religion teacher and serve as interim principal whenever needed. Sister Lucille served the school and parish until moving to the Catherine McAuley Convent in 2002. In Barling, she volunteered at Mercy Hospital Fort Smith and as a tutor at Immaculate Conception School in Fort Smith with the Sisters of Mercy reading program.

According to her obituary, “Parents, pastors, board members, former staff members and many parishioners valued her leadership and support of the parish and were sad when she retired.”

Sister Lucille was close to her nieces and nephews and offered daily rosary intentions for family and friends. There are no immediate survivors.

A rosary and Mass of Christian Burial was held Jan. 25, with burial at Calvary Cemetery in Little Rock.