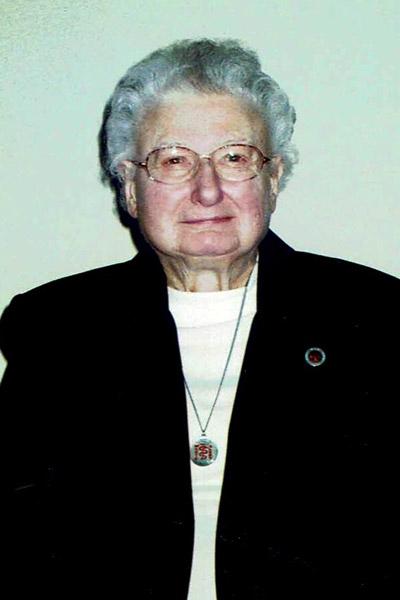 Sister Rose Maria Birkenfeld, OSB who helped establish the Our Lady of Peace Monastery in Columbia, Mo., died Jan. 27. She was 86.

Sister Rose Maria became a charter member of Our Lady of Peace Monastery in Columbia, Mo., serving as prioress from 1999 to 2003 and procurator overseeing the remodel of the first convent. She served as director of religious education and pastoral minister at parishes in Pilot Grove, Shelbina, Marshall, Koeltztown, all in Missouri, and in Effingham, Ill. She earned a bachelor’s degree in education and religious studies and her master’s degree. In 2010, after Our Lady of Peace dissolved, she returned to St. Scholastica serving as co-oblate director and worked in the gift shop. She lived at the monastery infirmary and later Chapel Ridge Health and Rehab.

She is survived by two brothers, Howard Birkenfeld and Martin Birkenfeld; and one sister, Sister Alice O’Brien, OSB.

Vespers for the dead were held Jan. 30. A Mass of Christian Burial was held Jan. 31, with burial at St. Scholastica Monastery cemetery.