Good treatment for growing anxiety: Go on a digital diet

Social media can lead to anxiety, some app designs can be detriment to young minds 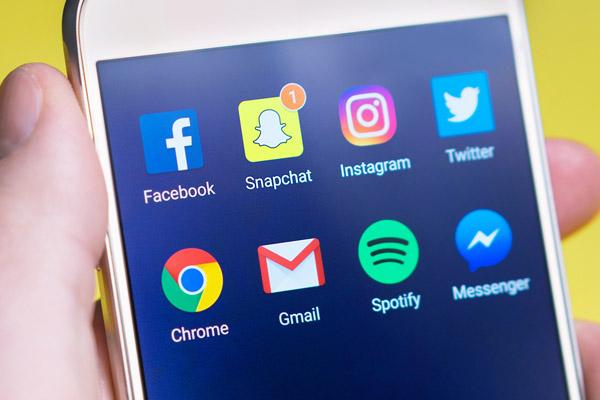 ROGERS — Feeling anxious? Chances are good that you are not alone.

And, really, who wouldn’t be? Most people could tick off a handful of reasons that they are worried or anxious without batting an eye.

Anxiety is the most common mental-health disorder in the United States, affecting nearly one-third of both adolescents and adults, according to the National Institute of Mental Health. But, more often than not, anxiety is not taken as seriously as depression.

“Anxiety is easy to dismiss or overlook, partially because everyone has it to some degree,” said Philip Kendall, director of the Child and Adolescent Anxiety Disorders Clinic at Temple University in Philadelphia in a New York Times Magazine article published in October.

But, even our college campuses have seen an upsurge of anxiety. According to a survey by the Association for the University and College Counseling Center Directors, more than half of the students who visited their campus counseling centers during the 2015-2016 academic years reported symptoms of anxiety. The journal “Inside Higher Education,” stated in a March 2017 article titled “Anxiety on the Rise” that this was the seventh year in a row that anxiety was the top complaint among students seeking mental health services.

The survey showed that 51 percent of students who visited a counseling center reported having anxiety, followed by depression (41 percent), relationship concerns (34 percent) and suicidal ideation (20.5 percent). Many students reported experiencing multiple conditions at once.

This information may give parents another reason to be alarmed and begs the question of why and what are the biggest culprits. And, more importantly, how do we help young adults and children become more resilient and learn to cope in an ever-increasingly chaotic world?

Naturally, it is easy to target social media as the ringleader in the cause of anxiety.

Believe it or not, experts say it really does play a part. Some of the insecurity problems experienced by teens for decades is now amplified by apps like Facebook and Instagram because these apps can be used to present a picture-perfect ideal to all of the followers.

Britain’s Royal Society for Public Health recently found that Instagram, followed closely by Snapchat, was the social media platform with the worst consequences for youth mental health. Its survey of 1,500 young people 14 to 24 year olds reported these apps to be detrimental to the well being of young adult minds.

For those prone to anxiety, experts say the design of apps can even be harmful for young brains by manipulating their brains and seizing pleasure centers, which young people have less ability to resist. Some neurological research also indicates such systems may have long-term impacts on developing young brains.

As Catholics, we have been given a manual, or guideline, as a way to channel our anxieties. We have been told to pray. In Philippians 4:6-7, the Bible tells us, “Do not be anxious about anything, but in every situation, by prayer and petition, with thanksgiving, present your requests to God, which transcends all understanding, will guard your hearts and minds in Christ Jesus.” For some, this may seem simplistic, but it tells us to lay our worries and concerns at the feet of Jesus, always being thankful for what we have and who we are, and he will guard our hearts and our minds.

Undoubtedly, counseling, therapy and medication all play important roles in the care of those who are experiencing severe anxiety, but prayer is also a powerful antidote not to be overlooked.

More practical tactics to guard all of our “hearts and minds” are:

• Limit the time spent on social media and devices and most importantly, put the phone down before bedtime. Rest your mind and your attention. As I tell my teenage daughter, unless you are a doctor or priest, no one needs to reach you in the middle of the night.

• Take the news in small doses so as not to despair. If you are listening to the news, watching the local news at night, reading the newspaper and getting notifications on your phone, you may be overloaded with news that will certainly affect how you feel about the state of things.

• Silence really is golden. Give yourself the gift of letting your mind wander, be creative, think or doze off to sleep without a number of competing sights and sounds jockeying for attention. Interestingly enough, silence is also the perfect time to pray.