Do not miss out on the latest Catholic local, global news 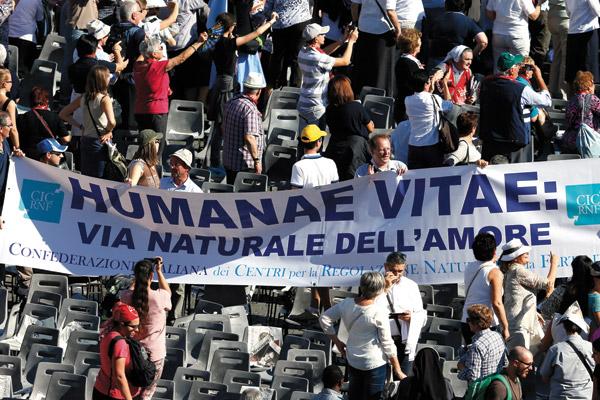 WASHINGTON -- Surrounding the 1968 release of “Humanae Vitae” (“Of Human Life”) was the cultural context of the sexual revolution and a widespread fear about overpopulation following World War II, said Donald Critchlow, a professor of history at Arizona State University.

VATICAN CITY -- In a letter to the bishops of Chile, Pope Francis apologized for underestimating the seriousness of the sexual abuse crisis in the country following a recent investigation into allegations concerning Bishop Juan Barros of Osorno.

Salvadoran will be a saint

WASHINGTON -- During an April 11 homily in Washington, Salvadoran Archbishop Jose Luis Escobar Alas said the canonization of Blessed Oscar Romero will “probably” be in Rome and “probably” take place at end of October after a meeting of bishops.

ST. PAUL, Minn. -- The story was about a duck -- a friendly duck that had been spending time in a man’s yard, and now the man was feeding it.

How do the Ten Commandments stack up in today’s digital culture?

WASHINGTON -- U.S. Catholics line up like most of their religious counterparts in the country in how they regard the teachings of the Ten Commandments, according to a survey commissioned by the Deseret News and released March 28.

How do you avoid sin?

“What I do to avoid sin is singing a song in my head and walking away from the problem. Another way I avoid sin is praying that the ...” (Youthspeak, Seeds of Faith)

Three steps to having more joy in your life

“Evangelii Gaudium,” “Amoris Laetitia” and, now, “Gaudete et Exsultate.” What do they have in common? They were written by Pope Francis? Yes. They are apostolic exhortations? Yes. More important? Joy. (Columns)

‘Humanae Vitae’ conversation may be possible

Can one imagine a more difficult year for “Humanae Vitae” (“Of Human Life”) to be heard than 1968? (Guest commentary)

Christians must pay attention to Syria

Christians should unite around the world to ensure everyone knows and understands the gravity of what has been happening in Syria. (Editorial)

Arkansas Catholic shares the news that you need most