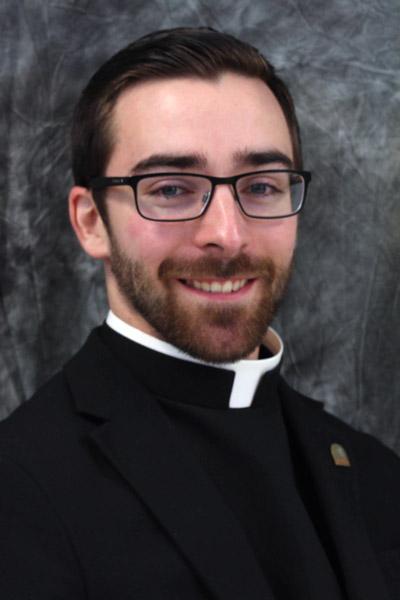 For most of his life Deacon Joseph de Orbegozo didn’t nurture his Hispanic heritage but through his seminary training he has connected more to his father’s Peruvian roots.

“My mother is from the Delta, from Helena, Ark.,” he said. “She is as Arkansan as you can get. … My dad came from Lima, Peru, in the 70s. He came here to go to school and get away from the social upheaval … He received some push-back being Hispanic … so he was hesitant to continue to teach us Spanish. It has been a wonderful reconnection to my roots and to encounter my dad in a different way.”

Thanks to immersion studies, assignments in Spanish-speaking parishes and a natural ear for the language, he can now say that he is fluent in Spanish.

He hopes to share his language skills and other talents with his new parish, St. Theresa Church in Little Rock, as the new associate pastor. He will be ordained June 2 at Christ the King Church, which happens to be his home parish.

“I want to be a priest who can bring people together, unite people in a parish, build up a community and help them to go out.”

He was a National Hispanic Merit Scholar and band member at Catholic High School in Little Rock and quickly discerned his calling to the priesthood. He began study at Holy Trinity Seminary in Dallas after high school graduation in 2009 (along with another ordinand, Deacon Stephen Elser). After two years in Dallas, he and Elser were given scholarships to study philosophy and rhetoric at Catholic University/Theological College Seminary in Washington, D.C. With an extra year of study in Washington, they both earned their bachelor’s and master’s degrees in philosophy, known as a licentiate in philosophy.

During his four years of theology at St. Meinrad Seminary in Indiana, he was able to continue to offer his talents for playing music and singing. For Masses and special occasions he played the bass, piano or trumpet.

“I would be very interested in working with choirs to help them take ownership of their voices,” he said, “to help them find skills they might not know they have.”

In addition to being an associate pastor, the new Father de Orbegozo, who will turn 27 one day before his ordination, will also be a philosophy teacher at the House of Formation.

“I have been in the seminary for nine years. I appreciate the period of time for a lot of reasons. First and foremost, in the seminary, I have found myself. Seminaries are places of formation … It is a call to be a disciple, a call to holiness. My experience over nine years has allowed me to grow as a Christian man and to be the kind of person who can say ‘Yes’ to the priesthood, with all the uncertainty and all the joy that comes with that … I want to be a priest who can bring people together, unite people in a parish, build up a community and help them to go out. I hope that I can bring that sense of growth, formation and willingness to say Yes to the Lord to the people I meet.”