Tuyen Do led to Arkansas by watching a friend’s ordination 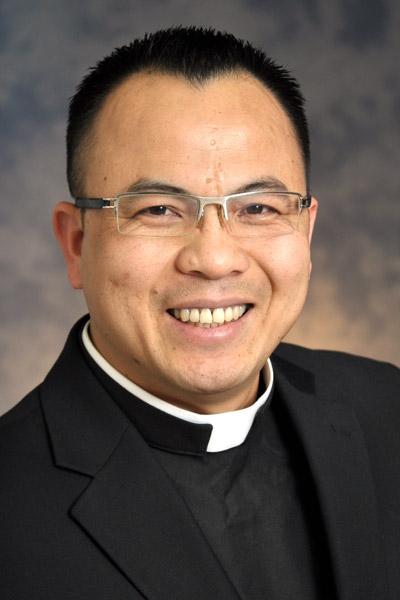 While Jesus washed the feet of his disciples, an example for all the faithful of true service to others, Tuyen Do found himself doing the same — but in a nail salon. In his time out of seminary, he worked various jobs in Canada, from a manicurist to a waiter, while God prepared his heart to be a priest for the people.

“Maybe I would become not really a good priest because I could not feel what people in society feel,” if he hadn’t had those life experiences, he said. He reflected on John 15:16, about God choosing him to go bear fruit. “I didn’t choose him, but he chose me. Even though I was out already, he called me back.”

Deacon Tuyen Do, pronounced “Twin Dough,” will be one of eight priests this year ordained to the Diocese of Little Rock, celebrating his ordination May 26 at Christ the King Church in Little Rock.

The 41-year-old deacon grew up in Vietnam, attending daily Mass with his parents and 10 siblings. The Church was the guiding light in the shadow of Communist rule that often persecuted Catholics. Do worked at the parish level and earned a bachelor’s degree in philosophy.

The government limited the number of men allowed in the seminary, so he went to Canada in 2005 to discern the priesthood. Despite his strong calling initially, he left after about five years, but earned a bachelor’s degree in theology.

But after watching a friend’s ordination, it awakened his call to religious life. Do came to Arkansas in 2014 after meeting Father Dominic Do, a retired priest with the Diocese of Little Rock and the uncle of a fellow seminarian.

“Now I look back in my life if I didn’t go the long way in my vocation … I (could not) understand” the needs of the people he said, adding he’s called “to help the people to get the happiness from God to guide them to the heavens, to eternal happiness.”

Do has studied at Sacred Heart Seminary in Hales Corners, Wis., with language as his biggest cross to bear.

“I had to work harder than the other students because if they read a book in a week, maybe I need three to four weeks,” he said.

His best advice came from his spiritual director, to “trust in God like St. Paul” and realize “we are human, weak, we are a sinner sometimes. But if we trust in God, the power of God, with his wisdom the power of God will shine on us.”

While he’s open to serving the needs of all people in the parish, he easily relates to immigrants.

“I look to people who come to this country, who have had a hard life and don’t speak the language. I have more sympathy for this kind of people,” he said.

Effective June 13, Do will begin serving as associate pastor of Christ the King in Little Rock.

“I will try to do my best, ask God to help me. I don’t need to become a famous priest, but I’d like to become a good priest,” Do said. “… A lot of people ask me the same question, how do I feel at this time? Am I nervous? I don’t feel anything at all; I just feel I am ready.”