Stephen Elser eager to be a healer for broken world 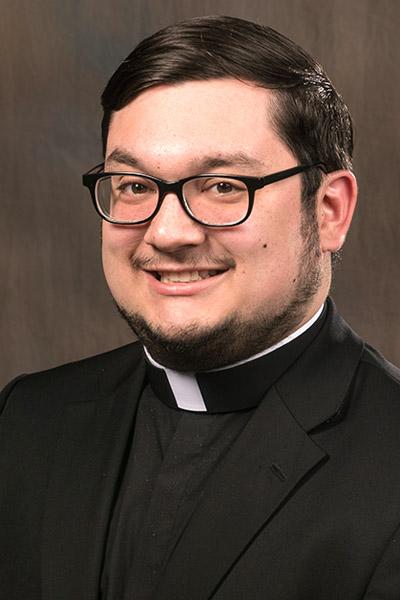 It’s not often that a new priest can say he has walked a path to priesthood with another seminarian for the past 20 years.

But Deacons Stephen Elser and Joseph de Orbegozo can. They were first paired up in kindergarten at Christ the King School in Little Rock. They moved on to Catholic High School in ninth grade where they both played in the band. They were the first two students to participate in the diocese’s Seminarian Signing Day in 2009 and then went off to Holy Trinity Seminary in Dallas. When a philosophy scholarship to Catholic University/Theological College Seminary became available, they both were awarded the scholarship and studied there for three years. They both earned their licentiate in philosophy and then finished up their final four years of seminary studies at St. Meinrad in Indiana.

To cap it off, the duo will be ordained together June 2 at Christ the King Church, their home parish.

“It has been a blessing to have the stability and consistency of a close friend throughout these years of seminary formation,” he said.

“I really enjoyed the pastoral care and counseling aspect of ministering to the sick and suffering.”

Elser has also had the benefit of having an uncle, Father Bill Elser of Hot Springs Village, and a great uncle, Father Jim Schaefer of Ozora, Mo., who are diocesan priests.

His family connections also came into play as he was training in hospital chaplaincy. His father Joe is a physician and Elser at one time in high school had considered going into medicine.

“I found it to be very fruitful to visit patients throughout the hospital and to have some familiarity with the medical field through my family,” he said. “I really enjoyed the pastoral care and counseling aspect of ministering to the sick and suffering.”

Instead of bringing healing physically, Elser said he wants to bring spiritual healing to people.

“There is a lot of brokenness in the world,” he said. “I want to not only be present but also be able to offer the sacraments, reconciliation.”

One of the talents Elser wants to continue to nurture is his love of music. He was in the choir for four years in high school and nine years in seminary. He has played the piano since second grade and picked up the saxophone in high school. To expand his musical repertoire, he began taking organ lessons with the encouragement of the seminary music director and played for Masses in the seminary.

For his first assignment, Elser said he is happy to be returning to Immaculate Conception Church in Fort Smith, where he served as a deacon last summer.

“I was very excited when I found out that I would be with Father John (Antony) and Father Pius (Iwu),” he said.

Elser will also be serving as chaplain at Trinity Junior High School.

“I am not sure exactly what my duties will be. I know that I will be celebrating the weekly Mass and will be visiting classrooms on a regular basis,” he said.