For Mike Johns, ordination is an ending and beginning 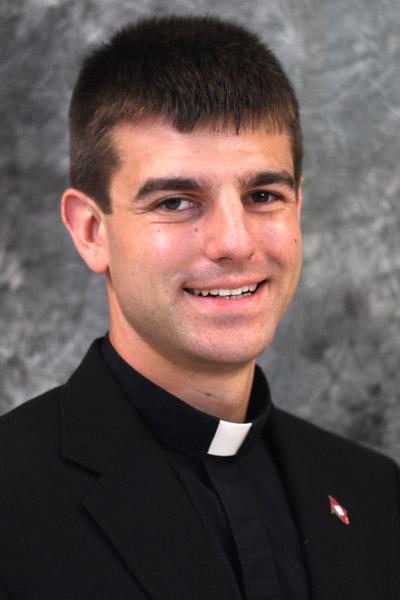 Like most ordinands, Deacon Mike Johns really doesn’t know what to expect out of the Mass that will usher out his old life and christen him anew as a priest of the Church. But having dreamed of becoming a priest since the age of 8, he’s formed a dualistic view of what’s about happen.

“Ordination involves a death, powerfully symbolized by lying prostrate,” he said. “You’re dying to your old self in the sense that you’re dying to who you are as an individual person, Mike Johns. When you stand up and the bishop lays his hands on you, you’re remade into another Christ, Mike Johns standing in the person of Christ, in a very real and literal way.

“So in one sense it’s a death and in another sense it’s a rising up to live a life of service to the Church.”

Deacon Johns said the weight of the moment, as well as the charge of the priesthood itself, is substantial. But it’s not without its own brand of joy, too.

“It’s a step that enables us to serve in a very new way, to wash the feet of others in a new and very profound way, exactly like Christ does. There’s a great joy in that, it’s very humbling.”

“I feel very joyful, I feel very prepared, very ready,” he said. “This is a huge step, but it’s a step that enables us to serve in a very new way, to wash the feet of others in a new and very profound way, exactly like Christ does. There’s a great joy in that, it’s very humbling.”

Johns, who will be 29 on May 28, said of all the things that have been made available to him during his journey to the priesthood, one of the most gratifying has been the opportunity to work with young people. While completing a pastoral year for the past 12 months, he has worked as a deacon and youth minister at St. John the Baptist Church in Hot Springs. He found that he received as much back from his young charges as he gave them.

“I have had the privilege to work very closely with youth as youth director and that has been just a great joy for me and a big help to me personally,” he said. “When you’re working with teens, you are introducing them to things about the faith for the very first time, as it were. And there’s a special joy in showing people the most important things for the very first time.”

Other spiritual foods for Johns’ journey have included a favorite verse (Isaiah 40:8) and a devotion to Our Lady of Guadalupe, something that started with an image in his childhood home.

“My parents always had an image in our house of Our Lady of Guadalupe, so that’s something I kind of grew up seeing,” he said. “Once I went to seminary, I was sent to learn Spanish in Mexico and I had an opportunity to go to Mexico City to the basilica. That really made an impact on me, to be able to go to the pilgrimage site there and see the image.”

“(Our Lady of Guadalupe) has been somebody that has helped me open my heart to the needs of others, not just in the Hispanic community, but also to more clearly hear the voice of her son.”