Ramos reaches ordination thanks to his Church family 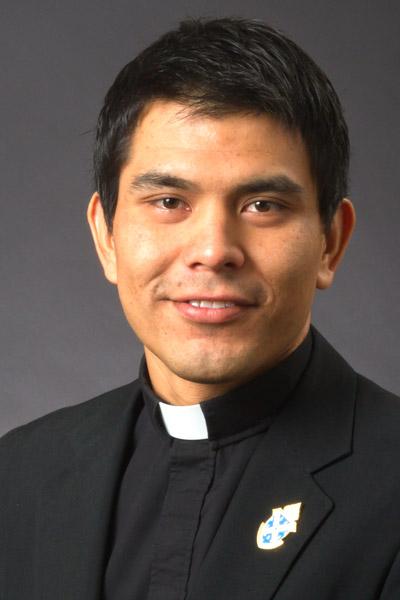 While Deacon Saulo Daniel Ramos Hernandez has spent most of his time pursuing his vocation apart from his biological family, thanks to the constant intercession of his patron and the love of the Catholic communities in Arkansas he’s never been alone.

“Being far away from my family, it has been difficult sometimes,” he said. “It was especially in the beginning, but during all of this process I found the support, especially in the community of Little Rock. Very close families approached me and they gave me all this spiritual and moral support.”

“And in the spiritual aspect, obviously, in the visions of Guadalupe I found my mother.”

Ramos maintains a particularly close relationship with the Blessed Mother. The native of Mexico said his devotion to Our Lady of Guadalupe not only inspired him and strengthened his faith, but was a constant reminder of his heritage as well

“To bring comfort to those who are facing struggles in their life and sometimes they don’t have families close to them, I think that is appealing to me being away from my family.”

Throughout his various stops in the diocese, Ramos has developed a particular fondness for ministering to the sick, elderly and dispossessed. He said his visits to hospitals and nursing homes speak loudly of the mercy of Christ and bring him a particular joy.

With his priestly ordination June 2 in sight, Ramos said looking back over his faith journey, he can see the dramatic ways that the Holy Spirit has worked within him on all levels. He can’t wait to see what lies next.

“I would say it was a total transformation,” he said. “I’m speaking about my spirituality as the first and most important aspect in the formation of priesthood. My spirituality was indeed a transforming process. I entered into the seminary with the basic human formation and then to add to that, my education and faith formation have been very much strengthened.”

He quoted Sirach 2:1-7 as the verse that has brought him thus far and which is near to his heart as he awaits his next chapter.

“It goes like this: ‘My child if you come to serve the Lord, prepare yourself for testing,’” he said. “‘You are straight, be steadfast and don’t act hastily in time of distress. Hold fast to God and don’t keep your distance from him, so that you may find the strength at your end.’”