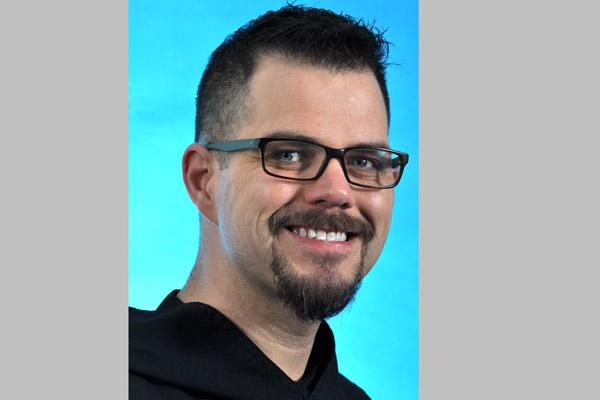 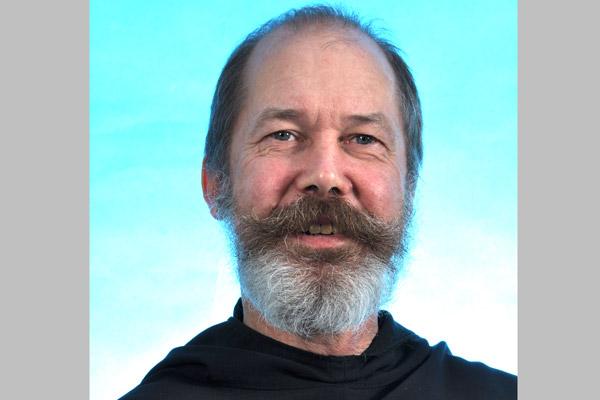 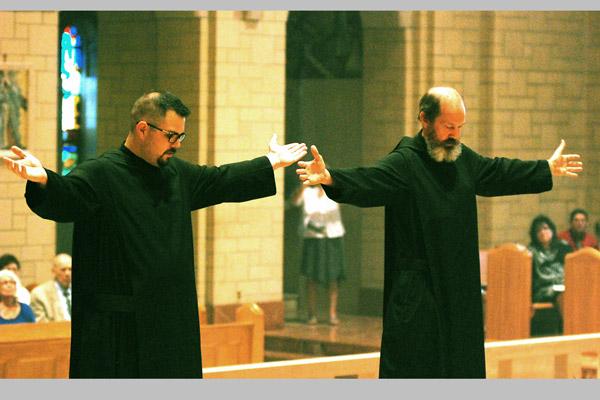 Arkansas Catholic file / Courtesy Subiaco Abbey
Brothers Cassian Elkins (left) and Reginald Udouj take their solemn lifetime vows as Benedictine monks together at Subiaco Abbey in August 2015. Both joined the abbey in 2010, but took very different routes to get there.

Arkansas Catholic file / Courtesy Subiaco Abbey
Brothers Cassian Elkins (left) and Reginald Udouj take their solemn lifetime vows as Benedictine monks together at Subiaco Abbey in August 2015. Both joined the abbey in 2010, but took very different routes to get there.

For the first time in 50 years, Subiaco Abbey will ordain more than one priest during an ordination Mass. Bishop Anthony B. Taylor will be the ordaining bishop and celebrant for the 10:30 a.m. Mass July 14.

Brother Cassian Elkins, OSB, went on a holy detour around his priestly calling. Growing up in southern Louisiana, he went to the seminary right out of high school, then took some time off. He joined the Dominicans of the Western Province in 2006.

“It was gung ho until this monastic vocation crept in. So I put my priestly vocation on hold … because I really wanted to be focused on being a monk,” he said. “I wanted to really experience and live the life where God was calling me.”

He professed his final, solemn vows as a Benedictine monk at Subiaco Abbey on Aug. 8, 2015. Father Jerome Kodell, the abbot for 25 years, suggested he continue his priestly studies at St. Meinrad School of Theology in Indiana.

“‘Oh, can I pray about it?’ because it was a big shock. He’s a big part of my vocation story,” Brother Cassian, 37, said. “I took about a week or two, met with him again. I said … ‘If this is how you want me to serve in the community I will go and finish my studies.’”

His calling will be fulfilled July 14 when he is ordained a priest at Subiaco Abbey.

“With the ordination approaching I feel l have a specific ministry in the monastery. I can serve my brothers as a priest,” he told Arkansas Catholic. “… I haven’t sat down and started crying yet, it’s been a lot to take in. It’s a good kind of anxiety. I’m very happy.”

Before entering religious life, Derrick Cassian found happiness in ministering to the deaf community as a professional American Sign Language interpreter and independent living skills instructor. Though he left his career, he has been able to serve the deaf community during Masses and retreats in Central Arkansas. Brother Cassian said he hopes to use his skills, with permission from the abbot, to celebrate a deaf Mass, a rare opportunity for the deaf community in Arkansas.

“Deaf and deaf blind communities are becoming more and more marginalized within the Church,” because of the lack of funds for professional interpreters, he said, adding that the importance of a deaf Mass is “to be able to incorporate everyone in the liturgy; to be able to reach out to experience the love and mercy of Christ on their level.”

In seminary, one of the lessons he took to heart was not to be too hard on himself.

“Trust yourself as much as God trusts you. I think often we put ourselves down too much and don’t trust in our own abilities and gifts,” he said. “To have a confident humility I think is the best way to put it.”

His new priestly assignments will be as the abbey sacristan, choir master and teaching in the theology and English departments at Subiaco Academy. He will also be coaching the tennis team.

The excitement levels of a sacristan pale in comparison to his other assignments, though Brother Cassian hardly sees it that way. Professing to have an “OCD streak,” he’s excited to make things “streamlined and functional.”

“‘You never know,’ that’s the monastic motto,” he laughed, explaining that monks are notorious for storing things, so he has managed to cope with “lots of breathing and lots of prayer.” “Why do we need 72 old bulletins from 1996? People don’t realize the monastic struggle, the struggle is real.”

“I love my brothers. It is extremely therapeutic” to clean and organize, he said.

Brother Cassian said he hopes his priestly ministry is one of humility.

“Allow the spirit to truly let humility flow through my priesthood and to be able to take the sacrifice of the people and my brothers and offer that sacrifice back to God. That’s what I hope and that’s what I pray,” he said.

Brother Reginald Udouj, OSB, can trace his excitement about the priesthood back to first grade, about the time of his first Communion.

“I wanted to be on the front row to see it happen,” he said during the transubstantiation of the Body and Blood of Christ at Mass. “It was one of the coolest things I could imagine.”

Brother Reginald will soon be able to bring the Eucharist to the faithful after his July 14 priestly ordination.

“I think it’s something I always felt I was supposed to do,” Brother Reginald told Arkansas Catholic. “I think I’m probably just a little overwhelmed, blessed, just happy that it’s going to happen.”

The 57-year-old professed his solemn, lifelong vows as a Benedictine monk at Subiaco Abbey on Aug. 8, 2015. In December, he was ordained to the diaconate.

But his journey to religious life started in his youth while attending St. Boniface Church in Fort Smith, his faith molded by many priests and nuns. Then called Richard, he graduated from Subiaco Academy in 1979, earned a bachelor’s degree and worked as a manufacturer representative for several furniture companies before realizing his calling.

Through his work, he got to know Sister Reginald Mooney, RSM, who worked at Mercy Hospital Fort Smith. She was convinced he belonged at Subiaco and he entered in 2010 taking her name as a monk. She died June 1, 2015, two months before his final profession.

Brother Reginald said while the call to monastic life developed over time, the “call to the priesthood has always been there.” He has studied at St. John School of Theology in Collegeville, Minn., which is filled with lay students studying various areas of theology.

One of the biggest struggles he faced was becoming a student again after being about 35 years out of practice. The “cycle of prayer,” Liturgy of the Hours each day “kept me grounded,” he said.

Beyond the stress of studies, there were moments of encounter that touched his heart, like ministering to families in the hospital.

“I remember being with a family one morning as their mother was dying; sitting there looking out the window the sun was coming up over the Mississippi River, it was just a beautiful moment. It was a room full of love,” he said. “She passed away, of course everyone was sad, but it was a moment of joy remembering their lifetime together.”

Brother Reginald will be filling in as needed at parishes throughout the diocese, but his official assignment will be assistant procurator at the abbey. Essentially an assistant business manager, he will help watch over the assets and “make sure we’re being good stewards of what we have,” as well as working with alumni, helping with tuition assistance and volunteer programs, he said.

While celebrating the Eucharist is a highlight for any priest as “the source and center of our faith,” Brother Reginald said he’s excited to celebrate all the facets of priestly ministry with the people, “just walking with people through the stuff of their lives.”

“A good one,” he said of what kind of priest he wants to be. “… I just want to be somebody that’s able to listen to somebody with their problems. I may not always have the right answer, but let people know they’ve been heard; help them somehow to find peace in whatever situation they’re involved in.”