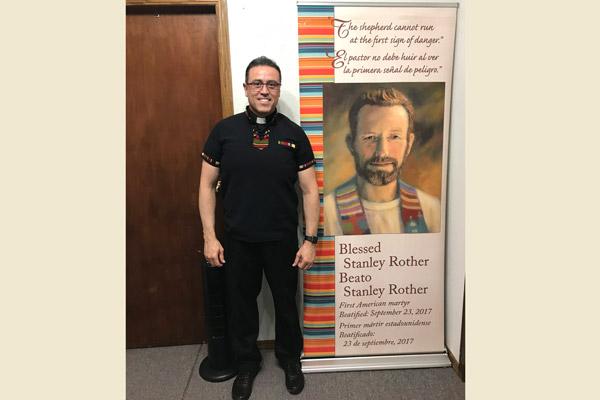 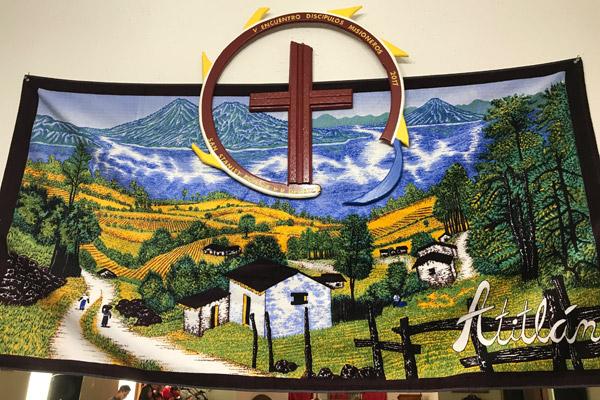 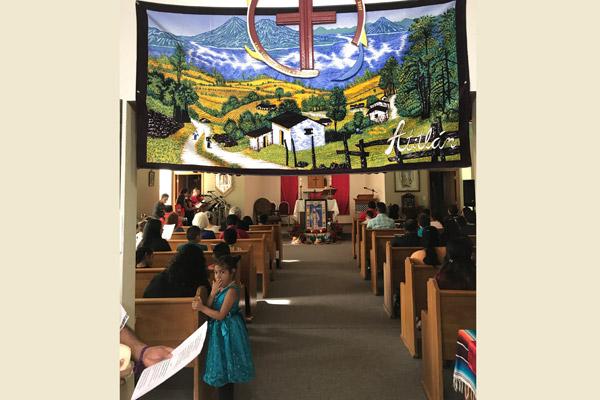 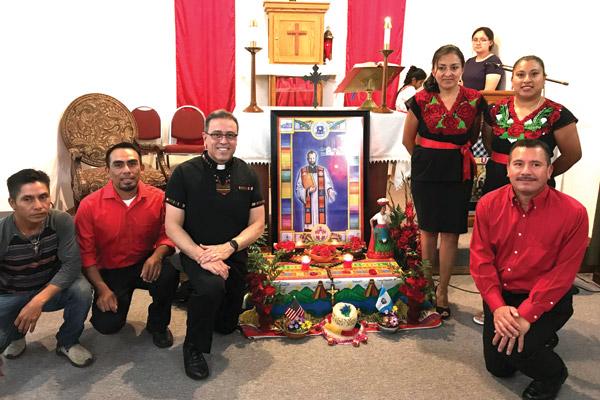 DECATUR — The newest Catholic community in Arkansas held a feast day Mass July 28 for its patron.

Blessed Stanley Rother Church in Decatur was dedicated on September 2017 following the beatification of Father Rother.

The Vatican approved Bishop Anthony B. Taylor’s request in April to be able to add July 28 to the liturgical calendar as an optional memorial of Blessed Stanley in the Diocese of Little Rock.

For its first feast day Mass, pastor Father Salvador Márquez-Muñoz was the celebrant and joined by parishioners from Decatur and St. Mary Church in Siloam Springs.

Father Márquez-Muñoz said, “As the opening song of the Mass declared, Father Stanley was a true shepherd of God who gave his life for love — the shepherd cannot not run at the first sign of danger — but must be faithful to the end.”

Brightly colored handcrafted banners hung across the ceiling. The altar was adorned with Blessed Stanley’s picture and other Guatemalan figurines and flowers. Shirts that were purchased in Guatemala by a parishioner were worn by the pastor, Eucharistic ministers and ushers.

Father Márquez-Muñoz has been responsible for the spiritual needs of the Decatur Catholic community since it first organized in 2013.

During his homily, the pastor reminded the people of the importance and dedication of Blessed Stanley’s life to the Guatemalan people and how his life has inspired both Catholics and people of other faiths.

Blessed Stanley Church is the first church in the world named after the Oklahoma priest who was martyred in Guatemala in 1981.