Christmas carols not in danger in Quebec, specialist says 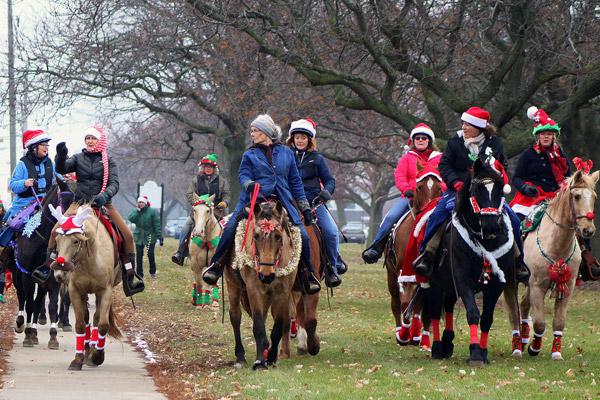 QUEBEC CITY (CNS) -- In the province of Quebec, one of the most secular societies in the world, debates around Christmas carols are not so much about faith and religion as they are about culture. A choir and sacred music specialist believes these carols remain beloved because people especially preserve the emotion associated with them.

"Sacred music remains eminently political," said Guillaume Boulay, director of the Levis Polyphonic Choir and of Quebec City's international sacred music festival. "It is played for the biggest celebrations, when there are the most people, in every parish.

"The lyrics borrow from a form of French nationalism inherited from the French revolutions," he said. For French Canadian ears, "it's as if it sometimes said, 'Come help us overcome the bad Englishmen.'"

But for Boulay, these considerations fall a distant second to the fact that these carols remain beloved because people especially preserve the emotion associated with them.

"Christmas in general is incredibly steeped in tradition," he said. "Today, such carols are more about the emotion than the message itself. People go to Mass on Christmas for the tradition and to hear them."

"Secular Christmas songs are less rooted in tradition because their themes are more general," said Boulay. "The common denominator is a little lazy. We find ourselves with 'Baby It's Cold Outside,' stories of gifts, snowmen. ... The music is catchy and pleasant, but it doesn't have the depth of the faith-based carols."

During the 19th century and early 20th century, the French-speaking world developed a Christmas repertoire in French to add to the Latin one. It was during that period that what can be considered by Catholics as the "holy trinity" of French Christmas carols became popular.

"Venez divin Messie" was developed in the 18th century using a 16th-century French tune. Its lyrics were modified after the Second Vatican Council. It can be heard in most French-speaking communities during the Advent, often sung at the end of the Mass.

"Minuit, chretiens," from Adolphe Adam in the mid-19th century, remains to this day an iconic carol for French Canadians; being chosen to sing it for midnight Mass has long been considered an honor.

Such carols, most notably "O Holy Night," were popularized in French Canada by Ernest Gagnon, the former organist at the Notre-Dame de Quebec Cathedral, who died in 1915.

"He was a major figure in Canadian music. People came to the cathedral of Quebec to hear him play. The fact that he was the one who made these (Christmas carols) arrangements anchors them in history."

But sooner or later, lyrics must resonate in people's lives, and the nostalgic past associated with these carols must also correspond to true memories. In this respect, as fewer French Canadians celebrate the Nativity and its message, are Catholic Christmas carols in danger of becoming progressively forgotten?

For Boulay, it's a cultural issue. "The transmission of culture goes through educational work done everywhere. Children attending Christmas concerts feel the difference. The filter of history does its job: what we hear, it's still the best Christmas music among all the efforts accumulated over time. I don't think that 'O Holy Night' or 'O Come Divine Messiah' are in danger."

Vaillancourt is editor-in-chief of Presence info, based in Montreal.