A Catholic you want to know: Bryan Nguyen 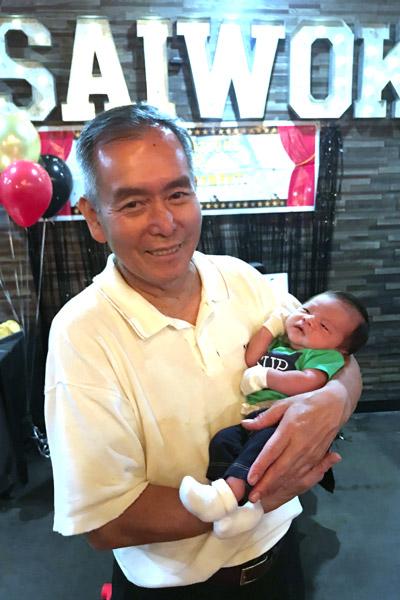 Why you want to know Bryan Nguyen: Bryan became a parishioner at St. Vincent de Paul in 1981. Realizing there were other Vietnamese families in the parish who longed for a Mass in their native language, Bryan began working to have one said regularly. Today, a Vietnamese Mass is offered the third Sunday of every month at St. Vincent de Paul Parish with around 50 people attending.

Family: Married to Carolyn Liem Le for 41 years. They have three adult children and three grandchildren.

What feeds you spiritually?
I was born and raised Catholic. It is something I have always known because my family are all avid churchgoers. I believe that my spiritualty is fed when I go to church or pray.

You came to the United States as a refugee and eventually settled in Arkansas. How did you decide on Rogers?
I came to the United States in 1975 following the Vietnam War where I was brought as a refugee to Fort Chaffee in Fort Smith. This is where I met my wife. I worked many different jobs all over America. I resided in Minnesota, Iowa and Arkansas. I now live in Rogers because I was transferred with the company I worked for back then. As my career evolved from being a nurse assistant to electrical technician/engineer to an at home chef, Rogers is where I ended up staying. I worked at several companies in northwest Arkansas.

Why was it important for you to start the Vietnamese Mass?
I have always felt welcomed at St. Vincent de Paul. I felt that my fellow parishioners encouraged me to be myself and accepted me, even though there were some language barriers, as English was my second language. I knew that since I was accepted here for me, I thought that the members of the church would accept others that were Vietnamese too.

Currently you own a restaurant in Rogers and work side-by-side with family members. Was this always your dream?
Eventually I opened Saiwok Vietnamese Street Food restaurant in Rogers. I have always had the American dream of being a business owner and I am grateful it came true. I have always wanted to have somewhat of a legacy built for my family; this is why Saiwok was born. So, I approached my family and shared my ideas. I knew that every member of my family had a skill set that they would contribute to the restaurant.

You have overcome many difficult obstacles and have succeeded. What has sustained you during these times and helped you prevail?
There have been many times in my life where I turned to God and prayed because of my struggles. From being a refugee after the Vietnam War without knowing English to a small business owner in America, all of my hardships and successes have only brought me closer to God spiritually. Praying as I go through any type of adversity is what has always helped me and is something I have strived to show my kids and grandkids.