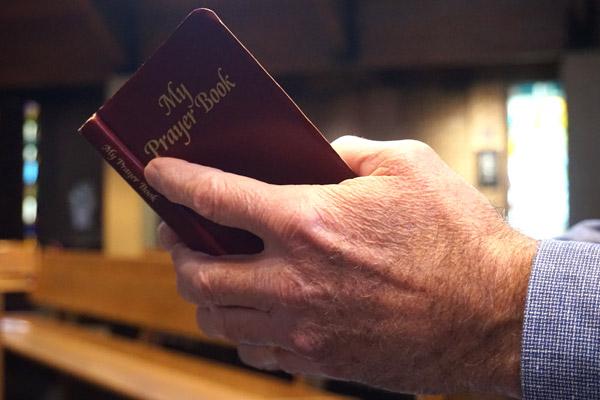 Aprille Hanson
Take it to prayer: Asking God to shine a light on the hidden darkness in our soul is the first step toward making a good confession.

Aprille Hanson
Take it to prayer: Asking God to shine a light on the hidden darkness in our soul is the first step toward making a good confession.

There’s no strict format for confession, but there are ways to make the experience more fulfilling and life changing.

Take it to prayer

Sin is darkness in the soul and asking God to shine a light on what is hidden is the first step.

“The things we often most need to deal with we push farther in and so we shroud them in darkness inside of us,” said Father Erik Pohlmeier, diocesan director of faith formation.

Catholics can turn to various documents called “Examination of Conscience,” which help with reflection. There is not one official Church examination, but several out there, including ones listed on the United States Conference of Catholic Bishops website (usccb.org) for children, young adults, single people, married couples and ones based on the Ten Commandments and Catholic Social Teaching. There are also ones for priests.

“Ultimately that’s what sin comes down to, are we cooperating with God’s plan for our life or not? If we’re not, those are areas in our life that can be made better,” Father Pohlmeier said.

Father Norbert Rappold, pastor of St. Peter the Fisherman Church in Mountain Home, said understanding why God has brought someone to confession is important to avoid “ho-humming” or not knowing what to confess, and to allow “God’s mercy as part of the preparation of the soul, opening of the soul.”

“If you’re shot (and killed) before going into confession, God is going to honor that as their confession,” if a person has taken prayerful preparations ahead of time, he said. “Kind of like baptism of desire. Confession is already starting when you’re preparing and really reflecting on going to confession. So that’s always a good thing to do.”

Father Pohlmeier said priests are “trying to get a sense of the state of the heart” of someone in the confessional, not if they have memorized the Act of Contrition.

“Somebody may follow the rules exactly, but it sounds superficial. Where somebody else might not know at all what they’re doing in terms of what prayers to say or even how to start. And yet they’re clearly there because they feel a hurt and want to be reconciled with God so that’s what matters,” he said.

While some may stress out because they cannot recall one or two sins from the past, they might be missing the point. Father Pohlmeier reiterated that God is not waiting to check off what sins are confessed. That mentality will cause greater anxiety, but focusing on God freeing us from sins that hold us back from his love will become “about the change of the heart,” he said.

“If we’re sincere in saying to God ‘I can’t do this without you, I’m sorry for how I messed it up, I depend on you,’ then the specific things are not a problem. And we know the difference between I forgot and I didn’t want to say it,” he said.

Heart racing, sweaty palms and downcast eyes as the door to the confessional suddenly opens. If that description sounds familiar, put the fear to rest. Priests are not there to judge, but that concern about what a priest will think can cause the faithful to not confess certain sins weighing on the heart or avoiding confession all together. This fear stands in the way of our relationship with God.

“Priests commit sins too so we don’t have any illusion that if you’re not coming to confession it’s cause you don’t have any sins. Everybody commits sins,” Father Pohlmeier said. “But what a priest thinks when he sees somebody go into confession is not, ‘I can’t believe you did that.’ He thinks, ‘This is amazing that you’re here trying to reconcile with God. This is what’s most important. This is why I am a priest.’ So the opposite of what people think is what actually happens. When somebody that you know comes to confession and what you see is an honest and sincere desire to grow, I have actually more respect for you, not less.”

Faithful can either confess face-to-face or behind a screen, but more in-depth, ongoing guidance, if desired, happens face to face.

There is also no requirement to say word for word the Act of Contrition, as there are many versions. Father Pohlmeier said while many apologize for not remembering the prayer, it’s “perfectly fine for somebody to just make it up because the only point of it is conveying I’m sorry, I need God’s help and I’m doing my best to be better. It can be the simplest act of contrition, ‘Have mercy on me, a sinner.’”

Father Rappold said most parishes have materials available to explain the sacrament of confession while the faithful wait their turn.

“Don’t worry about how long it has been or whether you’re going to do it right. Every priest is there to help you,” he said.

Time for prayer: More conversations with God this Lent