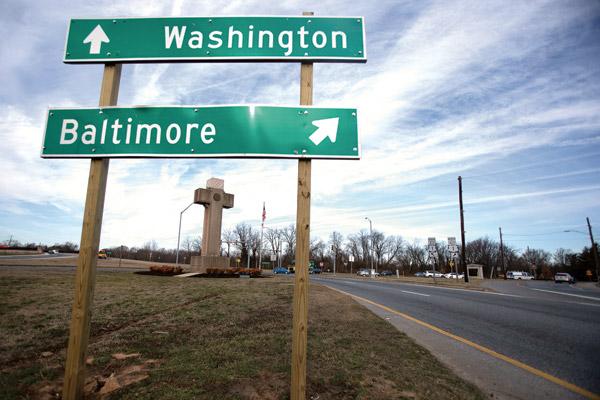 ‘Not afraid of history’

VATICAN CITY -- Declaring that the Catholic Church is unafraid of history, Pope Francis announced that documents in the Vatican Secret Archives relating to the wartime pontificate of Pope Pius XII will be open to scholars in 2020.

WASHINGTON -- Just before the Supreme Court heard oral arguments about Maryland’s Peace Cross -- which pays tribute to fallen World War I soldiers -- a few people on the steps of the court were confident the weathered monument would get to stay in place.

WASHINGTON -- The Supreme Court is sending a death-row case back to the lower courts to determine if the inmate’s dementia, brought on by strokes he suffered while on death row, should prevent him from being executed.

Christina Marie Becker Schluterman, 90, a member of St. Joseph Church in Paris, died Feb. 11. She is survived by ...

Must a murderer turn himself in to be forgiven?

Q. I am an old-time Catholic. We were taught that, to be forgiven in confession, we had to: 1. be truly sorry; 2. resolve firmly never to commit the sin again; and 3. make it right. (Question Corner, Seeds of Faith)

To make change do the heart work for Lent

Recently I was captivated by an opinion editorial in USA Today titled “I’ve played a role in toxic public debate” by CNN political analyst Kirsten Powers. I am not familiar with the author and have not watched her on television. Powers took a leave from social media to reflect on her role in the “increasingly toxic public square.” (Columns)

Beware of taking a ‘fake fast’ this Lent

If you are still pondering how to observe Lent this year, maybe take a page from Pope Francis. (Editorial)