Pattie Davis to return to state to lead MSM 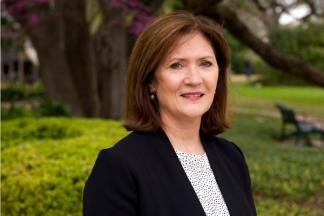 “Dr. Pattie Davis has committed her entire career to Catholic education. She has invaluable experience as a teacher, as a principal and as an administrator in three dioceses. Her life-long pursuit of continuing education and academic challenge will be a tremendous example for our students and staff,” said Greg Hartz, chairman of the Mount St. Mary Academy board of directors. “Our board was very impressed by her strong faith, love for Mount St. Mary Academy and her dedication to the guiding values of the Sisters of Mercy. As chairman, I encourage our community to reach out to Pattie and assist her in her new role, that our rich tradition of 168 years may continue well into the future.”

Davis most recently served as superintendent of Catholic schools for the Diocese of Las Cruces in New Mexico, where she was instrumental in launching efforts to strengthen the Catholic identity of the schools within the diocese. She served in the same administrative role for the Archdiocese of San Antonio from 2009-2014.

A native Arkansan, Davis worked in the Diocese of Little Rock for nearly 15 years prior to moving to Texas, serving as associate superintendent for the diocese, principal of Immaculate Heart of Mary and a teacher at several Catholic schools. She taught social studies at Mount St. Mary Academy from 2004-2005. Davis received a doctorate in education, with a focus on international education and entrepreneurship, from the University of Incarnate Word in San Antonio in January. She received a master's degree in educational administration from the University of Arkansas at Little Rock in 2004, and a bachelor's degree in elementary education at UALR in 1995.

“I cherish my time spent in Texas and New Mexico, but truly my treasure is at home in Arkansas with family and lifelong friends,” Davis said. “As I move into this new chapter of my life, I feel extremely blessed to serve in the role as president, and I look forward to working with the entire school community as we continue to build upon the rich legacy of Mount St. Mary Academy.”

Davis will succeed Karen Flake, who has served as president of Mount St. Mary Academy since 2012. The first layperson to hold the president’s position, Flake will retire at the end of the school’s current fiscal year in June.

Home has always been a pillar of Catholic education