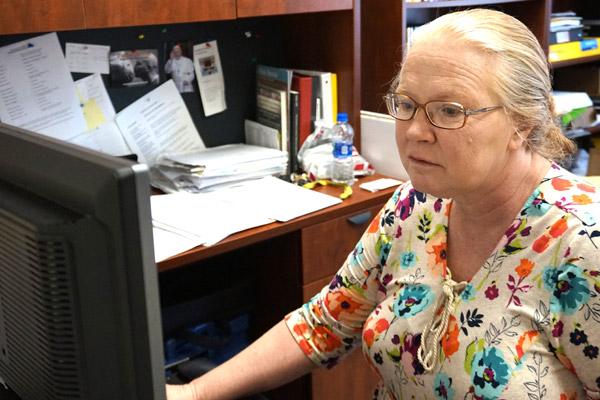 To keep up with the latest bills moving through the Arkansas Legislature, visit arkleg.state.ar.us.

Arkansas made national headlines after Gov. Asa Hutchinson signed the Cherish Act into law March 18, which bans most abortions beyond 18 weeks gestation. Medical emergencies and cases of rape or incest were exceptions stated in the law.

Before the bill was enacted, the state limited abortions to 20 weeks. Utah signed a similar bill into law March 25.

“Life is precious and God does miracles. Chances of surviving at a younger and younger age happen all the time … we know that this is a human being that has a really good chance of living outside the mother’s womb and we want to protect this person even while it’s in the mother’s womb, that’s where we should be going,” said diocesan respect life office director Catherine Phillips. “Unfortunately, we see these disturbing trends fighting against this and not even just supporting abortion through all the term of pregnancy, but even infanticide after a child is born. That’s just horrifying.”

According to the latest statistics from the Arkansas Department of Health, out of the 3,249 abortions in 2017, 75 children were aborted at 18 through 20 weeks.

“Life is precious and God does miracles. Chances of surviving at a younger and younger age happen all the time.” Catherine Phillips, diocesan respect life director

The American Civil Liberties Union released a statement March 15 indicating it would challenge the law in court.

Phillips reiterated that the state has a vested interest in protecting both the health of the woman and her unborn child.

“Abortion is not health care; because women suffer long-term consequences from abortion, as do men. What about men’s health care? So here in this state, our legislators have a good understanding that this is a life-is-precious issue,” she said.

There are several other abortion measures that have gained momentum this legislative session, including Senate Bill 448 requiring doctors who provide abortions to be board-certified or eligible for certification in obstetrics and gynecology. While abortion proponents argue this will further impede women’s access to health care in the form of abortion services, Phillips questioned if the goal is for safety of women, then making increased certification requirements for abortion providers should not be problematic.

The bill also repealed the language in Arkansas Code § 20-16-702(3) that considered a “viable fetus” as one that could live outside the womb and not considered viable until the end of the 25th week of pregnancy. It instead stated that viability in part means “there is a reasonable likelihood of sustained survival of the unborn child outside the body of the mother, with or without artificial life support.”

It was approved by the Senate and discussed in the House March 19.

In February, Arkansas also became the fifth state to pass a “trigger law,” meaning a total ban on abortion if the 1973 court decision Roe v. Wade is overturned by the U.S. Supreme Court. According to a March 19 CBSNews.com article, Arkansas joins North Dakota, South Dakota, Mississippi and Louisiana with trigger laws, while eight other states have proposed them.

While Phillips said the trigger law is “making a public statement that abortion is wrong,” it is also important to continue to make sure every child, unborn and born, is cherished and loved by parents who also feel they have the support and resources they need to parent or safely place a child for adoption.

“I just feel we have so much more that we need to do, really caring for people, really respecting people. Let’s do it in a world where abortion is illegal yes. But while it’s still legal, we can still work towards that,” Phillips said. “Our efforts to changing the laws are good but what would our world look like if we put even more effort into caring for our brothers and sisters who are here among us, born or unborn?”

To keep up with the latest bills moving through the Arkansas Legislature, visit arkleg.state.ar.us.