Burney loved the sisterhood she felt at all-girls high school 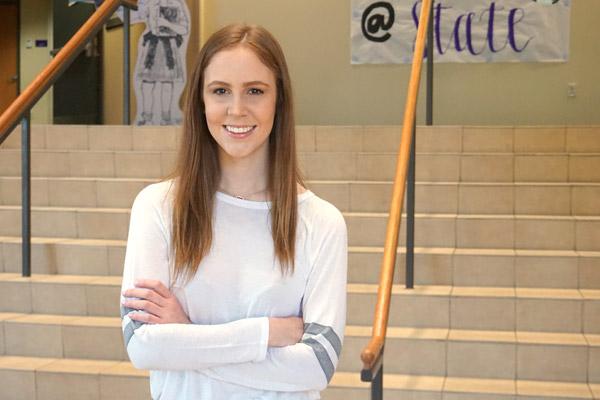 Aprille Hanson
Wesley Burney, 18, is the only student in at least six years to achieve perfect attendance all four years attending Mount St. Mary Academy in Little Rock. She will study communications at the University of Arkansas.

Aprille Hanson
Wesley Burney, 18, is the only student in at least six years to achieve perfect attendance all four years attending Mount St. Mary Academy in Little Rock. She will study communications at the University of Arkansas.

As a Mount St. Mary Academy freshman, Wesley Burney had to write down what she wanted to accomplish at the Little Rock school by senior year.

“I remember I wanted to drive a Jeep and I do, so that’s pretty cool. I wanted to be Mountie Messenger president. I think I even said Eucharistic minister might be cool but I don’t know. That was kind of interesting. I ended up accomplishing all of them,” she said.

“I don’t know,” she laughed about how it was possible. “That was hard. So ever since I was younger, my parents were like, ‘We’re paying for your education, you are going to school,’” she said. “This year my friends are like ‘You’re not breaking it.’ Everyone was trying to plan the senior skip day and they’re always like, ‘OK when should we have it’ and I’d always say like days we were off of school.”

“It was cool because we got to research it and explain it to everyone.” Wesley Burney

It’s an impressive feat, but Burney, 18, had no reason to miss out. She spent the past three years championing her school as a Mountie Messenger, giving tours to prospective families.

“Honestly, the sisterhood. It’s so cheesy but it’s true,” she said of MSM.

It was a nice transition from the co-ed Christ the King School because “here I show up and barely brushed my hair and no one cares. I know almost everyone; I’m still friends with everyone. It is a big sisterhood.”

Burney, the youngest of three children to Brad and Mary Catherine Burney and a member of Christ the King Church in Little Rock, is graduating with a 3.4 GPA. She is in several clubs, including campus ministry.

She has volunteered often with children at Building Bright Futures, a tutoring program at Christ the King, Arkansas Children’s Hospital and Camp Aldersgate for children with disabilities.

A memorable moment during her senior year was establishing the Conspiracy Theory Club. She and three other girls, “all obsessed with JFK,” held the first meeting and about 150 students showed up. She led four meetings, covering the John F. Kennedy assassination, Area 51, the disappearance of Malaysia Airlines Flight 370 and Princess Diana’s death.

“It was just interesting to hear all these crazy things, like that is so not real,” she said, but added, “It was cool because we got to research it and explain it to everyone.”

Burney will attend the University of Arkansas studying communications, hoping to be a sports broadcaster for both football and baseball.