Leadership possible thanks to Subiaco

Over three years, Seiter came out of his shell to end up student body president 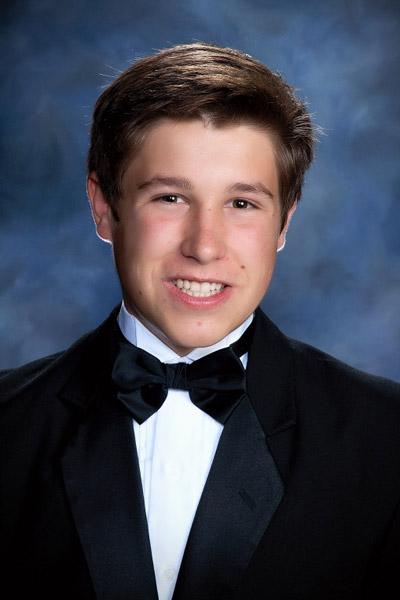 Paul Seiter, a member of Immaculate Conception Church in Fort Smith, is heading to the University of Arkansas to study biochemistry.

Paul Seiter, a member of Immaculate Conception Church in Fort Smith, is heading to the University of Arkansas to study biochemistry.

Paul Seiter is leaving Subiaco Academy a much different person than the one that arrived as a 10th-grader. He credits the school for fostering leadership skills he didn’t even know he had.

“I’d have to say that’s one thing that’s valuable that I’ve gained from Subiaco, besides the brotherhood and, of course, all the friends,” he said. “When I came to Subiaco, I was somewhat shy I guess. But after I got here, I got involved with a lot of clubs and met a lot of people, joined a lot of sports teams. I ran for student council president. I think that involvement is the one thing that really got me outside of my comfort zone.”

Seiter, 17, takes with him a list of accomplishments, including captain of the soccer team, running cross country, a member and state-qualifying competitor of Future Business Leaders of America and a member of National Honor Society. He was also active in student government, culminating with being elected student body president this year.

Participation in so many events paid dividends unto themselves but took on an added dimension in the Subiaco environment. Seiter said the school’s international student body has taught him things about people and culture he couldn’t get at a lot of schools.

“I’ve made a lot of friends from different countries, and I think it’s really neat being able to meet different people who have different viewpoints.” Paul Seiter

“Subiaco has given me a lot broader of a scope of understanding,” he said. “I’ve made a lot of friends from different countries, and I think it’s really neat being able to meet different people who have different viewpoints. I think it makes you a better person because you’re able to better understand other people.”

Born in Miami, Seiter has lived in Fort Smith for the past seven years where he and his family are members of Immaculate Conception Church. He attended Trinity Junior High in seventh through ninth grades before coming to Subiaco Academy. A cradle Catholic, he also acknowledged the school’s impact on his spiritual life.

“I think that Subiaco has helped me grow my faith simply because of how challenging it is,” he said. “There’s a lot of obstacles that I have to overcome. I have a busy schedule. I commute every day about an hour and that was one really difficult thing. Being able to still have faith and still have belief in God and not give up on anything, I think that was a really important lesson.”

As for Paul, he’s headed to the University of Arkansas in Fayetteville where he’ll be in the Honors College. He plans to major in biochemistry with an eye on a career in dentistry or medicine.