Arkansas Catholic subscribers keep up with the news 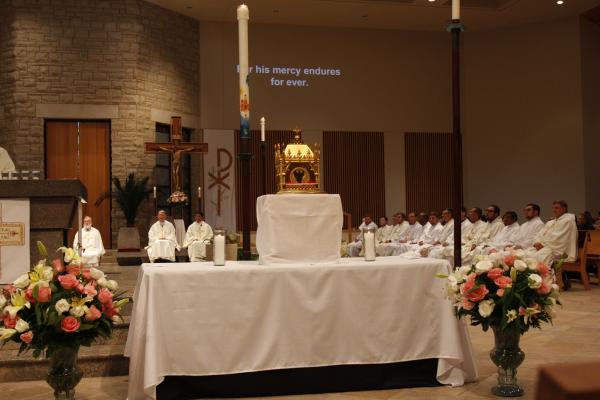 ROGERS -- Very few people have the chance to see a real heart. But fewer still have the opportunity to see the heart of a saint.

Alma Lillian Hartman, 100, a member of St. Joseph Church in Tontitown, died April 30. She is survived by ...

Donating to Notre Dame or the poor? It’s not an either/or decision

On April 15, as Arkansas priests were gathered for the annual Chrism Mass and day of recollection, the topic of conversation during an early afternoon break quickly became the fire then burning at Notre Dame Cathedral in Paris. (Understanding our Church, Seeds of Faith)

What is best about your Catholic school?

“The best thing about Catholic school is the people. The people treat everyone like family; the teachers, students and the parishioners. The teachers are ...” (Youthspeak, Seeds of Faith)

Where do single Catholics fit in the Church?

Selling sizzle at a pulpit near you this summer

I heard about a parish recently. It has regular eucharistic adoration, but only the old-timers show up, and their numbers are shrinking. There is some handwringing over this fact. Nobody wants to see it disappear when its current devotees disappear. The funny thing is, nobody talks it up either. Not from the pulpit. Not in the bulletin. Nada. (Columns)

#SexStrike is about what Church already said

Objecting to the passage of a sweeping pro-life bill in Georgia, actress Alyssa Milano recently took to Twitter to urge women to stop having sex until “we get bodily autonomy back.” (Guest Commentary)

Abortion is taking center stage for the first time in many years. State politicians are debating and voting on important legislation and looking toward the U.S. Supreme Court making a major decision on whether Roe vs. Wade is unconstitutional.