After more than 40 years with Diocese of Little Rock, ministry begins transition July 1 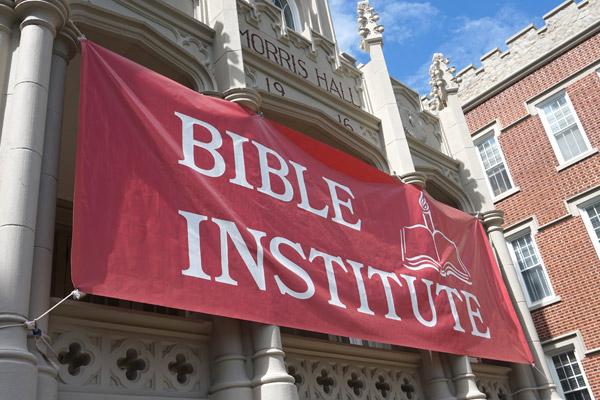 After more than 40 years of operating as a ministry of the Diocese of Little Rock, Little Rock Scripture Study will be owned and operated solely by Liturgical Press beginning July 1.

The Diocese of Little Rock announced the sale of the renowned Bible study program June 19 to its longtime partner, Liturgical Press, based in Collegeville, Minn.

The diocese entered into a partnership with Liturgical Press in 1985 as a way to assist with marketing and national distribution of materials. The LRSS office in Little Rock oversaw the creation of content and production of videos as well as organizing local events and workshops around the country.

Bishop Anthony B. Taylor said he was prompted to evaluate the best way to continue the ministry so that it remains vital.

“Our primary concern is to do what is best for the apostolate,” he said. “This extraordinary diocesan ministry grew out of a hunger for the Word of God among Catholics in Little Rock who wanted to emulate their Protestant neighbors’ deep knowledge and love of Scripture. It quickly grew to become a mainstay for Catholics in the United States and beyond. This change in ownership enables Liturgical Press to respond quickly to the needs of Catholic parishes and individuals.”

“Little Rock Scripture Study has been a very fruitful program of education and inspiration for Catholics. We are grateful to have been a partner to the diocese for so many years and hope to continue this spirit-filled work for many more years.”

LRSS was founded in 1974 by Tammy and Fred Woell of Little Rock with Father Jerome Kodell, OSB, of Subiaco Abbey, and a group of other pastors and lay people. Their desire was to develop Catholic Bible study material for lay people.

“In 1974 when this started there was nothing available for adult faith formation, really,” director Cackie Upchurch said in an interview with Arkansas Catholic. “Maybe there were some local efforts, but there was nothing you could access nationally … And there was not a lot in Bible study in particular. We were really the only game in town for a long time. Now we have tons of competition, and I think that is a good thing for parishioners. People can access a variety of types of adult faith formation that were never available before.”

By 1977 Bishop Andrew J. McDonald called LRSS the official adult education program for the Diocese of Little Rock. In 1990 the program added an annual Bible Institute to bring in well-known biblical scholars to provide more enrichment for parishioners in the state. While adult faith formation was the foundation of the program, from 1991 to 2003 it offered a young adult program and from 1993 to 2001 it offered a children’s program. In 2011 the publication of the Little Rock Catholic Study Bible was the culmination of nine years of collaborating with Scripture scholars around the country. LRSS added a new series of short books on biblical spirituality called Alive in the Word in 2016. In 2018 LRSS relaunched its materials in a shorter, more streamlined format.

Today LRSS has 38 studies in English and 11 in Spanish for adults. At one point it was used in 52 countries.

Msgr. Richard Oswald, who is now a senior priest in Little Rock, was named the first director of LRSS, followed by the late Deacon Matt Mattingly and Steve Binz. In 1998 Cackie Upchurch was named the first layperson and first woman to lead the ministry.

“We use the tools that are appropriate to Catholic biblical scholarship, and we try to use them in a way that makes it user friendly for the typical person who is not going to get a degree in Scripture,” Upchurch said. “That was the tradition that was started by Father Jerome in those first initial years. The Woells brought their experience with Protestant Bible studies. I hope we have been good stewards of what they did initially. It has grown exponentially beyond what I am sure they ever dreamed.”

Upchurch is retiring effective July 3. Amy Ekeh, who joined the staff in 2018 as the associate editor and program developer while living in Milford, Conn., was named the new director of LRSS. Longtime associate director Lilly Hess will continue to assist LRSS with video production and will remain working for the Diocese of Little Rock.

Upchurch said LRSS will continue to be important for the Church.

“I still believe what the Church teaches, that Scripture is the foundation,” she said. “You can’t do evangelization without Scripture, period. It is just not possible. You can’t be formed as an evangelist without Scripture…. It was a very different world when (LRSS) was conceived. The Spirit has led us from the beginning and any new chapters will be Spirit-led.”