Cackie Upchurch grateful for 30 years worth of relationships with scholars, participants 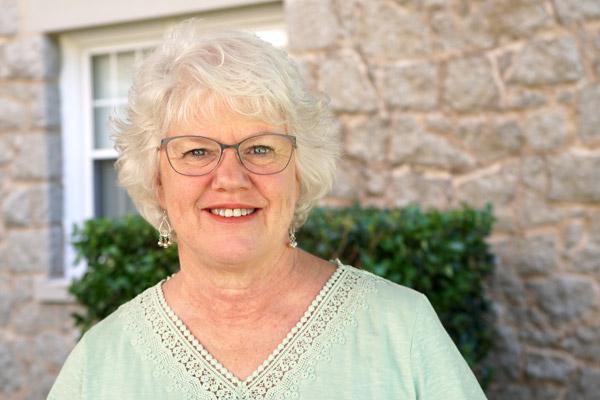 Malea Hargett
Cackie Upchurch, who has worked for Little Rock Scripture Study for 30 years and been director since 1998, has seen the ministry change in response to participant’s needs. She retires July 3.

Malea Hargett
Cackie Upchurch, who has worked for Little Rock Scripture Study for 30 years and been director since 1998, has seen the ministry change in response to participant’s needs. She retires July 3.

Gratitude is an overwhelming feeling for Cackie Upchurch as she reflects on her 30 years working full time for Little Rock Scripture Study.

Effective July 3 she is retiring, but she is hopeful she could contribute to some writing or editing projects for the international Bible study program in the future.

For most her life, Upchurch has been associated with lay ministry, first as a high school student in Fort Smith leading Catholic Youth Organization activities and Search retreats in the 1970s, to being a Catholic school teacher and workshop presenter volunteer for LRSS in the 1980s and then beginning in 1989 as an employee for LRSS.

In high school she felt the calling to work for the Church, but she didn’t have any laywomen role models to emulate. She knew she wasn’t called to be religious sister, so she didn’t think there was a place for her.

“I want to study theology, but what else can I do?” she wondered.

Her friend Msgr. David LeSieur, now the pastor in Rogers, eased her mind that she could study theology as a laywoman. “I can?” the high school student asked the priest.

In 1984 she returned to Arkansas to become a campus minister and theology teacher at Mount St. Mary Academy in Little Rock. Then in 1989 a position as associate director for LRSS became available from then-director the late Deacon Matt Mattingly.

“I had done Little Rock Scripture Study in high school in Fort Smith,” she said. “I loved it and it was great … We didn’t know anything about the Bible, that was our perception. … To make it your own, to learn about the language, the culture. And to understand that it applies to now. It made it alive.”

Among her first duties was organizing the first Bible Institute in 1990 at St. John Center in Little Rock. Bringing biblical scholars to a state with no Catholic colleges was refreshing for the Bible study leaders and participants who attended. And fittingly, one of her last duties will be hosting this year’s institute June 21-23.

In 1998 Upchurch was offered the director position, making her the first layperson and first woman to lead the ministry. Over the past 30 years she has seen the ministry change as other Catholic Bible study programs were published and participants wanted shorter studies.

Among her biggest accomplishments were the partnerships formed with groups in Australia, New Zealand, Singapore and Malaysia to distribute LRSS materials and the publication of the Little Rock Catholic Study Bible. At one point LRSS was used in 52 countries.

In the 1990s Upchurch visited Oceania and Asia to introduce the program to new audiences and into a new language.

Then in 2011 LRSS published a study Bible, a mammoth project that took nine years to produce.

“That was a huge undertaking,” she said. “I ended up being the one who designed and pulled together sample pages, cutting and pasting with tape and glue to figure out how to do it.”

Upchurch, 61, a popular speaker for RCIA, retreats and other adult faith formation in parishes, will be moving to Fort Smith in July.

“It became apparent to me in the last couple of years that my mother as she ages might need some assistance. I felt more and more called to respond to that,” she said.

She said the fourth commandment to honor your father and mother factored into her decision.

“In the biblical context … you took care of your parents … You honor your parents by the way you care for them as they age,” she said. “I felt God was asking me to respond.”