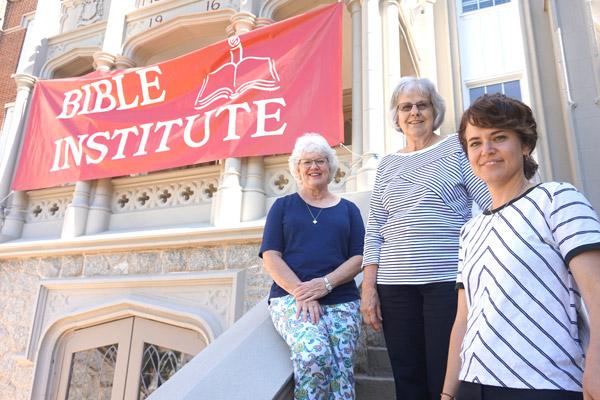 Amy Ekeh, who joined the Little Rock Scripture Study staff in 2018 as the associate editor and program developer while living in Milford, Conn., was named the new director by Liturgical Press.

Longtime associate director Lilly Hess will continue to assist LRSS with video production and will remain working for the Diocese of Little Rock.

Since joining the LRSS staff, Ekeh has been working remotely from her Connecticut home. Prior to joining the LRSS staff, she had contributed to several periodicals, including Catechist magazine, served as a retreat leader and had written for the Alive in the Word series for LRSS. She holds bachelor’s and master’s degrees in theology and serves as an instructor at Harford Catholic Biblical School and an adjunct faculty member of Sacred Heart University in Connecticut. Ekeh, pronounced “AY-kay,” attends St. Ann Church, part of St. Raphael Parish in Milford, Conn., with her husband and four children.

“She has taught me that Little Rock Scripture Study is not just a program or a product — it is a ministry. It is a living ministry that is about bringing Scripture to life in people’s minds and hearts,” Ekeh stated in an email interview with Arkansas Catholic. “To be effective in this ministry, we have to keep the Word and the people at the center, even while we are doing our best to make smart decisions about publishing and marketing in today’s Church. Cackie has led this ministry with grace, humor and joy. I hope I can do the same.”

While the ministry leaving the Diocese of Little Rock has been emotional, Ekeh said she is sensitive to that reality and she hopes to continue its strong legacy with Liturgical Press.