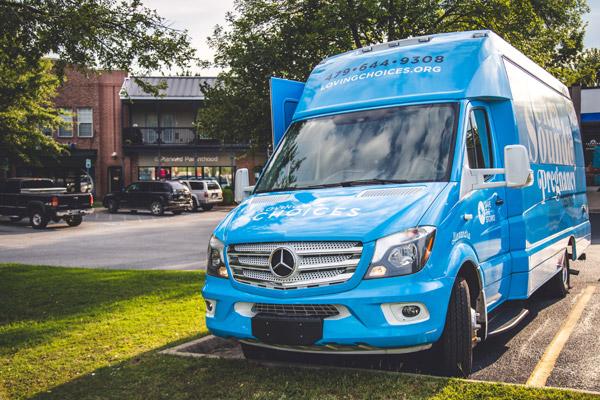 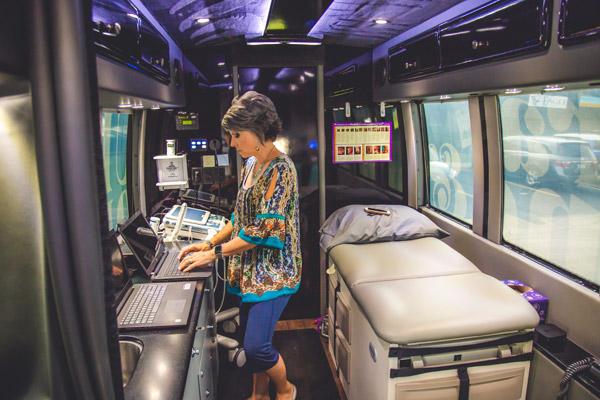 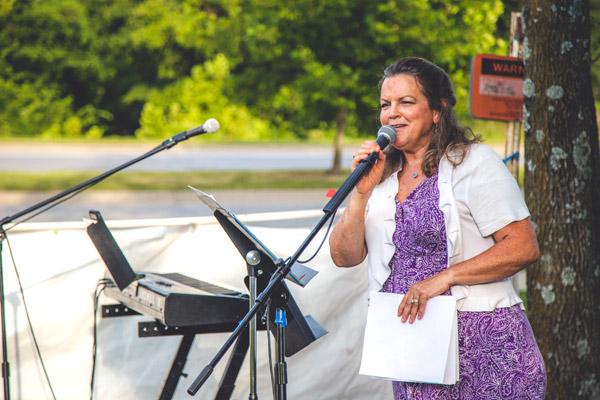 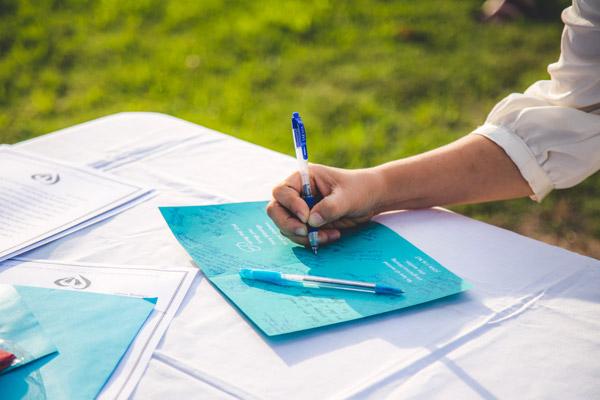 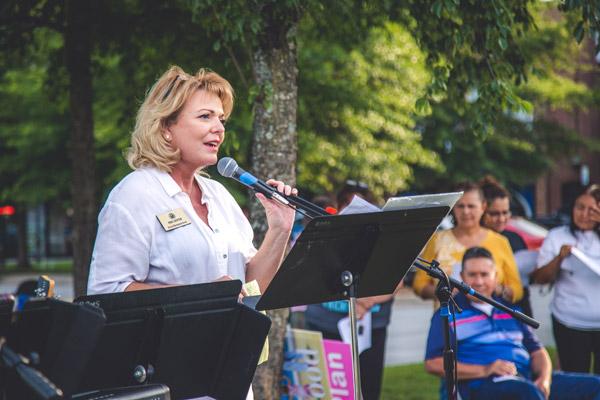 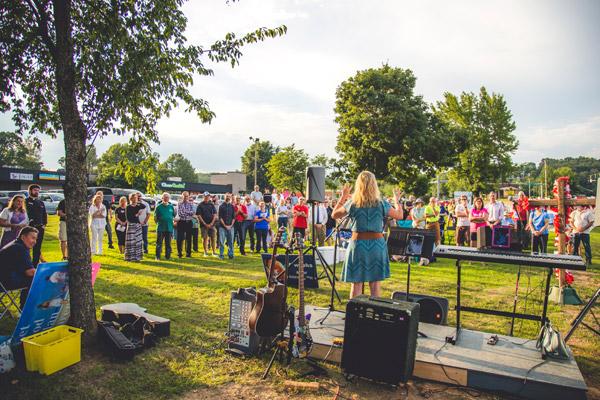 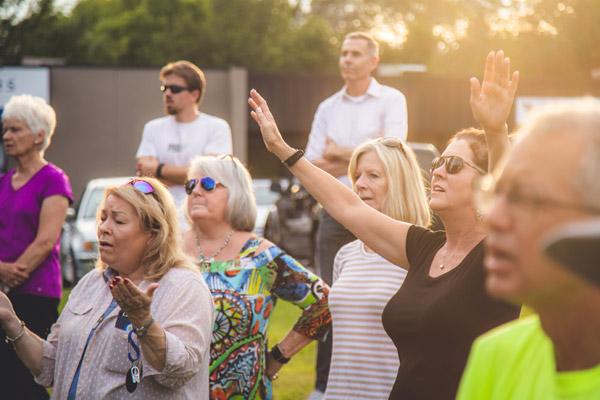 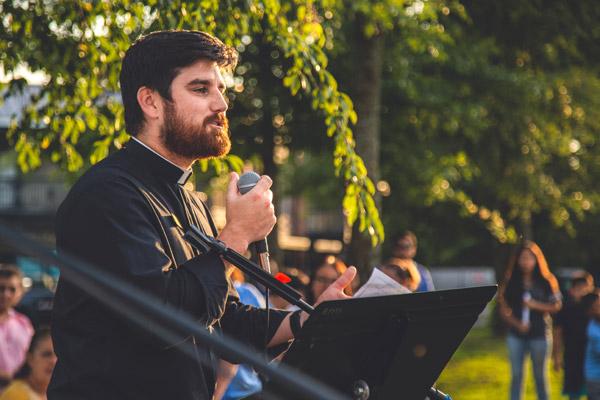 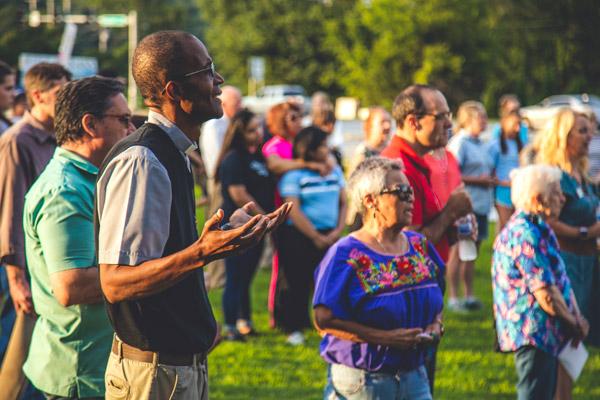 Planned Parenthood is now without a Fayetteville location 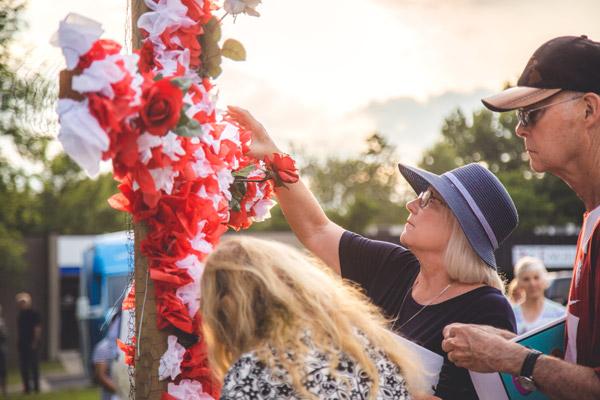 A tall wooden cross encased in wire stood at the Planned Parenthood clinic in Fayetteville. Individuals and families reverently approached, attaching red and white tissue paper flowers to signify both the suffering and love of Christ and innocence, memorializing the thousands of babies aborted at the clinic throughout the past seven years.

More than 100 people gathered for a closing prayer service at the clinic July 25, the day clinic officially closed because the landlord did not renewing its lease. The clinic stopped providing chemical abortions in early July and has yet to find a new location.

“It’s a glorious event, it was a very happy event but at the same time there was the sorrow in that we remembered all those that died there. Thousands have died there because of that abortion center,” Sheila Pursell, executive director of the Northwest Arkansas Catholic Respect Life Council, told Arkansas Catholic the day after the service.

Since the clinic opened, the faithful have prayed for the end of abortion and for young women to have a change of heart outside the clinic at 3729 N. Crossover Road. Prayerful protestors frequently and consistently prayed at the clinic and during efforts like the 40 Days for Life campaign, participation increased. During the spring 40 Days for Life, 430 people participated, Pursell said.

“All the people who showed up that have put in so many hours praying in front of that abortion center, and we just see the fruits of the prayers,” Pursell said.

“It is truly the body of Christ that comes together because there’s Catholics, Baptists, Evangelicals, Assembly of God,” Pursell said. “I brought that up that as horrible as abortion is, the one thing God brings out of it that’s good is it truly draws the body of Christ together. We have our doctrinal differences, but we are in one knowing truth.”

The Loving Choices ultrasound bus, nicknamed Alexandra, was also on hand for people to visit. It had been parking across the street from the clinic for about a year until the landlord allowed the bus in the parking lot toward the end of June.

“Planned Parenthood was furious,” Pursell said, but the impact was immediate. The first day the bus was allowed to park on the lot, a young woman coming for an abortion came on the bus, saw her baby on the ultrasound and decided to save her child.

“That just goes to show another lie of the pro-choice side. Why would it bother you for the girl” to have an ultrasound, Pursell said. “They want abortion. That’s where they make their money.”

“I think it’s an answer to lots of prayer and wonderful for a lot of innocent children,” she said of the clinic closing. “I think it’s a real blessing. I feel like the Holy Spirit is really moving.”

Last year, she organized a prayer group at St. Joseph to pray on Fridays in front of the clinic. They still plan to meet somewhere weekly to pray for “abortion workers, mothers that are confused and for the babies,” she said.

Planned Parenthood has been seeking a new location, but it has been a challenge because of both the controversy of leasing to an abortion facility and the reality of peaceful protestors being outside the clinic doors.

“It makes a difference. It’s that kind of witness that’s now benefiting us in Planned Parenthood trying to find another place,” Pursell said.

Beyond keeping close watch for a new abortion clinic location, the NWA Catholic Respect Life Council is planning to “advance the sacredness of life” through educational talks and setting up a booth at events like Razorbash, a student fair at the University of Arkansas, Pursell said.

They hope to also provide education regarding end-of-life issues.

“We want to establish a guild of the Catholic Medical Association in Northwest Arkansas so that we can have a venue of support for the vocation of medicine to our doctors and medical personnel,” she said.

But the Fayetteville clinic closing is a victory for the pro-life movement, thanks to those who have remained vigilant in prayer.

Bishop leads Stations of the Cross for end to abortion