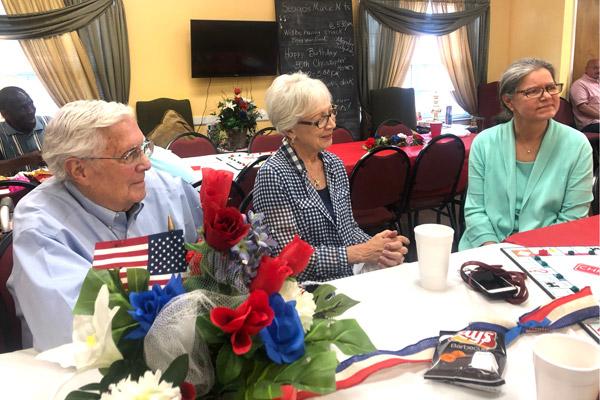 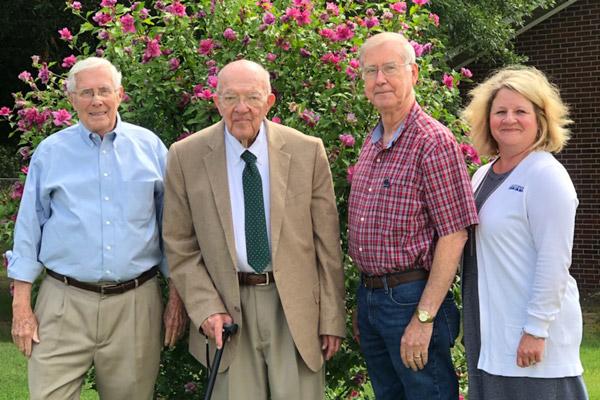 500 seniors, disabled in Arkansas have safe, clean housing thanks to diocesan ministry 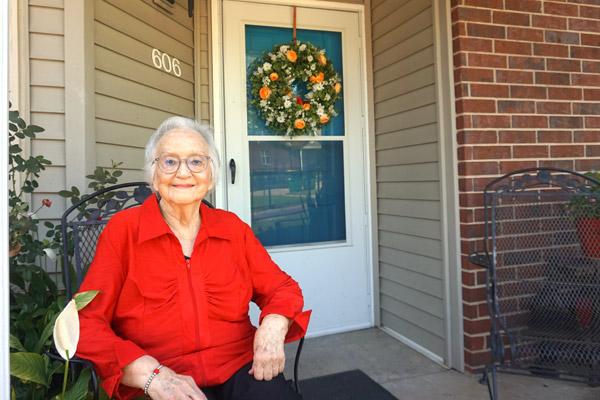 Christopher Homes: From one complex to 24 in 50 years

Virginia Stricklin has called Christopher Homes of North Little Rock “home” for about 21 years. She became a widow in 1973 and realized in her early 70s that “the worry of a house was more than I could stand.”

“It’s meant a comfortable place to live. When we get old, we’re widows, we don’t have a lot of income,” beyond programs like Social Security, the 95-year-old said. “… I don’t know of another place anywhere except Christopher Homes that offers seniors the benefits we get here.”

“I have five children (four living), I believe I could live in any one of their homes, but I prefer not to. I want to be independent,” she said.

Celebrating 50 years, Christopher Homes was founded in 1969 as a housing ministry of the Diocese of Little Rock focused on providing safe and clean housing for the low-income elderly and disabled. The nonprofit has grown over the decades to managing 588 apartments. Roughly 555 tenants are scattered throughout 24 housing complexes across Arkansas. Per Housing and Urban Development (HUD) requirements, Christopher Homes’ residents include at least one person in the residence age 62 or older or those with disabilities, 18 or older, and low income, varying by complex. Some complexes allow for age and income waivers, but rent amounts to 30 percent of a person’s adjusted income.

“I think the biggest achievement has been to operate a successful program for senior housing and management that others set their compass by. We get a lot of calls from others in the industry that glean information on how we do things and we help them,” said Liz Lopez, who has worked for Christopher Home for 16 years, the past seven as director.

In 1968, lay Catholic Mary Miles left a $100,000 trust to the diocese with the hope of establishing a retirement home for Catholics in Little Rock. Christopher Homes was incorporated the following year by Bishop Albert Fletcher. In 1984, funds from HUD allowed Christopher Homes to open a 62-unit complex in West Helena. The most recent addition, Christopher Homes Little Rock, a 20-unit complex, was added in 2012 and is considered “the baby of the family,” Lopez said.

Jim Davis, who worked in various roles at the Diocese of Little Rock for almost 25 years, served as the first executive director of Christopher Homes in the 1980s for roughly 14 years.

“I kept saying, ‘God I know there’s something you want me to do, and I really don’t know what it is, but lead me there’ and he did,” Davis said, leaving a banking career to serve the diocese.

Following this year’s legislative session, Arkansas became the only state to not legally ensure safe, habitable housing for renters, with HB1410 failing to pass. It would have created rental habitability standards and requirements for landlords.

“There’s still a need today for more housing; poor people who cannot afford decent housing, they just don’t have the income. There’s a lot of people out there on Social Security, but it’s a small amount of Social Security because they didn’t make much money in their lifetime,” Davis said.

Lopez said of their residents, “They love Christopher Homes. It’s communal for them, it’s quiet. The managers are very attentive to the needs of the residents going above and beyond just being a landlord,” including taking care of affairs if moving and even medical decisions if they do not have family.

In 2006, the nonprofit expanded to include a service coordinator program, allowing seniors to “age in place,” providing assistance in daily living, Lopez said. They have eight service coordinators throughout 17 properties, who help arrange everything from meals, housekeeping, transportation to shopping and medical appointments to help with voter registration, Medicaid, calling Social Security or Medicare. Lopez said the coordinators are available to both residents and others in the community.

While the goal has always been to provide safe housing, the nonprofit goes beyond just shelter. Lopez said she’ll never forget an “ornery” man in Brinkley.

When she came to do a pre-inspection ahead of a HUD visit, he opened his door about a quarter of an inch.

“He was very reluctant to let us in,” Lopez said. “… When I came back he put ‘under quarantine’ on his door.”

When she finally made it inside, he was sitting in his chair with swollen, almost blackened legs “seeping fluid.”

“First and foremost, for me it’s always, ‘How are you doing?’ He was not doing well. I said, “Can I just pray for you?’ He gave me an opportunity to pray for him, to minister to him,” said Lopez, a member of an Assembly of God church in Cabot.

He soon visited a doctor. “After that, every time I went to the property he would chase me down if I did not come to see him.”

“She broke down and started crying. I said, ‘Ma’am, did I say something to hurt you? I apologize if I did.’ She said, ‘No, this is going to be the nicest place I have ever lived.’ That really made me feel good to know we were helping people that really need help,” Davis said. “Feed the poor, house the homeless. I guess that was a calling.”

Looking to the future, Lopez said the nonprofit is “in the sprint right now” in filing a grant application with HUD, which will award 30 grants from $50 million across the country.

The proposed project will be a 20-unit property in Jacksonville, replicating the Little Rock property and the grant would total $2.3 million. Awards will be announced in November.

“We just need to gradually do what we do best. Add to our inventory and maybe see about managing other properties,” Lopez said.

Christopher Homes: From one complex to 24 in 50 years