Arkansas Catholic is more than what you expect 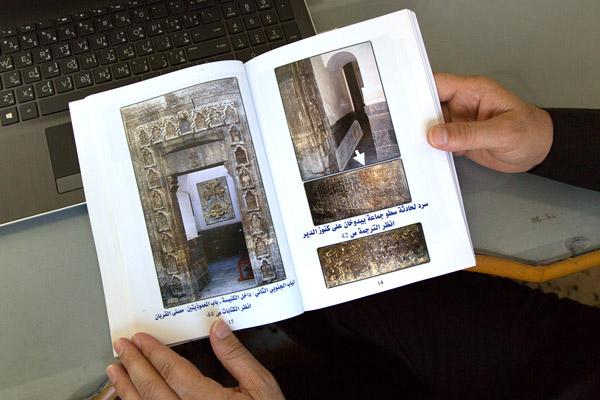 Past victims now can file charges in N.Y.

ALBANY, N.Y. (CNS) -- New York state’s yearlong “window” in the statute of limitations opened Aug. 14, allowing suits to be filed by victims alleging abuse by priests, church workers and employees of public schools, hospitals and other institutions no matter how long ago the alleged abuse occurred.

Forced to walk away with only prayers, hope

BEIRUT -- The first time a band of Islamic State militants “visited” the monks, they presented the monks with a kind of suggestion, in a nonthreatening manner: “Why don’t you become a Muslim?”

MINNEAPOLIS -- Five years after the Islamic State invaded northern Iraq and began systematically persecuting the country’s Christians, the Knights of Columbus are continuing their work of supporting Iraqi parishes that are rebuilding, Supreme Knight Carl Anderson said in his annual report Aug. 6 at the Knights’ 137th Supreme Convention in Minneapolis.

Can I ‘make up’ Mass missed on vacation?

Q. Now is the time of year when I book a summer tour for my family. I always try for a place where I know there will be an accessible Saturday evening or Sunday Mass; although my intentions are good, sometimes I am not successful. We then go to Mass as soon as we can on the trip, or right away when we arrive home. Is it OK to go to Mass during the week to make up for an unintentional miss on Sunday? (Question Corner, Seeds of Faith)

It’s hard to pray for the guilty like we should, sometimes

Son No. 2 and I have developed a routine over the past few months, meeting for coffee on Saturday morning and talking about whatever crosses the table. It’s a nice thing to do and we both look forward to it. (Columns)

When we let politics limit who we love

A reader called The Record a couple of weeks ago to ask this question: “Does God love the illegals?” (Guest Commentary)

Get in the game outside Sunday Mass

“You cannot be a Catholic and sit on the sidelines. To be a member of the Church means you’ve got to get in and get your hands dirty in the mix of the whole arena of faith from what we believe and profess to how we live and treat one another. ...” (Editorial)