Arkansas Catholic keeps you connected to the news

Can't decide? Subscribers can a print edition, digital or both filled with more content 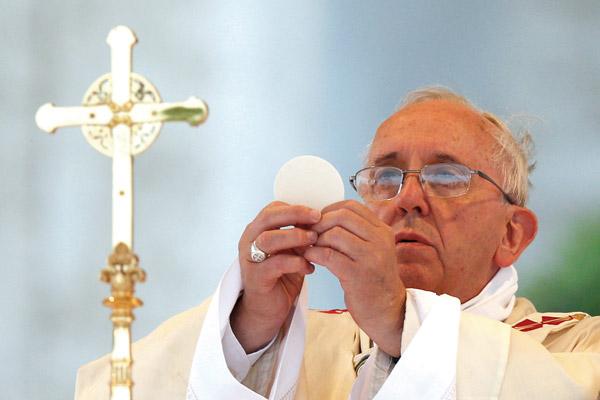 An alleged threat of gun violence posted online prompted the Catholic Schools Office to release a statement Aug. 26 emphasizing that student safety is a top priority.

The Real Presence: How to respond to the unbelieving?

WASHINGTON -- Do Catholics believe that the Eucharist is truly the body and blood of Christ?

WASHINGTON (CNS) — Several women’s religious orders, individual women religious and Catholic organizations such as Pax Christi and Jesuit Refugee Service were among more than 500 religious leaders and groups who signed an Aug. 23 letter to President Donald Trump urging his administration not to go through with plans to possibly end the country’s refugee resettlement program.

VATICAN CITY (CNS) -- Describing the Amazon rainforest as “vital for our planet,” Pope Francis joined the regions bishops in praying for action to extinguish the massive fires burning there.

Amid dark times, the power of loving encouragement changes lives

The Church has been under siege in recent times. Unfortunately, many of the wounds are self-inflicted. Some Church people who were supposed to love and support, in fact, used, took advantage of and abused those in their care. (Understanding our Church, Seeds of Faith)

“I have been through times that I have doubted God, and other times when I can’t get enough of him. I believe that God should be your best friend. You should be able to talk to him about anything. I do that with ...” (Youthspeak, Seeds of Faith)

Young men must be presented with a quest bigger than themselves

Mass shootings have become routine in our society. Sometimes people offer “mental illness” as an explanation for what motivated the shooter. This isn’t much of an explanation, really, and usually serves simply to close off further thought and reflection. (Columns)

Amazon synod is now more urgent than ever

A world synod focusing on the eight countries of the Amazon region doesn’t sound like it should be of any concern to the United States or any other part of the world except South America. (Editorial)