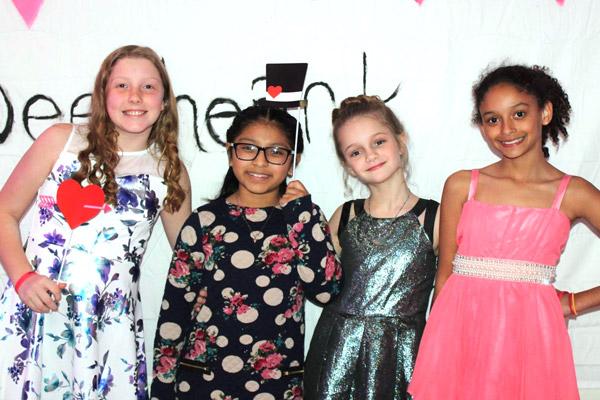 Part 1 of 2: The aftermath of school closings

Part 2: Where are St. Edward School’s students and staff now?

Mike and Susan Bishop were preparing to send their daughter Cassidy to fifth grade at St. Boniface School in Fort Smith, the only school she’s ever known. In late July, when most Catholic school families are busy shopping for classroom supplies and uniforms, they were instead looking for a new school.

It was the second blow to the Catholic school system in the state. St. Edward School, for students in pre-K4 through eighth grade, after previous teacher cuts and fundraising efforts, closed May 29 after 134 years in downtown Little Rock.

Area Catholic schools in Fort Smith, Little Rock and North Little Rock stepped up to offer places for students and, if able, teachers, still reeling from the loss of more than just places of education, but faith-filled communities.

Though the closure at St. Boniface School was abrupt for students, parents and teachers this summer, the recommendation resulted from a 10-month strategic plan from Catholic consulting firm the Institute for School and Parish Development, looking at the four Catholic schools in Fort Smith. It was a proactive measure, as Fort Smith public schools are realigning their schools, creating a middle school of sixth-eighth, rather than the current seventh-ninth.

In the summer, Father Mario Jacobo, pastor of St. Boniface Church in Fort Smith, explained that even endowment and private benefactors could not financially sustain the school. St. Boniface Church officials said in July that 72 students enrolled for the 2019-2020 year.

Sharon Blentlinger, principal at Immaculate Conception, said there were 30 children from St. Boniface’s elementary school and five from preschool who enrolled.

“There was some apprehension for sure, more so on the part of the older students at fourth, fifth, sixth who had been at St. Boniface their whole life,” Blentlinger said.

As with all new students, they were assigned a classmate who “knows the ropes” to help students acclimate. “I’ve noticed since Labor Day, the older students, their body language has changed. They smile more, interact more on the playground … I think they’re doing quite well. It’s hard to just get plucked out of a situation.”

A teacher aide’s duties were expanded and a part-time aide was hired to accommodate the growth.

“I’ve grown up here in Fort Smith, so I understand the traditions and bonds they have,” Blentlinger said. “… If two weeks ago you thought you were coming back to I.C. for your last year and we weren’t here anymore, it’s like the foundation is pulled out from under you.”

Mike and Susan Bishop have attended St. Boniface Church for about 11 years. Their oldest daughter, Thea, now a junior at Northside High School where Susan teaches English, attended St. Boniface School from kindergarten to sixth grade. Their daughter Cassidy was on the same path when the school closed. The couple was on different committees regarding the future of the Fort Smith Catholic schools and knew there were different recommendations for St. Boniface, including closing the school, Susan Bishop said.

“We knew there was a good possibility that St. Boniface was going to close, but we were really shocked they were going to close as soon as they did,” she said. “That was the worst part of it I guess, that it was so sudden. So we basically had three weeks to figure out what we were going to do.”

The Bishops grappled with anger and sadness in the midst of trying to decide whether to keep their daughter in a Catholic school, as a highly rated public school was nearby.

“One thing we loved about St. Boniface, that I think in the end was detrimental, was its small size. Sixth grade would go down to the kindergarten and read them stories; teachers would work together on units, even among grades. My kids literally knew every other kid at that school. That’s one of the precious moments I thought. You knew everyone, you knew every family. Because it was so small it had that family feel,” she said. “… It was so diverse with the students. There were minorities, different socio-economic levels, we really embraced that and appreciated that about the school.”

The family enrolled their daughter at Immaculate Conception, but she was hesitant. It helped that her two best friends now also attend I.C.

“Everyone has been super nice and not in a gleeful way; I never felt like anyone was like ‘Yay, you’re at I.C.’ They felt for us and were commiserating with us,” she said.

“I think it was Friday the first week of school I was picking Cassidy up and Mrs. (Sandi) Waynick (fifth-grade teacher) walked her to the car, she hoped Cassidy had a good week,” Susan said while starting to cry. “‘I know it’s been hard, I know it hasn’t been easy’ and that really meant a lot to me. It was a big deal, it wasn’t just nothing, moving to a new school.”

Misty Helms taught second grade for most of her seven years at St. Boniface School. She left her job in May and now teaches third grade at St. Joseph School in Paris.

“I was shocked that it was happening just a few weeks before school started. I immediately started thinking about those teachers that stayed,” she said. “… I have talked to some of them. There’s so many emotions right now.”

Adjusting to a new school and routines can be a challenge, but Helms said she feels blessed to continue teaching in a Catholic school where God and relationships are priorities.

“I’m learning a new curriculum … which I’m excited about, I do like to learn new ways of teaching. But it gets overwhelming sometimes learning everything over; you get so comfortable in a school. So many of the parents trusted me at St. Boniface, so I’ve got to build that trust at a new school now.”

She keeps in touch with many of her former parents on social media.

“I cried that whole first week (of school); you worry about them in different schools and you know they’ll be OK, but you get so attached to them,” she said. “It was like a little family and they’re having to leave that family. It’s hard.”

After the closing of St. Boniface, 40 students were quickly registered at Christ the King School in Fort Smith, including six who hadn’t attended St. Boniface before, but had registered for this coming school year, bringing enrollment to 284. Because of the increase, the school hired another sixth-grade teacher, to replace first-year principal Myndi Keyton’s teaching vacancy, which she held for 20 years.

A cafeteria worker was hired from St. Boniface along with Spanish teacher Wendy Fountain, who was told about a week before the closure they were ending the Spanish language class.

“We did talk as a faculty, making sure we paid attention to the new students, especially the ones who came from St. Boniface and make sure our students are being welcoming to them,” Keyton said, adding that some new students even ran for student council officers. “We would hate for them to lose the ability to go to a Catholic school just because their school had closed.”

At both schools, students are paying the tuition rate offered by St. Boniface for the school year and any other previously made financial arrangements. Ongoing discussions are being made in regard to reimbursement from the St. Boniface School endowment toward C.T.K. and I.C.

“I’m very grateful … this year, we didn’t have to worry about that. But it is something we’ll have to address for next year and that’s something I worry about,” Susan Bishop said.

Part 1 of 2: The aftermath of school closings

Part 2: Where are St. Edward School’s students and staff now?