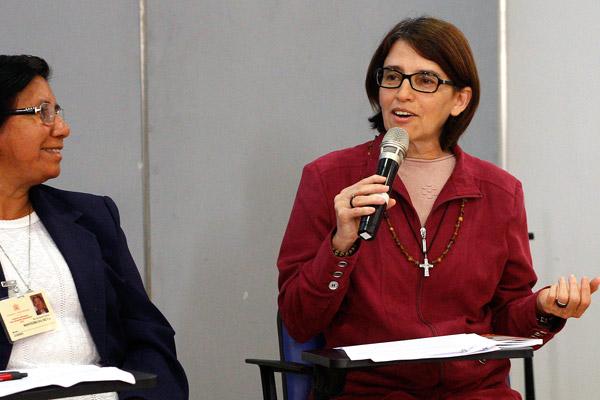 Sisters: Women’s role in Amazon Church does not depend on having diaconate

VATICAN CITY -- Whether or not the Synod of Bishops for the Amazon helps open the door to ordaining women deacons, women will continue to play a fundamental role in ministry in the Church in the region, religious sisters said.

MEXICO CITY — The Mexican bishops’ conference called for calm and reflection after well-armed members of a drug cartel descended on the city of Culiacan and forced Mexican security forces to release the son of convicted cartel kingpin Joaquin Guzman Loera, known as “El Chapo.”

When can I receive the Eucharist again?

Q. My husband and I, both Catholic, separated for four years — he had borne a child outside of our marriage — but we reconciled earlier this year. (Question Corner, Seeds of Faith)

My beloved and I were out walking the hounds the other evening and as we approached the mouth of our cul-de-sac, the flashlights picked up some writing on the pavement. At first, we thought it was merely the neighbor kids scrawling something or other — a drawing, a hopscotch, tic-tac-toe. But it turned out to be much more than that. (Columns)

Halloween should not scare you

Sometimes kids can be way more sensible than grown-ups. (Columns)

A post-Roe world seems to be becoming more of a reality in Arkansas and across the country. As we observe Respect Life Month in October, it is the perfect time to take account of what has happened in our state recently and what is expected to happen regarding abortion. (Editorial)