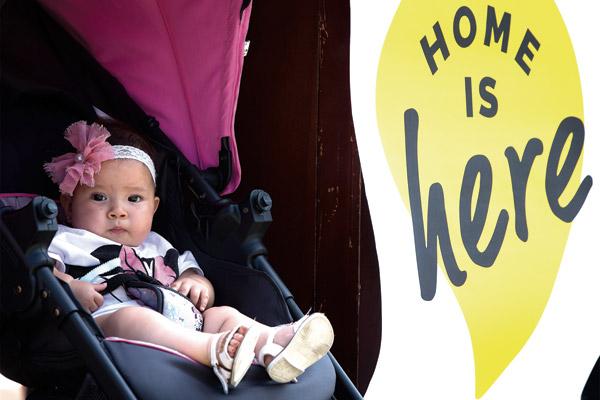 WASHINGTON -- Catholic leaders joined more than 35 other groups that have filed friend-of-the-court briefs urging the Supreme Court to support the Deferred Action for Childhood Arrivals policy, known as DACA.

Lead-up to 2020 elections shows why civility is important

WASHINGTON -- Rancor in politics, especially these days, may be the norm, but a nationwide effort is underway to remind people that civility in political discussions is a virtue.

Pope warns: If Church does not evangelize, it will decay

VATICAN CITY -- The Catholic Church must follow Jesus’ command to preach the Gospel to every person, otherwise it will not fulfill its mission of bearing witness to Christ, Pope Francis said.

St. Joseph School principal Diane Wolfe and her husband Keith, who teaches industrial technology at the school, pose with a 1929 Ford Model A Roadster at the ... (Schools photo)

Do I have to go to Mass with this painful disorder?

Q. In a few weeks I will turn 65 years old. I have arthritis in most of my joints; in the early spring, when it’s rainy and damp, the arthritic pain can be unbearable. Is it a sin to miss Sunday Mass, given the ... (Question Corner, Seeds of Faith)

I grew up hearing stories about life in the coal mines. They were delivered in my grandfather’s heavy Italian accent, and often concluded with a punchline I didn’t entirely understand. (“Can’t a guy make a u-turn in this place?”) (Columns)

A cry for justice for Christians of the East

Syrian Christians have been neglected, forgotten and cast aside like “the scum of the world,” charged the patriarch of the Syriac Catholic Church. (Guest Commentary)

Federal bill is about caring for the dead

Certainly all Americans would have the same question after hearing that more than 2,000 aborted babies were stored on property in Illinois owned by a now-deceased abortion doctor: How could this happen? (Editorial)